A Glimpse into How Frida Kahlo Used Fashion to Empower Herself 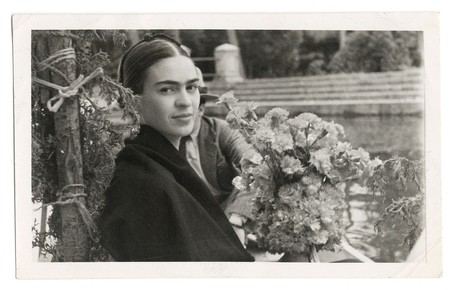 The art of Frida Kahlo, quite possibly Mexico’s most famous female artist, has become an inspiration for designers of haute couture, celebrities, and indidviduals looking to buck the typical stereotypes of female beauty. In 2004, Kahlo’s iconic wardrobe was set on display for the world to see after 50 years of sitting in her bathroom at La Casa Azul, a wardrobe that’s emblematic of why she has become a role model for so many.

Connecting to her heritage

Kahlo made a statement about her heritage as a mestizo Mexican (of both European and indigenous descent) by choosing to wear the traditional dress of the Tehuana women of Oaxaca. A fierce feminist and probably the most recognizable female figure of the Mexicanismo movement, Kahlo’s choice of peasant, indigenous dress from an indigenous matrichial community spoke for all the things she fought against as an artist and activist—misogny, appropriation, classism, and racism.

Kahlo’s mother was from the Isthmus of Tehuantepec and so, while affirming her politics to the outside world, she was also taking part in a long-held family tradition. La Casa Azul features photos of all the women in Kahlo’s family dressed similiarly in these brillantly colored and spectacular long skirts and embroidered tops. 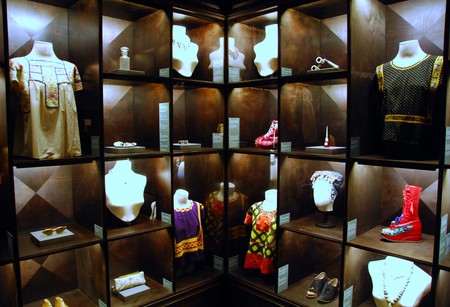 Much of what Kahlo wore was an attempt to both hide and decorate her badly maimed body; after suffering from polio at a young age, one of Kahlo’s legs became shorter and thinner than the other. Her long, flowing skirts tended to cover this imbalance but her massive collection of whimsical shoes and boots proved she would not surrender her fashion because of shame.

Kahlo’s beautiful, sometimes grotesque, but always fascinating corsets made from plaster, leather, and metal were used to support her weak frame. A traumatic trolley accident when she was a teenager subjected her to surgery after surgery to repair the damage in her spine after a metal rod had pierced her abdomen. She often painted and embellished her painful contraptions, taking power over the medical corsets that had been forced upon her after her tragedy. 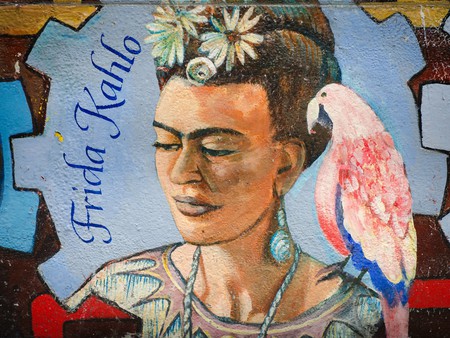 In 2018, we may think that Kahlo’s unibrow and mustache weren’t a big deal in 1930s and 40s Mexico, but we would be wrong. Facial hair was taboo even then, yet Kahlo painted in her unibrow with an eyebrow pencil (to darken it) and did nothing about her sprouting facial hair. She wore boxy, loose clothing that wouldn’t ‘show off’ her figure and intertwined brightly colored flowers and ribbons in her traditionally-styled braids instead of opting for a more modern hair style.

Today, all of these things set Kahlo apart in the eyes of the natural beauty acceptance movement, but they also set her apart in her world and in her own era. The wild choices not only in her wardrobe, but with her jewelry and accessories, were clearly the choices of a woman who dressed for no one but herself and who reveled in her beauty. In a time when not many women felt free to be outrageous, Kahlo remained a beacon of that freedom. 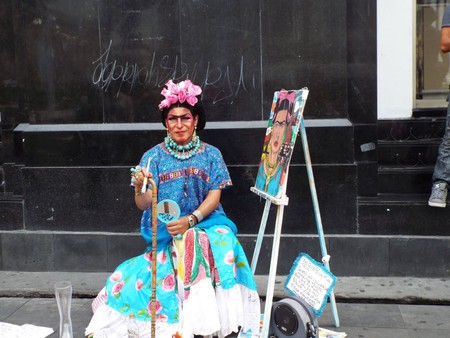 Kahlo was married for many years to painter Diego Rivera but both had various affairs during their time together—Kahlo’s were with both men and women. She was as passionate a lover as she was an artist, expressing her bi-sexuality through her work and her wardrobe. In addition to going against classic feminine ideals with her unibrow and mustache, she was also photographed in mens’ suits, her hair tightly pulled back from her face, looking very much like a male version of herself.

Kahlo’s fashion was bold, bright, and unapologetic and she’s been honored by the imitations of her style around the globe. For a peek inside the closet of the famous inspirational woman, check out the permanent display of her wardrobe at La Casa Azul in Mexico City.