The hipster Roma Norte neighbourhood is a well-known foodie hot spot in the heart of Mexico City. Filled to the brim with quaint cafés boasting pretty outdoor seating areas and top-quality restaurants that have received both critical and commercial acclaim, there are plenty of spots at which to eat and explore in this leafy area. With that in mind, here’s a meal-to-meal guide to eating your way through Roma Norte, Mexico City. 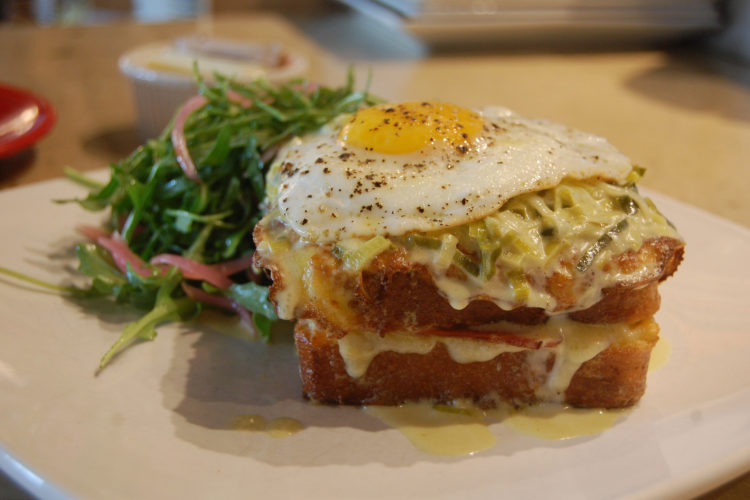 Croque Madame, like you can find at Lalo | © stu_spivack/Flickr

There’s no better place for a fancy breakfast with multicultural influence than Eduardo García’s popular café, Lalo!. Communal tables, vibrant wall art and a youthful, buzzy vibe dominate this petite but perfectly formed spot, and the Croque Madame has been hailed as one of the best non-Mexican breakfasts you can get your hands on in Mexico City. If you fancy something lighter, consider French toast or a pastry. Alternatively, get a bit more Mexican with the now-ubiquitous avocado toast.
More Info
173 Zacatecas, Roma Norte, Ciudad de México, Ciudad de México, 06700, Mexico
+525555643388
Visit website 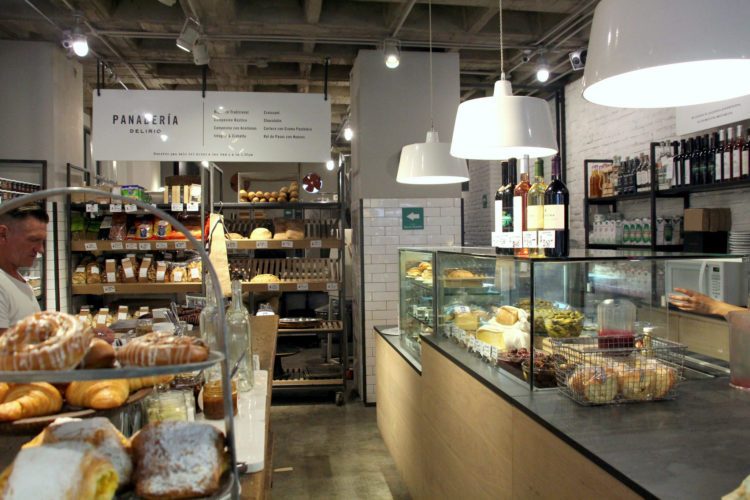 If you don’t fancy waking up early to get your food tour of Roma started, then you can sleep in and head to Delirio for brunch instead. Minimal, quirky and very ‘Roma’, this laid-back spot is twinned with one of the best eco-friendly cafés in Mexico City, Abarrotes Delirio. Because of that farm-to-table vibe, menus change weekly, although the variety of freshly baked bread remains a standout, reliable option, and they also have some incredible coffees, featuring extras you’d never have considered adding to your morning pick-me-up. Although you can have a DIY brunch there daily, Sundays are the designated brunch days.
More Info
116 Monterrey, Roma Norte, Ciudad de México, Ciudad de México, 06700, Mexico
+525555840870
Visit website

Casual, Modern
Café de Raíz
Cafe, Coffee Shop, Mexican, Coffee, Tea , Vegetarian, Street Food$$$
Alternatively, for a more off-the-beaten-path brunch option in the Mexican capital, try Café de Raíz, a modest spot that showcases Veracruz-inspired cuisine. Run by the brother and sister partnership of Mardonio and Pola Carballo, this is a local favourite that serves exquisite tamales and some of the best coffee in the neighbourhood, alongside simple but well-executed brunchtime dishes. Enjoy them to go in the nearby Plaza Luis Cabrera.

Casual, Relaxed
Los Loosers
Restaurant, Mexican, Japanese, Vegan, Vegetarian, $$$
Mexico City was once a difficult destination for vegetarians and vegans, overwhelmed by meat-heavy tacos and streetside antojitos instead. In fact, you’d be lucky if you could enjoy anything beyond a quesadilla in the capital at times. Nowadays, that’s all changed, and one of the up-and-coming lunchtime cafés leading the charge of vegan eats in Mexico City is Los Loosers, a recently opened Roma Norte café that serves up Mexican-Japanese vegan fusion dishes. It also offers an innovative bike delivery service.
More Info
236 Sinaloa, Roma Norte, Ciudad de México, Ciudad de México, 06700, Mexico
Visit website
Visit Facebook page

The second appearance for Lalo!’s Eduardo García comes with the restaurant he actually opened first – Máximo Bistrot, known for its eco-conscious décor and for sourcing the produce and ingredients from local markets on the daily. It’s also a cracking place to grab a great lunch while in Roma Norte – if you have a little wiggle room in your budget that is. Do, however, make a reservation if you fancy lunching on the regularly updated and spectacular creations offered here. 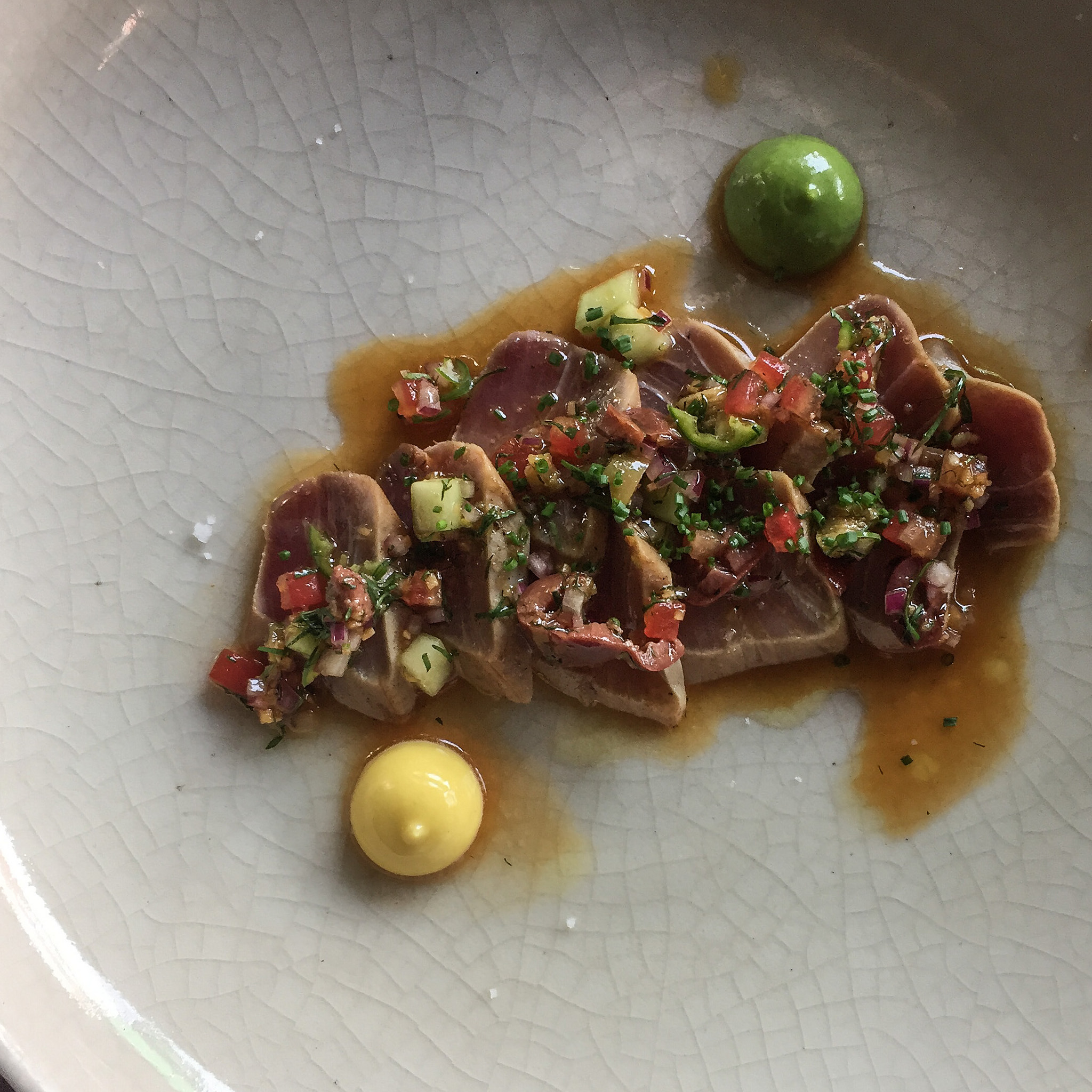 Pan Comido
Restaurant, Cafe, Mexican, Vegan, Vegetarian, $$$
If you want another vegan- and vegetarian-friendly lunch option in Roma Norte, Pan Comido is one of the old faithful joints of the neighbourhood that’s known for its eco-friendly credentials and great, simple but delicious, dishes. Take the breakfast burritos or the freshly baked cookies that pair delightfully with their strong coffee that will pick you up from your mid-afternoon slump. In fact, they’ll even give you a free coffee if you donate some empty jars!
More Info
91 Tonalá, Roma Norte, Ciudad de México, Ciudad de México, 06700, Mexico
+525543984366
Visit website
Visit Facebook page

Arguably the hottest Mexico City restaurant opening of 2017 so far, which says a lot for a city with a culinary scene in constant renovation, Lorea only opened in February, but it has rapidly become a must-visit spot in Roma Norte. The menu is composed of nothing but seasonal tasting menus, ranging from a manageable nine to a whopping 14 courses. Reservations are, understandably, obligatory, so don’t just drop by and expect a table.
Blanco Colima
Restaurant, Mexican, Fusion, Contemporary, Vegan, Vegetarian, $$$$
Blanco Colima is the collective name of a huge historic building that houses two restaurants, a bar and a patio, and it is a must-visit for food lover’s in Roma Norte. As you might gather from the upscale vibe, this is not the most budget-friendly location in the world; however, it is worth the splurge. The fine-dining restaurant you want is called Lázaro, a spot known for its highly creative and seasonal dishes made from locally sourced produce.
http://instagram.com/p/BUfs07xjwuA/?taken-at=1017320379&hl=en
More Info
168 Colima, Roma Norte, Ciudad de México, Ciudad de México, 06700, Mexico
+525555117527
Visit website 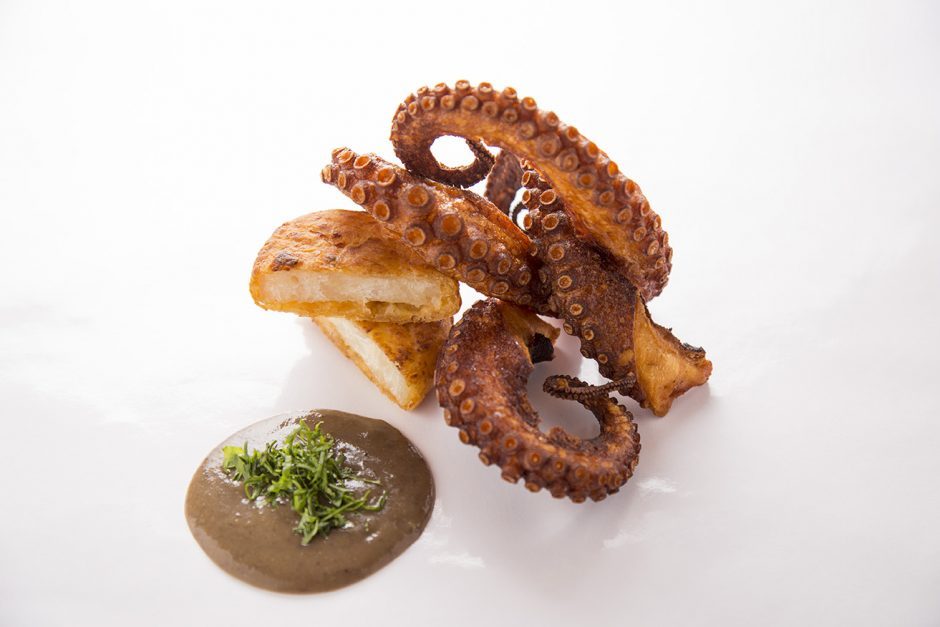 Fusion food has rarely been done better than at the Daniel Ovadía and Salvador Orozco-led Nudo Negro, in Roma Norte; they seem to combine classic Mexican cuisine with Asian influences and cooking techniques effortlessly. While the main course options are to die for, it’s the desserts that some people consider to be the real winners at Nudo Negro, alongside the flawless service and refreshing outdoor seating options.
More Info
53 Amsterdam, Colonia Condesa, Ciudad de México, Ciudad de México, 06100, Mexico
+525555788779
Visit website
Visit Facebook page 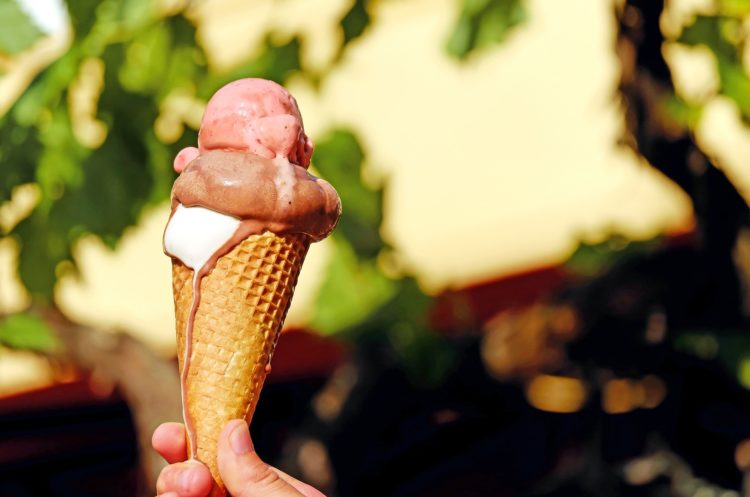 If you’re still in the mood for dessert after a day of eating your way around Roma Norte, then Helado Obscuro, known for its comically named and lightly (or not) boozy ice creams, is the quintessential spot to visit. They have a few branches across the city, including one which doubles as a bar – talk about knowing your audience – but you can’t go wrong by stopping off at the Roma branch. Order the super chocolatey vodka concoction or a more refreshing water-based ice lolly.
More Info
203 Orizaba, Roma Norte, Ciudad de México, Ciudad de México, 06700, Mexico
+525555648945
Visit website
Visit Facebook page

Casual, Quirky, Unusual
Mercado Roma
Food Court, Mexican, Turkish, German, North American, $$$
Finally, if you’d rather dip into various cuisines all under one roof, then you have to visit Roma Norte’s flagship gourmet food market, Mercado Roma. In this fascinating labyrinth of booths and stands, which is Tardis-like once you step over the threshold and constantly full of people, you can find anything from Fernando Martínez Zavala’s new venture Seneri to the Biergarten Roma and even niche spice shops and Turkish coffee.