A Food-Lover's Guide to Feasting in Los Cabos 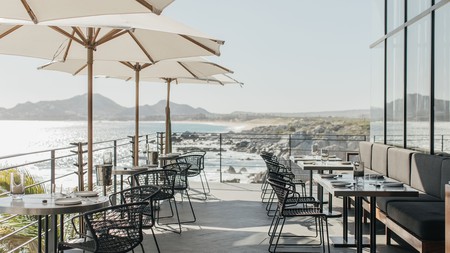 Outdoor dining at Manta at the Cape comes with spectacular ocean views | © Maureen Evans - The Cape, a Thompson Hotel
Paid partnership with

When it comes to exploring the fiery flavours of Mexico there’s nowhere better than Los Cabos, where you’ll find tacos piled with fresh Pacific seafood and novel takes on centuries-old recipes.

Baja California is known for its dramatic desert landscape and surfable beaches, but it’s also home to one of the most exciting food destinations in Mexico. The twin cities of Cabo San Lucas and San Jose del Cabo, aka Los Cabos, have caught the attention of world-leading chefs and mixologists, who have opened restaurants, bars and taquerias celebrating the country’s diverse culinary traditions. Make the most of every meal with our guide to the best tables in town. 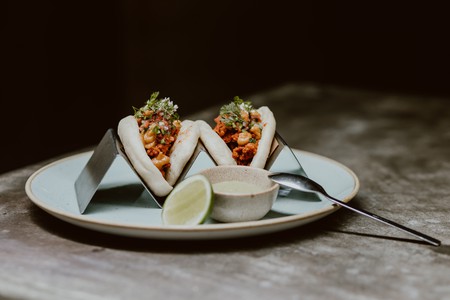 Watch the waves crash on the bay of Cabo San Lucas at the most coveted sunset-watching spot on the coast. The restaurant is built on rocks that jut out into the sea, and tables face out towards The Arch and Lover’s Beach. Chef Jacob Ramos has Michelin-star credentials, so it’s unsurprising that his food is some of the best in Los Cabos. His tasting menus showcase the seafood native to Baja California – such as chocolate clams and half-moon scallops – alongside dishes with unusual flavour combinations, such as duck sausage pappardelle with orange and pistachio. After dinner, hop over to the adjacent bar, Jazz on the Rocks at Sunset Point, for live music and a round of smoky mezcal cocktails. 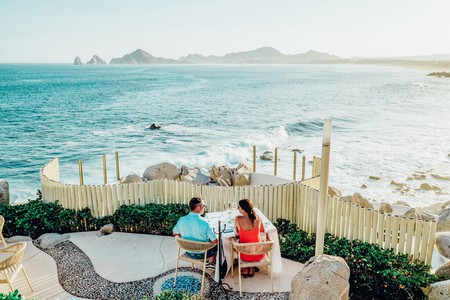 Created by Enrique Olvera – the chef behind Pujol, in Mexico City – minimalistic Manta at the Cape is all about food from the Pacific. Olvera has boldly combined elements from Mexican, Peruvian and Japanese cooking, so you can try dishes such as ceviche with leche de tigre and habanero, or mushroom ramen with epazote, beans and pasilla. It’s right on the edge of Playa Monumento beach and lets the views of Cabo San Lucas’ rugged shoreline shine through floor-to-ceiling windows, but it’s the tables on the terrace that are made for sunset dining thanks to the uninterrupted ocean views. 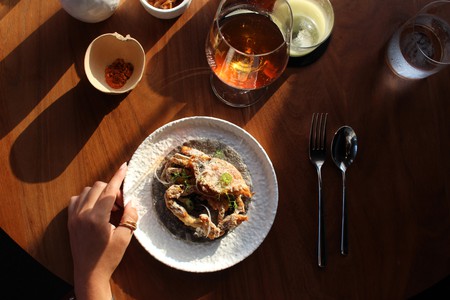 Feast on crab tacos at Manta at the Cape, a restaurant that’s all about fresh seafood | © The Cape, a Thompson Hotel

Contemporary Mexican cuisine is the focus of the menu at La Revolución, which has an equally impressive cocktail menu. Drinks are served in soup tins and watering cans and champion Mexican ingredients such as poblano chili and a boiled wine from Valle de Guadalupe. Each pairs with one of the restaurant’s dishes, which include a tomahawk steak grilled over firewood and served with a nopal cactus salad and homemade corn tortillas. 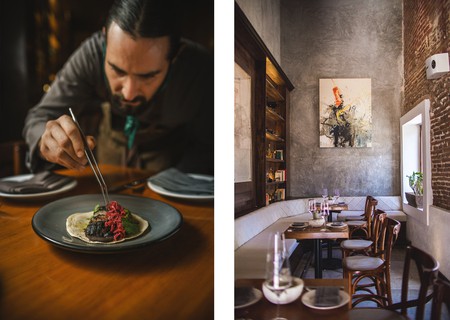 Los Tres Gallos restaurants capture the spirit of Mexico with their brightly painted, hacienda-style courtyards, hand-rolled tortillas and mood-lifting mariachi music. There’s one in each city of Los Cabos, and if you want to dive into the country’s most traditional flavours these are the places to come. Specialities include cochinita pibil – Yucatán pit-roasted pork marinated in achiote, bitter orange and herbs – and tuétano, a rich, bone-marrow dish. Don’t miss the gooey queso fundido (which translates as “molten cheese”) and wash everything down with a few margaritas, served in hand-painted cups made from upcycled tequila bottles. 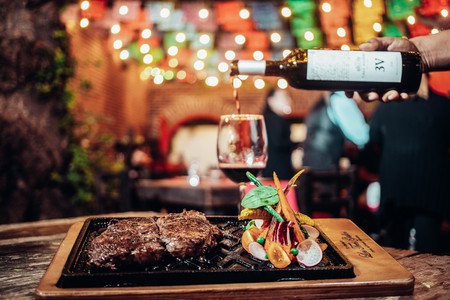 The rest of the world is playing catch-up with Los Cabos, where the farm-to-table scene has been flourishing for years. This relative newcomer, carved from smooth concrete and fringed with bamboo and cacti, serves food made with fresh ingredients grown steps from your table in the foothills around San Jose del Cabo. Visit at lunchtime for vibrant tomato salads and shrimp tostadas, or book a table for dinner to tuck into braised short ribs and kabocha soup with duck chicharron and black truffle oil. 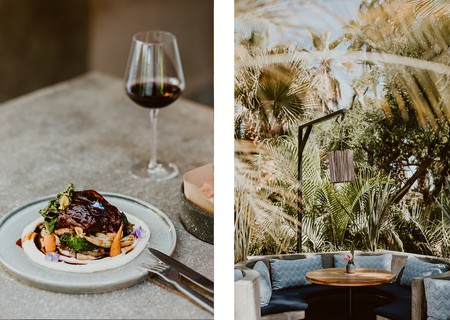 Acre Baja is a foodie oasis, where they’ve been championing local ingredients for years | © Romana Lilic

This romantic waterside restaurant capitalizes on its coastal vantage point with an ocean-facing terrace and plush, cushioned booths. Palapa roofs and swaying palms give the place a breezy, laid-back atmosphere, perfect for lazily sipping cocktails shaken up with ingredients such as homemade hibiscus syrup, pink pepper and ancho-chili liqueur. No order is complete without a side of the creamy guacamole de la casa, and you should visit in the morning if you’re in the mood for a classic Mexican breakfast – the chilaquiles are unforgettable. 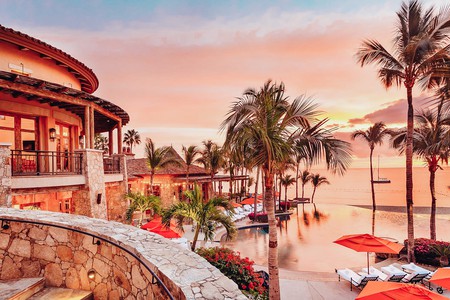 With a pretty, tiled courtyard and live music after sunset, this downtown cantina-style restaurant has a well-earned reputation as one of best taquerias in Los Cabos. The menu doesn’t shy away from some of Mexico’s more adventurous ingredients (grasshoppers, beef tongue and cactus paddle all feature) and those in search of heat will enjoy the fiery pibil suckling pig taco which comes with habanero two ways: as a purée and a salsa. But if your tastes are more moderate, you’ll be well catered for too, with options spanning a lemony grilled shrimp salad and tacos made with the catch of the day. 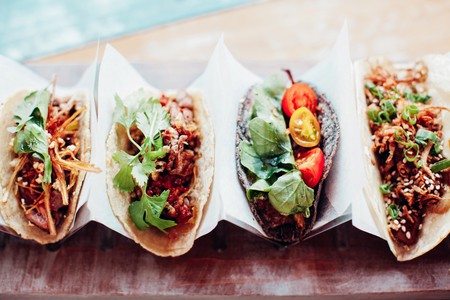 Lupita is a rustic-chic cantina that serves some of the best tacos in the area, along with a selection of mezcals to accompany them | Courtesy of Los Cabos

Book now, get inspired and plan your next trip to Los Cabos at visitloscabos.travel

If you’re visiting Los Cabos, check out local health and safety protocols and check websites of individual attractions and businesses for possible restrictions to services and opening times.