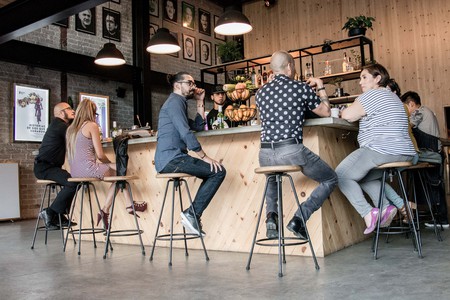 For film fans in Mexico City, there’s plenty to do; you can seek out shooting locations, enjoy an arthouse flick at one of the city’s many indie cinemas or catch a new release at a local film festival. With that in mind, here’s our toe-in-the-water, introductory film lover’s guide to Mexico City.

Where to watch films in Mexico City

Aside from the two main cinema chains in Mexico, Cinemex and Cinépolis, where can you watch movies in Mexico City? Here are some of our best picks, ranging from the uber-popular to the lesser-known arthouse cinemas in Mexico City. 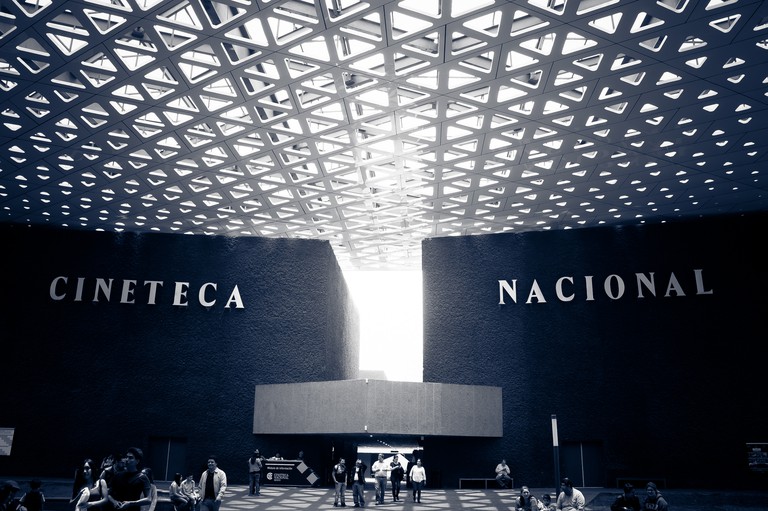 Cineteca Nacional | ©W & J/Flickr
No film buff can visit Mexico City and not stop by the Cineteca Nacional, an architecturally impressive edifice that sits in the south of the city and houses a wealth of Mexican cinema history beneath its shiny modern façade. Aside from storing a ton of cinematic archives, the Cineteca is also well known for hosting indie flicks from around the world that you won’t find in mainstream cinemas. Tickets are cheap but sell out fast, so get there in advance.

Cinema, Movie Theater, Theater
Facebook
Email
Twitter
Pinterest
Copy link
Share
Map View
You’d never imagine that the basement of a popular hotel could double as an awesome arthouse cinema, but that’s exactly the case with Mexico City’s Hotel Condesa. Each week, excellently curated film line-ups are hosted onsite and sometimes in partnership with the aforementioned Cineteca Nacional. Oh, and entry is free, plus there’s complimentary popcorn at the door.

A multi-purpose venue, hosting cinematic endeavors, plays and concerts, Cine Tonalá in the edgy Roma Sur neighborhood of Mexico City is the perfect place to catch underrated, indie films in the capital. There’s also an onsite bar and restaurant if you’re feeling peckish. 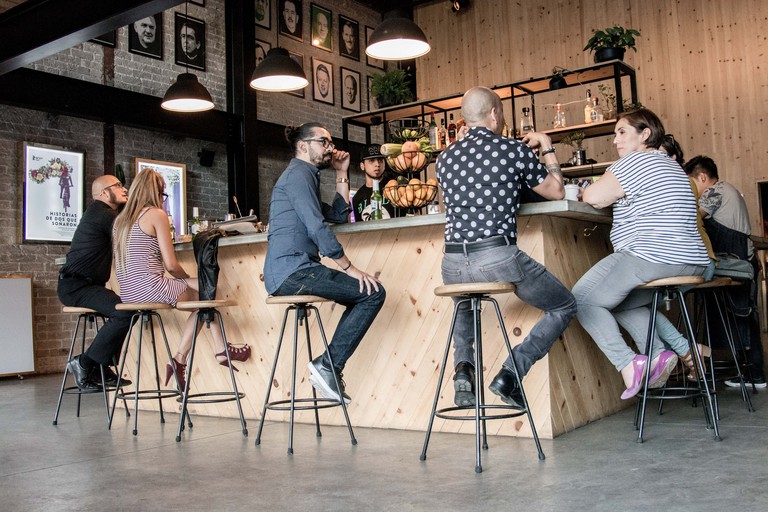 Films made in Mexico City

Plenty of films have been shot in Mexico City, partly or in full, but here are just two of the most influential ones from recent years. If you want to know exactly what to watch before coming to Mexico, check out this guide.

Spectre, the blockbusting James Bond flick, is easily the most internationally recognizable movie to have been filmed in Mexico City in recent years. What’s more, this film was not only influenced by Mexican culture, in the form of Day of the Dead, it also added to Mexico City tradition in a surprising and unexpected way. That huge parade scene in Spectre, complete with dancers, people dressed as skeletons and giant figurines? That was created by the filmmakers, but has now been adopted as a Mexico City tradition.

Perhaps a lesser known title than Spectre, but no less influential, is the 2000 Mexican classic Amores Perros. Headed up by a then relatively unknown pairing of Gael García Bernal and Diego Luna (you might have heard of them?), Amores Perros showed the seedy underbelly of Mexico City through the use of a lengthy but inventive triple storyline crossover that featured car crashes and dog fights. Fun fact: it was influenced by fellow Mexico City based movie, the Luis Buñuel classic Los Olvidados.

There are innumerable filming locations dotted across Mexico City, but we think these are the most interesting and noteworthy spots that film lovers will want to check out.

While Colonia Condesa’s Super Carnicería no longer exists, it once served as the backdrop for the pivotal plot point car crash in the aforementioned Amores Perros. Nowadays, this slice of cinematic intrigue in Mexico City is marked by a plaque commemorating the spot and serves as a reminder that much of that ‘gritty’ Mexico City-based film was actually shot in the swanky Condesa district. 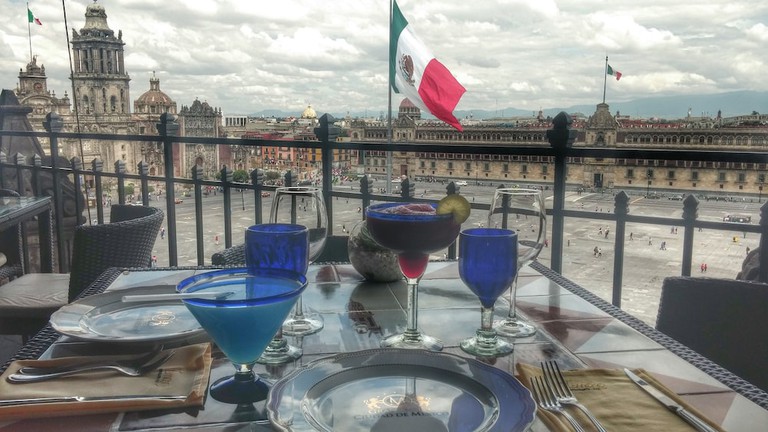 View More
Unavailable for the next 3 months
The Gran Hotel de la Ciudad de México is one of the most beautiful attractions in an already pretty spectacular historic center. It was also a key backdrop in another Bond film, Licence to Kill.In fact, this art nouveau, glass ceilinged showstopper of a hotel was re-imagined as Hotel El Presidente in Licence to Kill’s fictional ‘Isthmus City’. Interestingly, this is supposedly the only building to feature in two separate Bond movies, making a brief appearance in Spectretoo.
More info 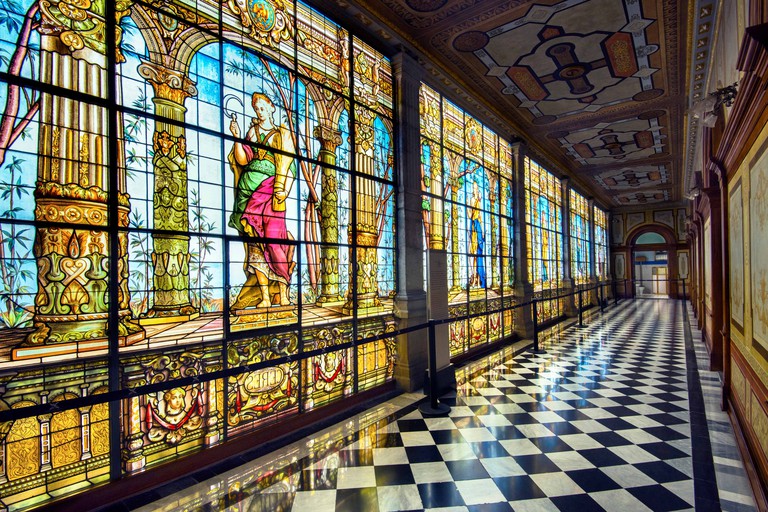 © Jon Arnold Images Ltd / Alamy Stock Photo
A popular tourist attraction and former Royal residence, Mexico City’s Castillo de Chapultepec is now a renowned history museum with a view. However, in the mid-90s it was used as the set for some of Leonardo DiCaprio and Claire Danes’ most important Romeo + Juliet scenes. In fact, it’s where they first lay eyes on one another and fall in love, at the Capulet’s masquerade ball.

The State of Mexico rubbish dump

So, it might not seem like a great place to visit (and it isn’t), but it is worth mentioning the Matt Damon’s 2013 film Elysium was shot in and around Mexico City, including on one of the world’s largest rubbish dumps. According to Damon himself, one of the specific spots on the dump was literally called ‘poo river’. Nice. Aside from the rubbish dump, the impoverished cluster of buildings that swell up and over the Mexico City mountains also served as dystopian backdrops in this sci-fi action flick.

Finally, if you’re lucky enough to be in Mexico City during March (which is roughly the time when Gael García Bernal’s popular film festival Ambulante comes rolling through town), then you have to take advantage and catch a few of the always excellent cinematic offerings. 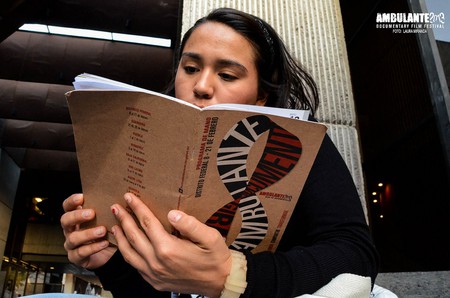 Ambulante | © Festival Ambulante/Flickr
Give us feedback