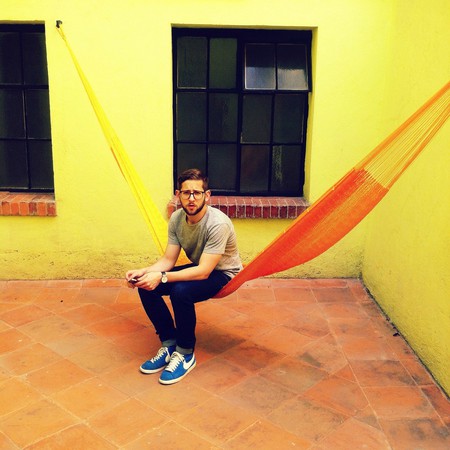 So, you’re planning on heading to Mexico City because you’ve heard the food is cheap and the beers are delicious – well, you’re not wrong! However, if you’re working with a tight budget, even in such an affordable place as the Mexican capital, it can be a bit daunting knowing just where to begin. Here’s our guide for the budget traveller in Mexico City.

Eat on the street

Street food is without a doubt one of the best things about Mexico in general, but especially Mexico City. In fact, the street food scene in the capital has even been recognised by UNESCO! While you’ll undoubtedly have heard horror stories about stomach bugs and questionable meats, don’t let them get to you. The best thing to do is look for a stall with a ton of people hovering around it, preferably locals! Some of the must try Mexico City snacks can be found here. 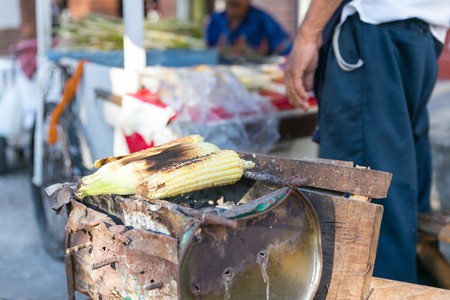 Dive into the world of comida corrida

If you’re wary of street food, or want to sit down to a table rather than eating off a plastic bag covered plate on the street, then you should hunt down a reliable looking comida corrida restaurant or fonda. These are small locales that offer a set menu (usually a starter, main, small pudding and drink) for a fixed price of anywhere from MXN$40 to MXN$80. While they may be known as comida corrida, they’re far heartier, tastier and healthier than McDonalds! 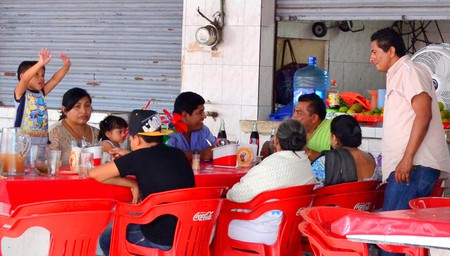 Mexico City is teeming with free bike rides that anyone can take part in and you won’t even have to pay for bike rental! Since the introduction of the bike share scheme, you can simply grab one and go. We recommend the Sunday bike ride down Reforma, which will take you past some of the city’s main sights, or if you want something a little out of the ordinary then check out the monthly themed bike ride that takes place on the last Thursday of the month. 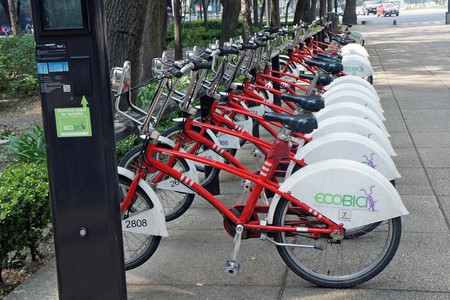 Mexico City has over 150 museums to get your teeth into, so if you’re an art fan, a history buff or a culture hound you certainly won’t be bored in this capital city. While the majority of the museums are incredibly cheap to enter in relative terms (often around MXN$60 on average), there are also a ton of free options. A particular stand-out is the Museo Soumaya in Polanco. Others tend to offer one day free a week so it’s worth doing some investigating. Alternatively, attend the monthly Noche de Museos! 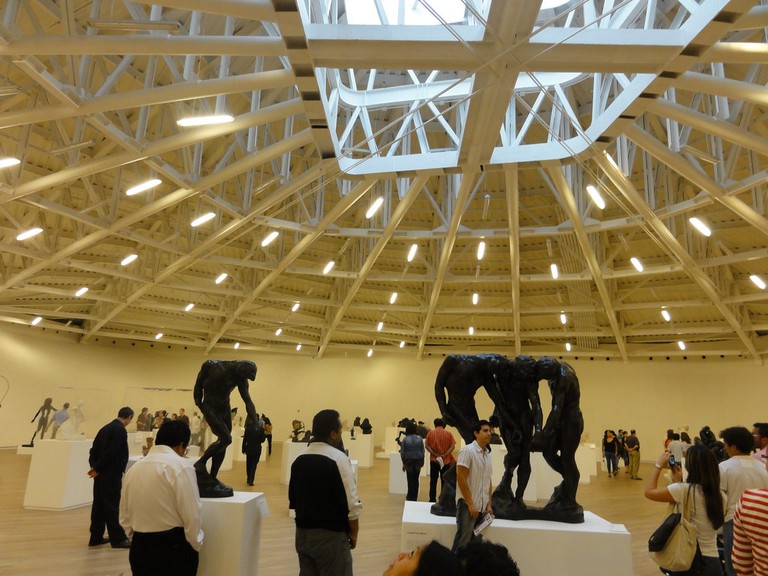 Wander around Chapultepec Park and visit the Anthropology Museum 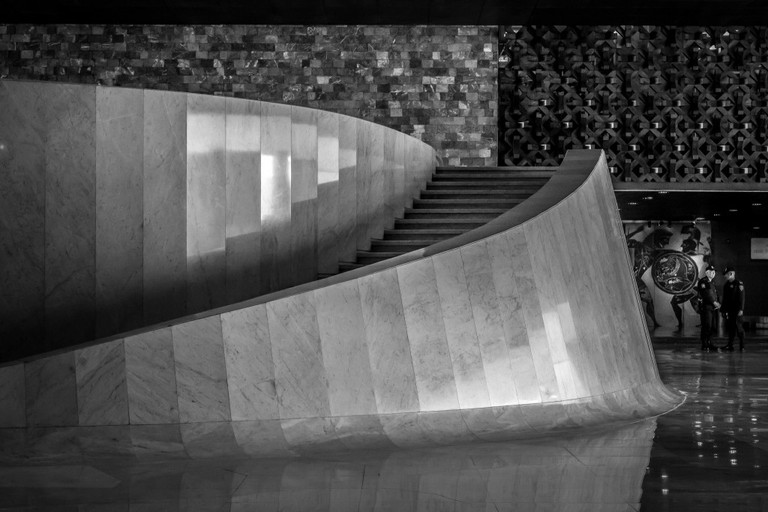 Inside the Museo de Antropología | © Kevin/Flickr
This is one of the must-visits of Mexico City and it’s great if you’re on a budget because it’s entirely free. Take some time to read a book or just relax in the Audiorama section, feed squirrels and indulge in some cream covered elotes(corn on the cob). While you’re there, you could also splurge on entry to the world-famous Anthropology Museum. While it’s not free, it’s massive so you’ll certainly get your money’s worth. 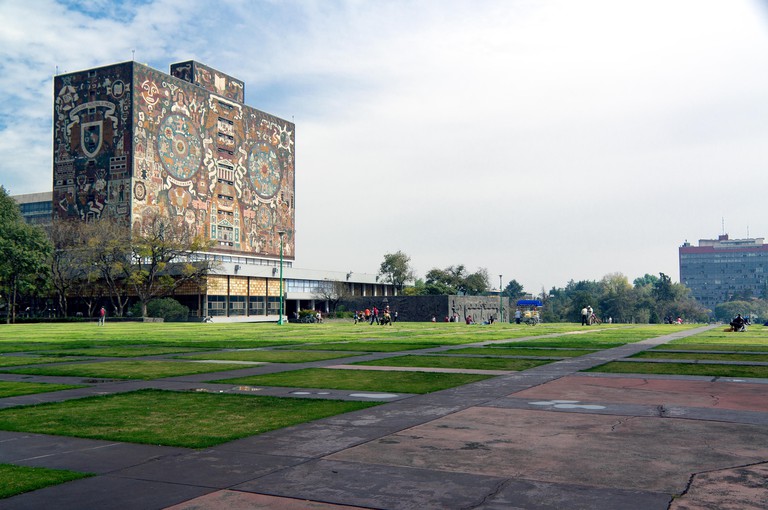 Ciudad Universitaria | © Alejandro/Flickr
This is actually the campus of the country’s top university, UNAM; however, it’s known as the University City because it’s honestly enormous. We recommend taking a day to explore the place fully, including taking pictures in front of the Juan O’Gorman designed building and visiting the outdoor sculpture park. There are also plenty of food stalls where you can pick up your lunch on the cheap!

Conduct a walking tour of the main sights

Mexico City is a great place to visit if you love to walk. First of all, because it’s huge and second of all because there is so much to see just wandering around on foot. Some of the must visit destinations that you can see for free include the sprawling expanse of the zocalo, which is hemmed in on all sides by tons of awesome buildings including the Catedral Metropolitana. Another option is walking the length of Paseo de la Reforma, while a third route would take you round the Roma/Condesa area, through places such as Parque México. 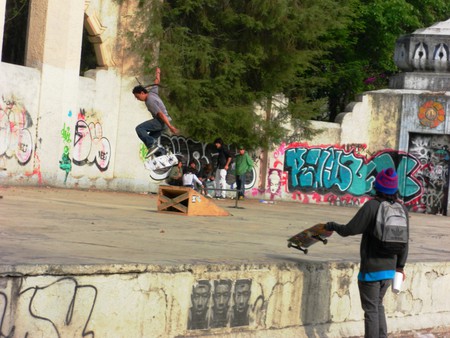 See a film at the Cineteca

Finally, if you’re sick of walking and just want to relax for a hot minute, head to Xoco and catch a film at the Cineteca Nacional. Known for being one of the most architecturally fascinating of Mexico’s buildings, it also plays indie and classic films on a rotating schedule. Right now, they’re in the midst of a Kubrick season. What’s more tickets max out at MXN$60 but on Tuesdays they’ll only set you back MXN$30. 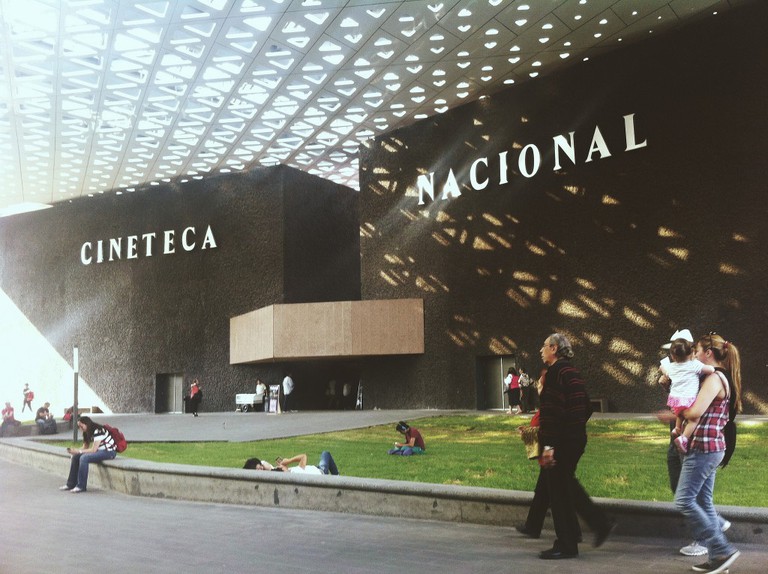 Sleep in some of the city’s coolest budget hostels

This goes without saying. Every budget traveller knows they need a budget hostel – rather than a top dollar hotel – but many don’t realise they can still sleep in style. Here’s a rundown of the best and coolest budget hostels in Mexico City. Alternatively, if you prefer a bit more privacy, you could try Airbnb which is having something of a moment in Mexico City right now and is usually pretty affordable.

Travel by public transport, not taxi

The public transport system in Mexico is cheap, if chaotic, but it’s also well worth taking advantage of. Buses can cost anywhere from MXN$2-7, although that looks set to rise as a result of the current petrol crisis. The metro costs MXN$5 per journey, no matter how long. If you’re staying for a while, consider buying a metro card for MXN$10 which can then be topped up easily. However, if you’re alone or it’s late at night and public transport is no longer running, don’t hesitate to order an Uber. It’s cheaper, safer and more convenient than a taxi. 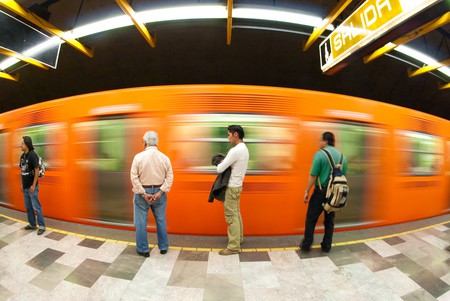 Big name tourist attractions can all be done on the cheap. Instead of taking a tour to Teotihuacán, grab a bus from the city’s bus terminal and make your own way there. Instead of visiting the relatively expensive and crowded Casa de Frida Kahlo, go to the Casa de Leon Trotsky! Get to Xochimilco on public transport (a combination of metro and light railway) and make sure you pay per ride, not per person as the trajinera operators will have you believe you should be doing!

Xochimilco | © Kevin/Flickr
Give us feedback