A Brief Introduction to Mexican Candy 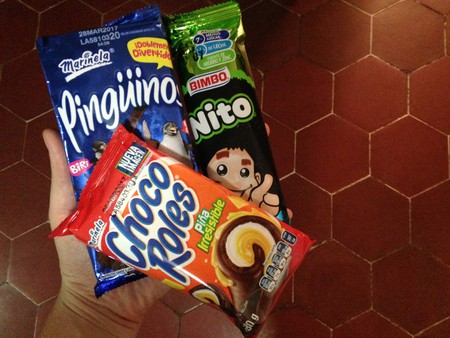 Mexican candy is often baffling to outsiders, given that (like most things in Mexico) it generally comes doused in hot sauce, salt and that quintessential Mexican flavour, tamarind. From sweets that are just that – sweet – to those that have an extra kick to them, here’s the only guide to Mexican candy you’ll ever need.

The aforementioned tamarind flavour takes centre stage with this divisive candy, made from the pulp of the fruit that proves oh-so-popular in Mexico. Pulparindos are the perfect combination of spice and salt, with just a hint of sweetness that lets us call them candy. Made by the popular Mexican sweet company De La Rosa, these chewy treats are a favourite of Mexicans and foreigners worldwide, but honestly, you either love them or you hate them. Other candies that fall into this spicy, salty and tamarind-flavoured category include tamarindos and the tamarind-laden spoons often sold by street sweets vendors. 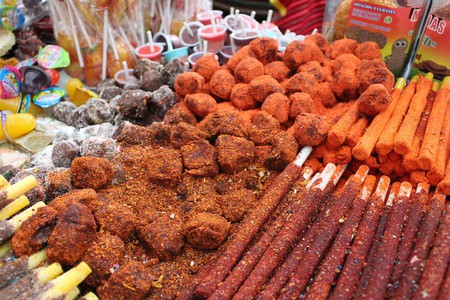 A selection of tamarind based candies | © Germán Torreblanca/WikiCommons

Pelon Pelo Rico’s appeal lies in the unique presentation – you squeeze out the tamarind innards from the base of the cylindrical container and watch as they take on the appearance of spaghetti-like strands of hair before your very eyes. This is definitely one Mexican sweet that will unleash your inner child as you can’t help but be transported back to a simpler time when you eat a Pelon Pelo Rico. 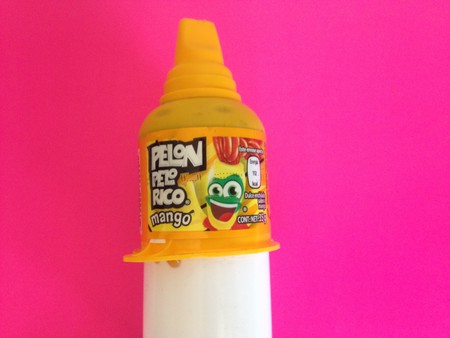 Arguably the most well-known product from the De La Rosa brand behind pulparindos, Mazapanes de la Rosa are known for their frustratingly fragile consistency that crumbles if you breathe too close to them, so handle them with care. Made from peanuts, these mazapanes have a texture that’s ideal for melt-in-the-mouth goodness that will only leave you wanting more – and they come in all different sizes. 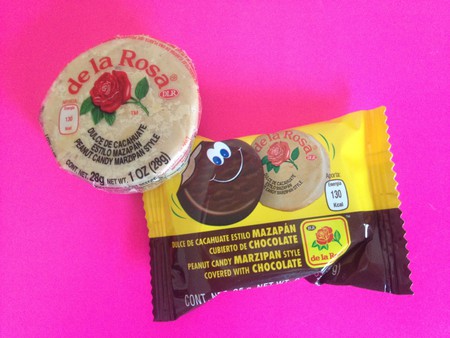 Obleas are flimsy, multi-coloured communion wafer-esque snacks, so they aren’t exactly the most candy-like product when consumed on their own. However, Mexican ingenuity has yielded various filled versions that make this easily one of the best sweet treats on the market; from cajeta (dulce de leche) and Nutella to sunflower seeds, these once solely Colombian desserts are now a firm part of the Mexican candy scene. Look out for the popular Aldea brand next time you’re in Mexico. 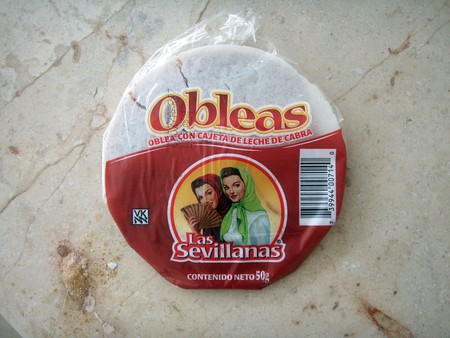 Obleas de cajeta aren’t the only sweet featuring the dulce de leche favourite though, as Glorias (from the Monterrey-based Linares brand) are also popular across Mexico. Made from a combination of cajeta and nuts, plus a healthy dose of milk and sugar, Glorias are among the few Mexican sweets that don’t get the salt and spice treatment. Keep your eyes peeled for their trademark red cellophane wrapper the next time you’re on the lookout for your next favourite candy. 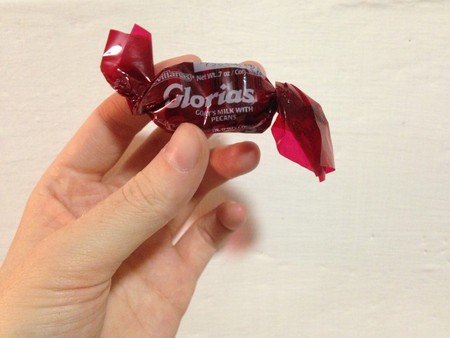 A dried mango centre is the principal component of Vero Mango lollipops, but it’s the spicy exterior that really makes it special. Doused in a Tajín-like chili-salt powder combo, the combination of sweet and spice comes together in perfect harmony as you make it through to the mango heart lying underneath. It’s this sweet mango core which makes Vero Mango a good ‘starter candy’ for those who are wary of the Mexican obsession with salt and spice. Vero Mango share similarities with the watermelon-centred rebanaditas, an equally must-try Mexican lollipop. 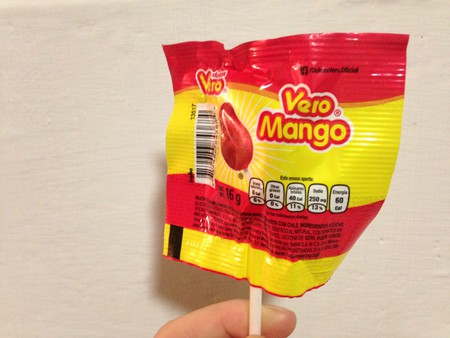 Similar to British favourite Tunnock’s Chocolate Teacakes (minus the biscuit base), the petite Bubu Lubu is the candy that everyone hopes to seize when it falls from the piñata. Aside from being incredibly cheap, they’re also incredibly tasty and feature a chocolate-covered layer of marshmallow topped with strawberry jam. For those in the know, the preferred way to enjoy a Bubu Lubu is straight from the freezer. If you’re a fan of marshmallow, jam and chocolate combos, the famed Paleta Payaso (a clown shaped lollipop) is an alternative option. 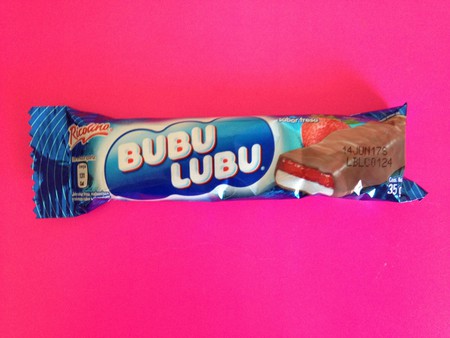 Mexican candy’s answer to Nutella, the four-way flavour of Duvalín is a favourite among Mexican children and adults alike, and is a perfect on-the-go snack! All we can say is let it sit out for a while before you try to eat it, otherwise the creamy strawberry, cajeta, vanilla and hazelnut filling will be far too hard to attack with the tiny plastic spoon that comes included in most Duvalín purchases. 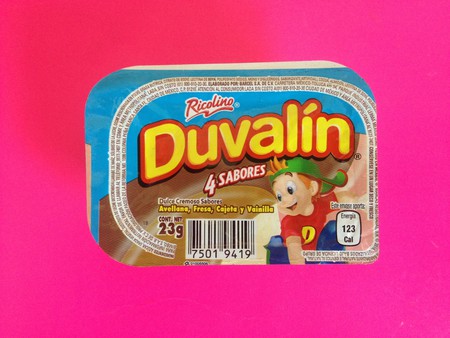 If you’re partial to chocolate, then there are plenty of cake bars in Mexico to keep you going and they’re mainly produced by the massive and humorously named company Bimbo or the rival Marinela group. From Nito (similar to a Twinky but bathed in chocolate) to Pingüinos (which feature cream rather than chocolate in the middle) or Gansito (a vanilla sponge bathed in chocolate with a cream and jam filling) and Choco Roles, much like Bubu Lubu, these are all best served straight from the fridge. 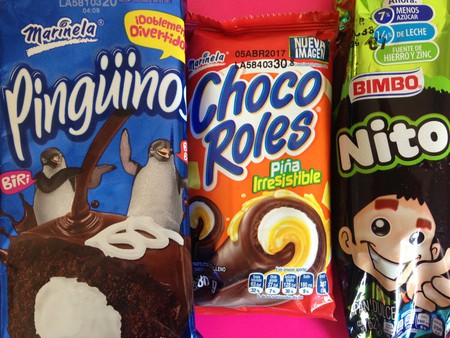 Puebla, the state just south of Mexico City, is famed for its sweets and candies so we had to feature them on this guide. If you go for a stroll in the state capital, Puebla, you’re sure to stumble across borrachitos (vaguely alcoholic, typically fruit-flavoured sweets with a soft, jelly-like texture and sugary exterior) and camotes Poblanos (usually cylindrical sweets with a mushy consistency that are made from sweet potato and fruit-flavoured as a rule). 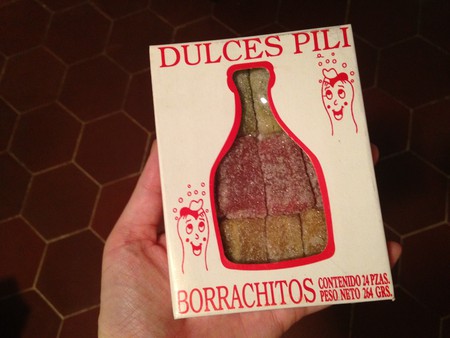 The typical Mexican candy, borrachitos | © Lauren Cocking
Give us feedback