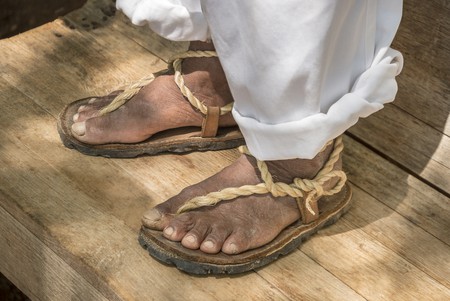 Huaraches are a popular style of handmade, pre-Columbian footwear, that supposedly originate from the Mexican states of Jalisco, Michoacán and Yucatán in particular. Typically associated with Mexican farmworkers, huaraches were popularised in the US due to 60s hippie culture, and continue to be popular with both Mexicans and visitors to the country. Here’s a brief history of this ubiquitous Mexican sandal.

Although the true origins of the huarache sandal are unclear, it’s most definitely a piece of footwear which predates the European colonialization of Mexico. Primarily associated with rural communities and farmworkers, due to the fairly robust and accessible nature of the materials used to make the shoe, huaraches widely grew in popularity throughout Mexico. This was particularly true during the 20th century, when old rubber car tyres, rather than leather or string, began to be utilised to form the sole of the huarache. These clunky car tyre soles allowed for greater endurance on the part of the huarache and, combined with nails as opposed to stitching, allowed for the huarache owner to use their sandals for much longer. 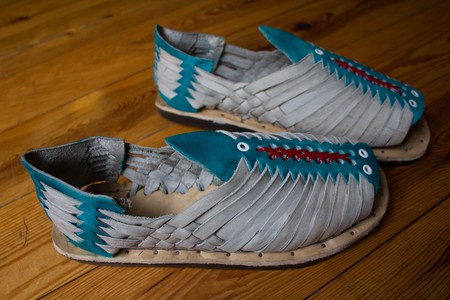 Typically sold in indoor artisanal markets and at roaming tianguis, huarache sandals usually cost anywhere from MXN$100 and upwards, depending on the region you buy them in and the style you choose. However, the popularity of the huarache style of sandal has now grown so much that they can be found throughout the Americas, and no longer just in Mexico. However, huaraches – whose name derives from the indigenous Purépecha word kwarachi – can only be regarded as such if they’re handmade, with woven leather detailing on the upper. On the subject of styles though, huaraches in their purest form are simply strips of leather woven through holes in the sole of the shoe to form intricate (but sometimes not so intricate) patterns on the upper of the sandal. Some feature a closed toe upper, others have a peep toe style, while a few have space for shoelaces incorporated into the design. While the most common colour of huaraches remains a tan hue, pale blue versions, as well as multi-coloured variations, can be easily found nowadays. 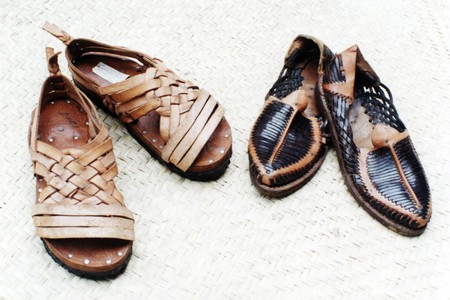 In fact, they’ve recently been thrust firmly into the pop culture limelight due to the latest Nike Air Huarache’s release. Immensely popular way back in 1991 after Nike first branded their shoes with the name of a Mexican sandal, these legendary shoes have sparked debate over whether they’re fashionable or just plain ugly. Nike isn’t the only brand to appropriate the name of this pre-Colombian sandal though, as brands such as Urban Outfitters also stock huaraches. While they much more closely resemble the Mexican sandal of the same name, the price is still massively elevated in an attempt to capitalise on the popularity of this relaxed, traditionally Mexican ‘look’. 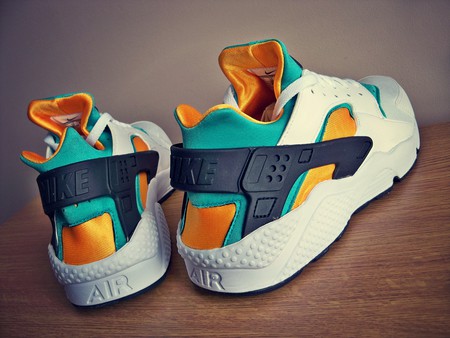 In Mexico, huarache doesn’t just refer to sandals though, so don’t be surprised if you hear people ordering huaraches in restaurants or from street vendors, as huarache can also be a popular snack food. Hailing from Mexico City, a huarache is basically a large oval tortilla topped with beans, salsas, onions, potato, meat, cilantro and cheese. In fact, they’re actually named after the huarache sandal, due to their apparent resemblance to the shape of the shoe. 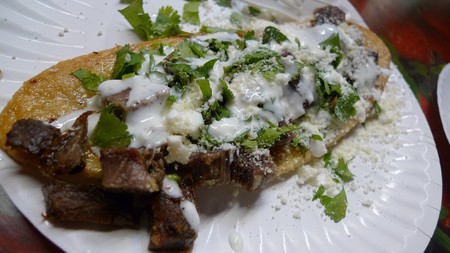