A Brief History Of The Margarita 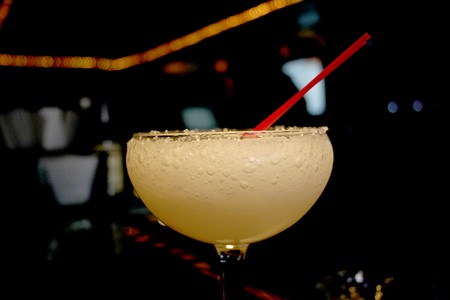 The humble margarita is perhaps one of Mexico’s most iconic drinks, despite being principally popular among tourists. There’s no denying that it’s the perfect thirst-quencher on a hot day, with its fruity, sweet flavour and subtle kick of citric acidity. Known for its distinctive glass, salted rim and numerous flavour and texture variations, most notably the absolutely inspired frozen margarita, here’s your brief history of this cocktail classic.

Many widely purported tales have laid claim to the invention of the margarita over the years, although their validity is anyone’s guess. One leading story suggests that the margarita was invented in 1938 by Tijuana-based Carlos ‘Danny’ Herrera. It’s said that he invented the beverage for one of his frequent customers Marjorie King, who was allegedly allergic to all liquors except tequila. By combining the three quintessential ingredients of a tequila shot, the margarita was born. 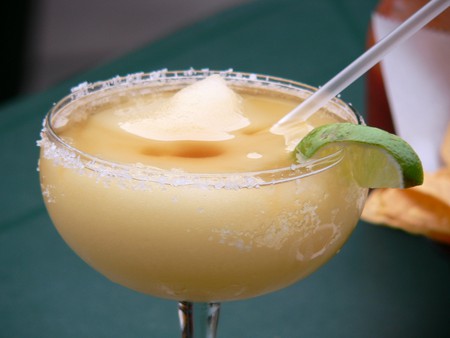 However, there are rival legends that are just as regularly parroted. One notable example is that of Margarita Sames (you might have figured out where the name margarita came from, if this version is to be believed). She was a rich, Dallas society woman who supposedly invented the tipple on holiday in Acapulco, some 10 years after the Danny Herrera tale took place. One of her affluent guests, a little-known hotelier by the name of Tommy Hilton, loved it so much he added it to the Hilton Hotels menu. However, this is most probably a fanciful tale, especially given that three years before an importer of the tequila brand Jose Cuervo had an ad campaign with the tagline ‘Margarita: it’s more than just a girl’s name.’

A lesser known suggestion is that the margarita (which is Spanish for ‘daisy’) is just a variation of the Prohibition era cocktail known as, you guessed it, the Daisy. Instead of brandy, the margarita simply uses tequila.

There is also a plucky underdog in the margarita invention tale game: a former barman turned milkman known as Pancho Morales, who said he coined the cocktail and the name (which was for the flower, not a female) in Tijuana, 1942. We’ll let you decide who’s to be believed…

The IBA (International Bartenders Association) margarita standard is 7:4:3 (50% tequila, 29% Cointreau and 21% fresh lime juice) although this varies from bar to bar. Yet while a standard margarita is a deceptively delicious yet potent blend of these two staple flavours of Mexican cuisine – fresh lime juice and tequila – with the addition of French Cointreau, there are any number of twists on one of the world’s most beloved cocktails. You can get it in all the fruity flavours under the sun, served in a salt or sugar rimmed glass, straight, on the rocks or as an infinitely more fun and frozen version of a smoothie.

One of the most popular, and definitively non-Mexican twists, is the latter: the frozen margarita. For a start, the machine that smoothed the production process of the frozen drink was invented by Dallas resident Mariano Martinez way back in 1971! However, if you want a touch more authenticity in your Mexican cocktail experience, then the Coronarita is a good alternative; you simply make a normal margarita and upturn a bottle of Corona beer into it before serving. 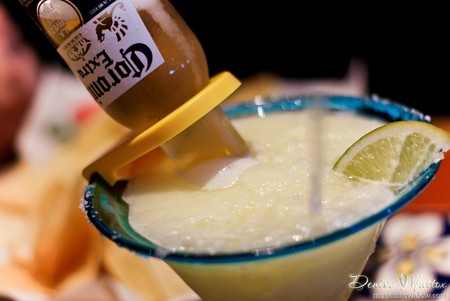 No matter what the history of the margarita though, what’s certain is the simplicity and longevity of this popular drink. Its uncomplicated selection of ingredients make it a staple cocktail in any bar, and while a wave of retro cocktails such as the Negroni and Old Fashioned have been making a comeback of late, it has never gone out of fashion. 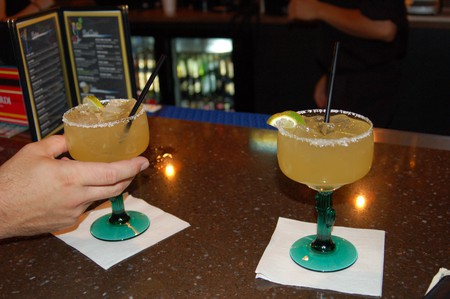 Margaritas | © scott Feldstein/Flickr
Give us feedback