A Brief History of the Kiosco Morisco, Mexico City 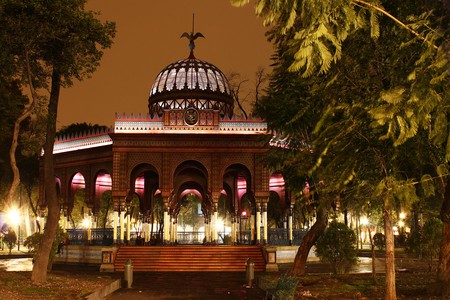 Santa María la Ribera’s Kiosco Morisco is easily one of Mexico City’s most underrated yet impressive attractions, and it has a fascinating and murky history to boot, filled with rumours of Chinese connections and beautifully elaborate Moorish influence. Tucked away in a pleasant plaza, we highly recommend that you stop by one weekend, but in the meantime, here’s a brief history of Mexico City’s Moorish Kiosk to tide you over.

A beautiful anomaly in the Santa María la Ribera region of the city, the Kiosco Morisco is a masterpiece of elaborately detailed and richly coloured design that seems somewhat at odds with the leafy green, and highly Mexican in its look and feel, Alameda in which it’s located. 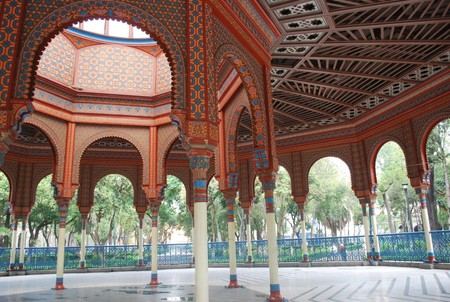 The inside of the Kiosco Morisco | © HA/WikiCommons

While it’s now an unmistakable icon of the Santa María la Ribera neighbourhood, the Kiosco Morisco has a somewhat checkered history of relocation, relocation, relocation. Originally designed by a Mexican engineer named José Ramón Ibarrola, the original purpose of the very un-Mexican in design kiosk was (ironically) to represent Mexico on an international level as the Mexican Pavillion at the New Orlean’s International Exposition from 1884-1885, and at the Saint Louis, Missouri Fair in 1904. After this, it was moved back to Mexico and positioned next to the historic centre’s Alameda Central in 1906, briefly becoming the location for the National Lottery draws. However, its time in the Alameda Central came to an end due to the whim of President Porfirio Díaz in 1910, who decided he wanted to construct the Hemiciclo a Juárez in the spot occupied by the Kiosco Morisco. It was this twist of fate and fancy that led to it being relocated for a third time to its current home in Santa María. 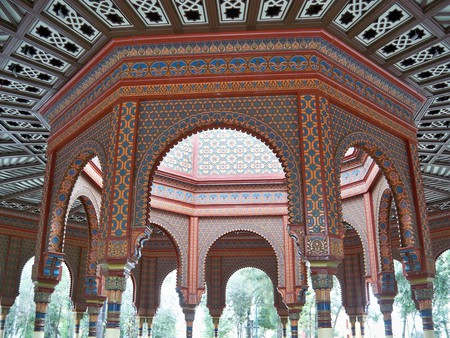 Constructed entirely from steel, the Kiosco Morisco is most well-known for the gorgeously elaborate, Islamic-inspired geometric patterns that curl around the 44 external and eight internal pillars, as well as the ceiling and roof, which are topped by the dainty glass dome and bronze eagle. In fact, it is this detailing, along with the distinctive octagonal form of the kiosk, which has led many to believe it has astrological and magical significance. However, that’s not the strangest rumour the Kiosco Morisco has sparked, with many believing it was a gift from an Arab Sheikh or the idea that it was Chinese in origin. 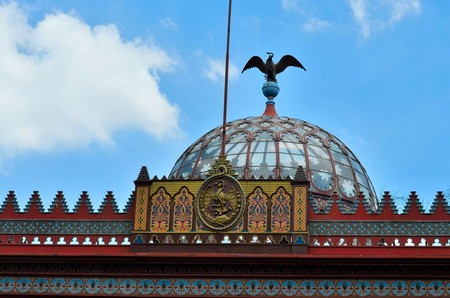 Nowadays, this spot has become a major meeting point for residents of and visitors to the neighbourhood, who congregate there to practice open-air dance classes, tai chi lessons and even to watch musical performances. From bumped-about outcast to symbol of a colonia, the Kiosco Morisco is the unexpected underdog of Mexico City’s underrated attractions that you can’t afford to miss.

Getting there is remarkably easy, given that it’s located very close to the Metro Buenavista station, on the green/grey B line, or the Metro San Cosme on the blue line.