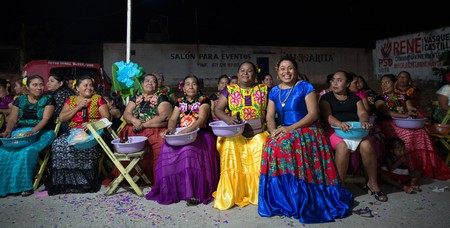 In Oaxaca, the self-proclaimed “third gender” muxes mirror Western culture’s understanding of what it means to be genderqueer.

In Juchitán, a small indigenous town located in southern Oaxaca, a community of individuals known as muxes continue to challenge almost every Western idea of gender identity. Muxes seek to live free of labels like male and female – a concept that still disorients even the most progressive parts of the world. These individuals are a model of how cultures make space for life outside of the binary.

Derived from the Spanish word for woman (mujer), muxes (alternately spelled muxhes) generally represent people who are assigned male at birth and identify as different genders. Often, they even identify the muxe word itself with its own gender identity. The iterations among the muxe community and their self-identifications vary – some identify as male but are female-expressing, while others identify as female and are more closely associated with Western culture’s understanding of transgender. Others defy gender entirely. But, in Mexican culture, the term “third gender” is often tacked to the muxe community. Because muxes have diverse identities, it’s difficult to find one definition or way to describe them. And culturally, that’s exactly how the muxe community seeks to live: labelless. 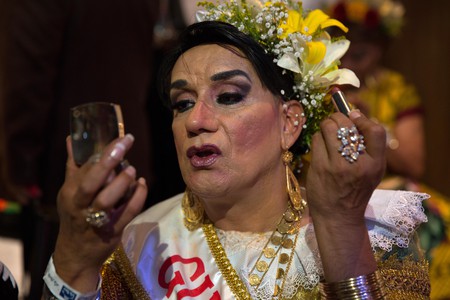 Mexican artist and anthropologist Lukas Avendaño said they still have doubts about references to a “third gender” to define muxes. “If a muxe aspires to be a woman or to identify as a woman, then it’s not a different gender,” they said. “In the muxe community, there are many layers and not all self-identify, or are identified in the same way.”

Life, work and celebrations of muxes

The muxe community live in the quiet outskirts of metropolitan Mexico among the Zapotec people in southern Oaxaca. Muxes are respected contributors to their town, often working as artists and merchants amid the rest of Juchitán’s working class of craft makers, artisans, beauticians and manufacturers. Muxes are not only respected, they are celebrated throughout Juchitán for their defiance of gender roles. A celebration to honor muxes and their gender ambiguity manifests in Oaxaca’s three-day festival called Vela de las Intrepidas (Vigil of the Intrepids). 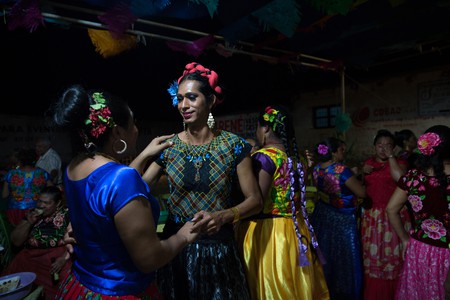 Although celebrations like these show reverence and respect for the muxe community in the confines of the Zapotec, their acceptance is fairly limited to that region. Unlike Spanish, which assigns gender even to objects within its grammar, the Zapotec language is completely gender neutral. As a result, the community doesn’t associate people, objects or actions with the concepts of male or female. These linguistic differences make it difficult to translate muxes’ identities into other languages where there is a stronger reliance on gender in structuring even a simple sentence.

“One of the things we’ve been fighting for is to not lose the language,” said Amaranta Gómez Regalado, whose candidacy in Oaxaca’s 2003 state election proved historic for the muxe community. “In Juchitán, we’ve managed to survive thanks to adapting modernity to our cultures and not the reverse.”

In contrast, other rural areas in Mexico still live with limited definitions and gender stereotypes. It’s not dissimilar to the continued intolerance of trans and queer-identifying people across the globe – much like the U.S.’s ongoing battle over transgender bathroom bills, muxes in Mexico face a similar backlash for using gender-assigned restrooms. 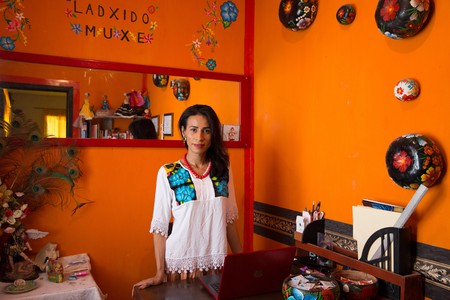 Twenty-six-year-old Naomy Méndez, an activist and self-identified female muxe, said there are still obstacles for all identifying muxes when it comes to using labeled bathrooms. “We don’t want to use men’s bathrooms, and we feel more comfortable using women’s bathrooms, but we still face many challenges,” said Méndez. “There is still a lot of work to be done to end this type of discrimination.”

Nevertheless, muxes continue to represent their community across the country. In 2003, Amaranta Gómez Regalado’s candidacy at age 25 in the México Posible party marked a national moment of pride and awareness for muxes. Despite the fact that Regalado was not elected to office, the now 41-year-old takes pride in leading the way for her community. For over a decade now, Regalado has served as a leading advocate in Mexico’s LGBTQ communities.

“I believe that it is vitally important that the people of this culture play an active part in the diffusion and defense of it,” Regalado wrote in an essay for Desacatos.

Like Juchitán, communities around the world continue to advocate for universal understanding of gender fluidity. But the practices of these indigenous people lead by example – and they’ve done so for generations. While Westerners are bogged down with words like male, female, transgender, gay, straight, bi and so forth, muxes believe that a lack of distinctions is what makes them most original. Their simplification of gendered terms is just that: simple. Rather than labels, muxes believe that their labels should be their own self-identifications, and that belief is what challenges most of the binary practices around gender identity today.

“It’s necessary that people understand that not everything should be pigeonholed by cultural standards,” Avendaño said. “In the case of gender, the best thing to do is always ask the person and don’t assume.”