Things You Need To Know About Narco Fashion 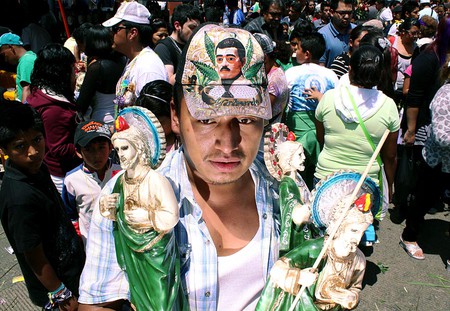 Narco fashion is one of those things that shouldn’t really exist but somehow does. As Colombian Omar Rincon explains: ‘Society enjoys the mobster taste, the silicone truth and gun aesthetics,’ and we ‘celebrate, shamelessly, the values of drugs.’ It seems this sentiment is reflected in Mexico’s long-standing but ever-present taste for the narco aesthetic. From clothing to music, that which should be a source of national shame appears, for some, to be a source of pride. Here are the nine things you need to know about narco fashion.

Narco fashion falls under a wider narcoculture umbrella, which includes narco TV such as La Reina del Sur and Narcos, as well as narco music, which takes the form of corridos. These narco corridos are Mexican ballads which recount tales of drug dealers and their exploits through song.

Mexico’s presence on the drug scene began to rise in the 70s and this coincides with the popularity of narcoculture, a term coined in the same decade. Its epicenter is the northwestern state of Sinaloa, well-known for its total immersion in drug trafficking and for being home to the Sinaloa Cartel, one of Mexico’s most powerful drug organizations. Glorification of wealth and masculinity go hand-in-hand with narcoculture and this is shown through narco fashion; once favoring exotic cowboy boots, hats, and silk shirts, this typically norteño style has been cast aside for luxury, brand-name items. 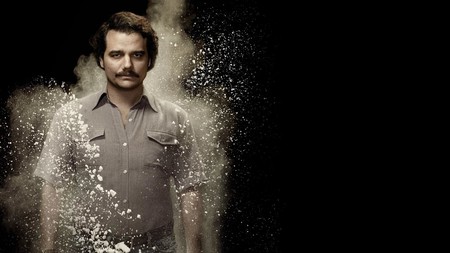 It was previously a regional phenomenon

As suggested above, narco fashion has been developing and refining itself of late, gaining a more widespread appeal and popularity perhaps because of the marginally improved sense of style it seems to embody. However, previously it was a predominantly regional phenomenon that many found tacky and distasteful. This was during the period when Versace was a favored label amongst cartel bosses, and marijuana-leaf items of clothing were big business. This regionalization of narco fashion reflects the narcoculture sphere in which trends often vary from area to area.

Narco Fashion has generally sought out big-name fashion brands as an appropriate show of wealth, which has never sat well with the brands in question. Fashion expert Gustavo Prado asserts that ‘great high-end firms had serious slumps in sales when…Mexican narcos were buying them.’ However, it seems only the big-bucks cartel bosses were stumping up the cash to buy these expensive luxury items, whereas the male youths who desired them just headed to the market for knock-offs. Wander around any Mexican tiangui (market), and you’re bound to see some iteration of the latest trend in narco fashion, whether that be Ralph Lauren polo shirts or the somewhat passé Ed Hardy designs.

On the topic of name-brand items, the drug dealer arrests – and the subsequent photos that are plastered across the press worldwide as a result – play a huge role in determining new trends in narco fashion. For example, back in 2010 a trend nicknamed ‘Narco Polo’ swept through lower class neighborhoods in Mexico. This surge in popularity of the iconic Ralph Lauren Big Pony polo shirt was prompted by the arrests of no less than seven key figures in the Mexican cartel world. The shirts were even nicknamed after the men who sported them: blue shirts became ‘J.J.’s’ and green ones ‘La Barbie.’ Narco fashion has, at its core, an idolatry of what many see as inspirational figures.

Although it’s also spawned its own fashion lines

Yet narco fashion doesn’t just appropriate, it creates. Pablo Escobar’s son, Sebastian Marroquín, launched a clothing brand called ‘Escobar Henao’ which conveys a somewhat paradoxical message of peace alongside head shots of his infamous drug kingpin father. Another famed Colombian drug dealer, Griselda Blanco (a.k.a., the Queen of Cocaine), is also the subject of her own fashion line, ‘Pure Blanco.’ T-shirts are currently selling bearing images of black widow spiders, no doubt a reference to her tendency to murder ex-lovers.

Narco fashion has been around since the 80s

As mentioned previously, narco fashion is nothing new. It began gaining ground in Mexico and Colombia especially during the 80s and 90s, as it was recognized as an easy way to flaunt status and wealth. Brands that have fallen in and out of favor with traffickers include Versace, Ralph Lauren, and more recently, preppier labels such as Abercrombie. High-end labels are usually par for the course, and Colombian drug dealer Elizabeth Montoya de Sarria only proved this when her designer wardrobe was recently sold at auction.

Narco fashion is not just for men

On that note, narco fashion is not just for men. High-profile female cartel members, such as the aforementioned Elizabeth Montoya de Sarria (a.k.a., La Monita Retrechera) of the Cali cartel, also buy into the designer world. Her wardrobe had numerous Escada pieces from the 80s and 90s, an aesthetic which would later be repurposed by Moschino. For women, narco fashion also includes plastic surgery, especially in Colombia. The ‘look’ of big butts and big boobs prompts many young women to go under the knife, as they see a drug-funded lifestyle as something aspirational.

Arguably, female narco fashion is more mainstream than the male version: butt-lift jeans, well as having a sizeable backside in general, are a product of misogynistic narcoculture, and that is an image that has proliferated of late, filtering through all levels of popular culture.

Joaquín ‘El Chapo’ Guzmán, already well known in his native Mexico, Latin America, and the United States for his position as the kingpin of one of Mexico’s largest drug trafficking organizations, the Sinaloa Cartel, was launched into the international spotlight for a very different reason early in 2016: his fashion choices. His now infamous – and bizarre – meeting with Sean Penn became legendary for his slightly tacky choice of a satin, gray-and-blue paisley print shirt, amongst other things. This video of the reclusive drug lord led to the $128 Barabas Premium Apparel shirt flying off the shelves as people scrambled to model themselves on the apparently fashionable and most infamous member of the Sinaloa Cartel. 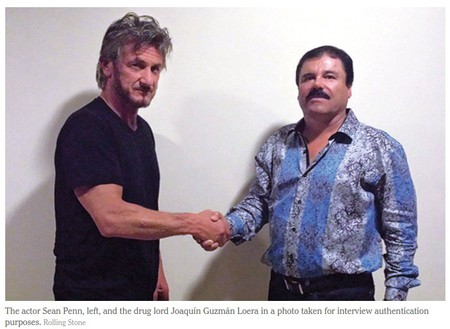 The days of tacky prints, norteño influence, and silk shirts are arguably fading away on the narco fashion scene, replaced by sophisticated styles. In 2010, Vicente Zambada Niebla was arrested in a fancy Mexico City neighborhood, and his outfit bore no resemblance t0 those of the prior decade. Rather, he was wearing designer jeans and a preppy sports coat. Similarly, Vicente Carrillo Leyva, another drug lord’s son, was arrested wearing an Abercrombie tracksuit.