Reasons Why You Need to Visit the Floating Gardens of Xochimilco, Mexico City 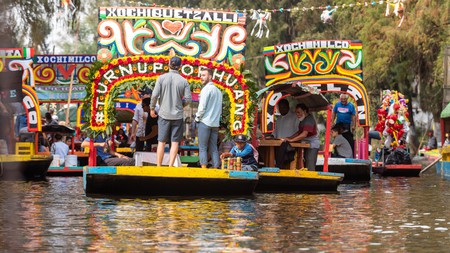 Xochimilco is one of the most popular destinations in Mexico City, principally for the miles of waterways that run through the centre of the barrio, which have led to it being dubbed the Venice of Mexico. Floating gardens known as chinampas make for a photogenic experience while in the Mexican capital. Here are some great reasons to visit Xochimilco.

Do you want to sing with the mariachis floating by your boat? Book Culture Trip’s five-day Mexico City tour and sail the Xochimilco waterways in a one-of-a-kind painted boat.

You can travel on trajineras

Easily the biggest reason for visiting this neighborhood, trajineras are the colorful canal boats that you’ve undoubtedly seen in pretty much every guide to Mexico City. Adorned with women’s names, from the traditional favourites such as María and Guadalupe, to some more modern additions such as Beyoncé (yes, really), these boats are the biggest draw of the floating gardens of Xochimilco and can be rented out by the hour. 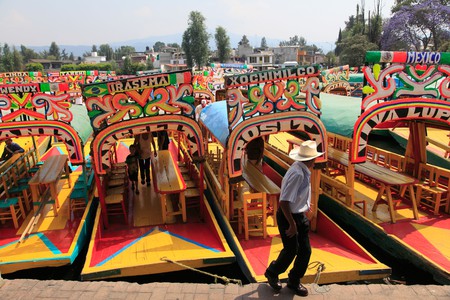 Another reason to get down to the Venice of Mexico is the unsettling Isla de las Muñecas (aka the Island of the Dolls). This small slice of Xochimilco was never supposed to draw tourist attention, instead being a homage to a young girl who drowned in the canals. A local man started to hang up dolls on the island to appease her memory and since then the reputation of the island has grown and grown, becoming a key sight for visitors to the area. 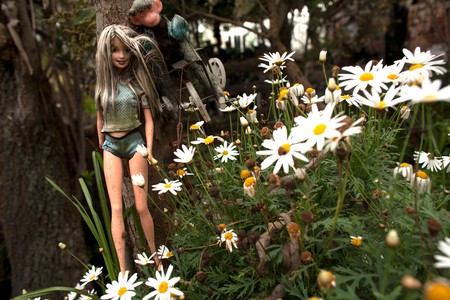 There’s more to this area than trajineras and the canals, even though they are undoubtedly the biggest draw of the place. This massive sprawl in the south of the capital has a wealth of history, and is home to a handful of Mexico City’s pueblos originarios (some of the oldest areas in the city). Visit to gain an insight into the Mexico City beyond the relatively recent enclaves of Roma and Condesa. 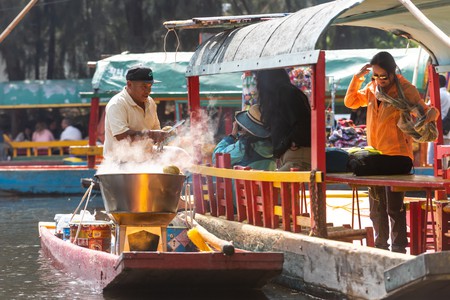 There’s nothing better than drinking pulque on the water

Pulque is a Mesoamerican beverage with a relatively mild alcoholic content, oddly frothy appearance and sometimes unpleasantly viscose texture, but also a strangely impressive nutritional content. It’s also a must-try drink when in Mexico, especially as it can’t be exported due to its temperamental nature. One of the best spots to grab a quick glass of pulque (or, to be more specific, curado) is in Xochimilco as numerous vendors float by and will sell you a cup for around 20 Mexican pesos. 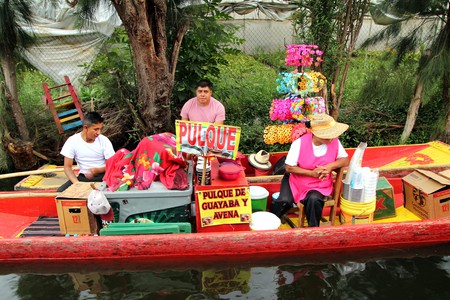 Pick up some pulque in Xochimilco, it’s the oldest alcoholic drink in Mexico | © Illia Girnyk / Alamy

You can enjoy mariachi music

As well as the floating pulque vendors, Xochimilco is also home to plenty of waterbound musicians too, predominantly mariachis. If you fancy hearing a track or two you’ll first have to negotiate a price, before they hook up their trajinera to the side of yours and start to play. If you want to add some Mexican authenticity to the experience, this is an easy way to do it, but if you’re on a budget you’re probably better off just catching snippets of their songs as you float past other groups who’ve contracted them. 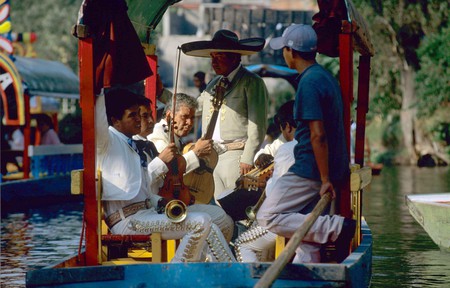 There’s a greenhouse in the middle of the waterways

We’ve already mentioned the unsettling Island of the Dolls, but if you’d prefer a less disturbing destination then how about the massive greenhouse that’s right in the center? This beautiful invernadero can’t (as far as we know) be accessed on foot, so you have to visit the floating gardens to get a peek inside and it’s definitely worth it. Just ask your boat driver to hitch up at the side and you can get out to explore the flowers, turtles and, if you’re very lucky, the endangered Mexican axolotl. 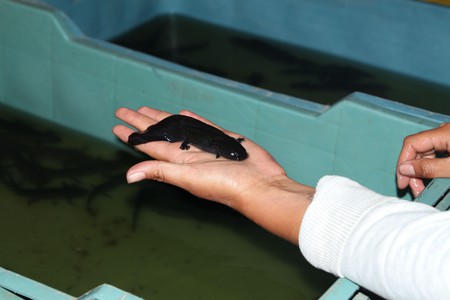 The bizarre-looking Axolotl is a native of the Xochimilco waterways, although their numbers are dwindling | © Illia Girnyk / Alamy

Feeling brave? If you pay a visit to the chinampas of Xochimilco, you might catch a glimpse of one of the most famous urban legends in Mexico – La Llorona. Rumor has it that this is a woman whose children drowned in the canals; she’s been haunting the area since, hunting for her lost offspring. La Llorona, which literally means the weeping woman, supposedly brings you misfortune if you catch sight or sound of her. However, she’s not the only urban legend of Xochimilco, as many locals claim there are also naugales (shapeshifters) roaming the chinampas. 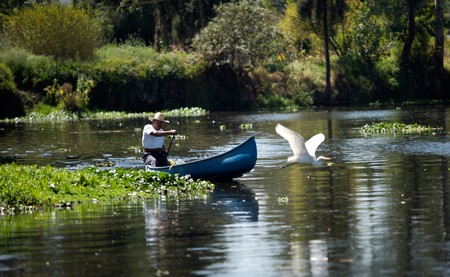 Not all our favorite tourist spots and natural wonders are destined to survive and Xochimilco is no exception. That’s why our final, and perhaps most important, reason you should visit the chinampas is because they might not be around forever. However, many believe it’s the excess of unrestricted tourism in the area that is causing the erosion of these historic waterways, so if you want to help consider donating to a restoration fund before you visit. 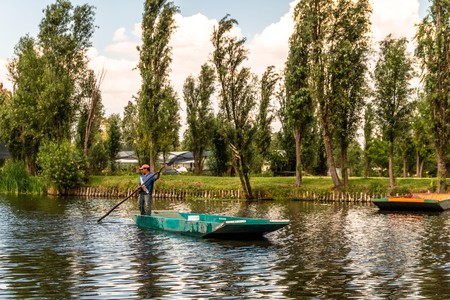