The Best Reasons to Visit the City of Campeche, Mexico 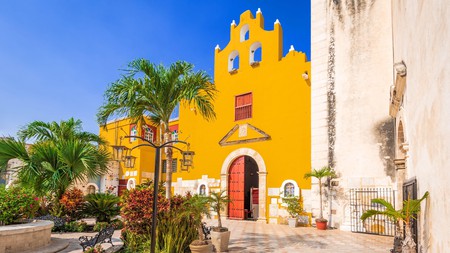 Campeche is home to beautiful colonial architecture, such as the Chapel of Jesús Nazareno | © Alpineguide / Alamy Stock Photo

On the less-touristy side of the Yucatán Peninsula, the cultured hub of Campeche, Mexico, has a Unesco-listed center, authentic Mexican food and nearby beaches to explore.

With most visitors to the Yucatán Peninsula making a beeline for the beach resorts on the Caribbean side, Campeche, which lies on the Gulf of Mexico coast, is often overlooked. But with hilltop fortresses, colonial-era architecture, buzzing nightlife and just-caught seafood, this richly historic port more than merits a stopover. Here’s a rundown of the reasons why. 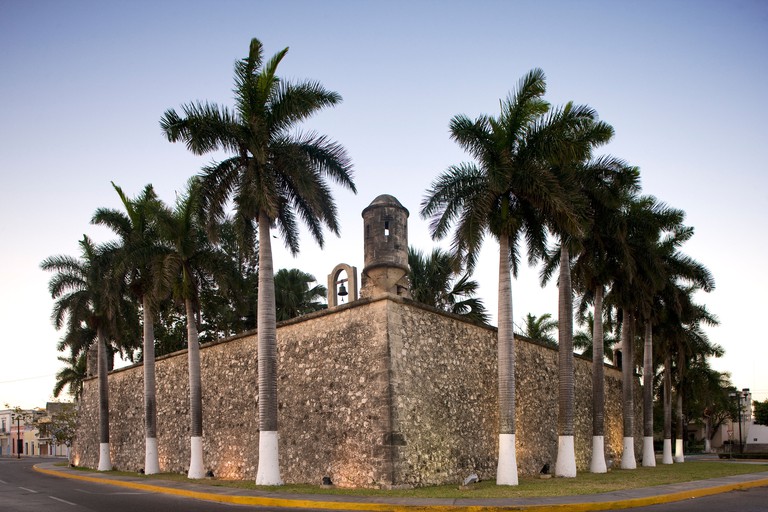 As a thriving port on an important trade route, Campeche was the constant target of pirate attacks in the 16th century and was thus heavily fortified. Much of the defensive wall from the 17th and 18th centuries still survives, as do two hilltop fortresses that were used to spot and guard against assaults from the sea. They both offer spectacular views over the coast, and one of them, the Baluarte de la Soledad, also houses the Maya Architecture Museum, which is well worth a visit.

It boasts a Unesco-listed city center 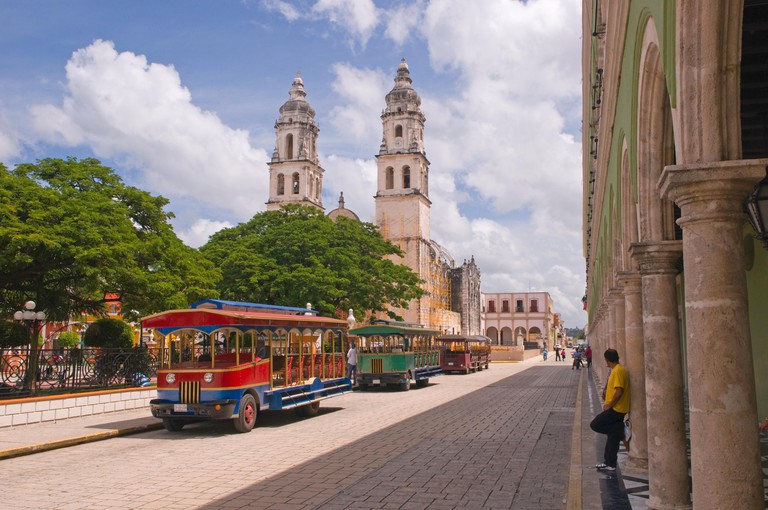 A lot of wealth poured into Campeche in the 18th and 19th centuries, much of which is still on display in the wonderfully grand mansions dotted around the historic center. A beautiful main square, the Plaza de la Independencia, fringed with colonial stone arcades, also features a soaring cathedral and leafy central park where locals stroll, sit and shoot the breeze. It’s all easily navigated on foot; alternatively, jump on a vintage tram for a tour around the famously colorful streets. 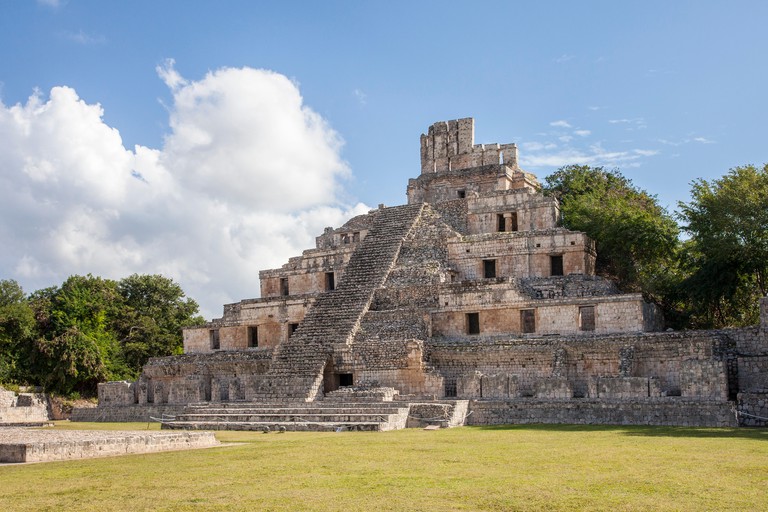 This region of Mexico features some of the most impressive and best-preserved archaeological sites of the ancient Maya. At under an hour’s drive away, Edzná is the closest major site, featuring a dramatic Great Acropolis and a five-level temple. The better-known Uxmal, with its famed Pyramid of the Magician, is also just a couple of hours away, while the mighty Chichén Itzá is a three-and-half-hour drive away. 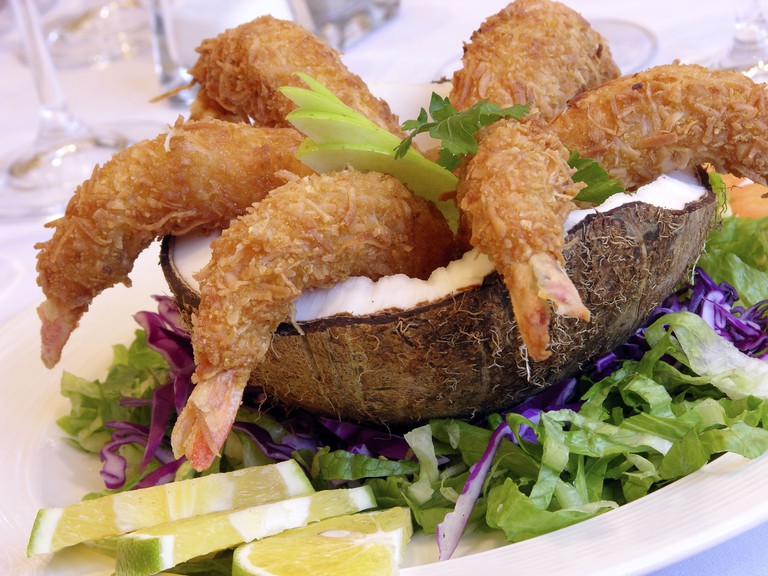 A combination of its coastal setting and superb regional cuisine means Campeche offers some seriously tasty seafood. La Pigua restaurant is renowned for its fish-focused menu – its fried crab tostadas and breaded shrimp served in half a coconut are two firm favorites. Ceviche fans should drop anchor at Marganzo, which is also the top diner in the city for raw sea-sourced delicacies such as super-fresh oysters. For an extra treat, try its seafood “fountain” with lobster.

You’re surrounded by some of the best beaches in Mexico 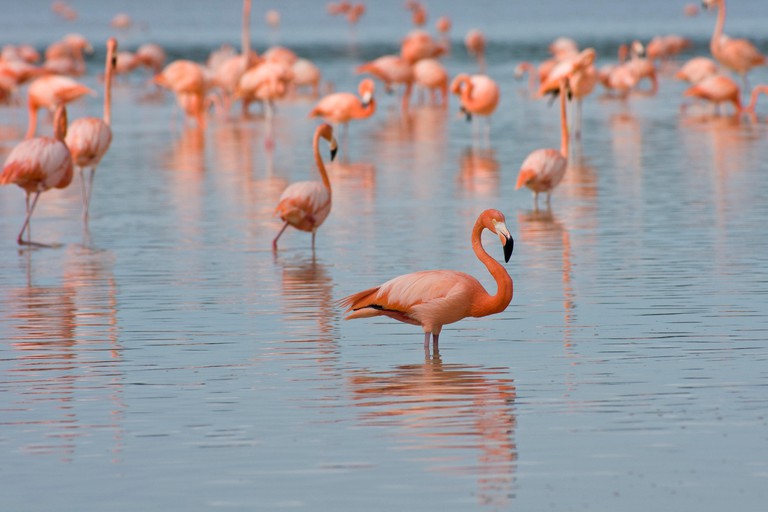 Just a couple of hours up the coast is the sleepy beach town of Celestún, with a lovely long stretch of white sand overlooking the Gulf of Mexico. The whole area around here is a biosphere reserve, most famous for its seasonal flamingos. To the south is the still relatively unknown but beautiful beach resort and quaint colonial town Ciudad del Carmen. You’re also within road-tripping distance of the idyllic sands of Tulum, on the popular Caribbean side of the peninsula.

The best places to stay are in storied buildings 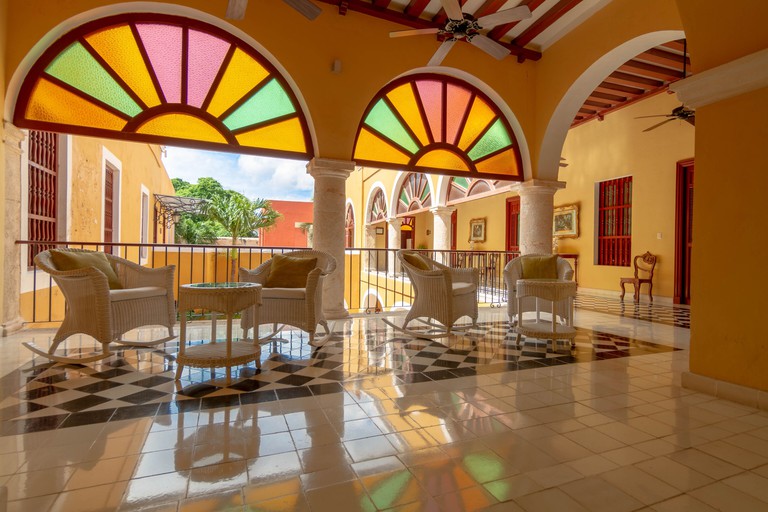 With such a well-preserved historic center, it’s no wonder many of the colonial-era residences have been converted into boutique hotels. The Casa Don Gustavo Boutique Hotel is one such place, occupying a charming 18th-century mansion that feels like stepping back in time. Another top luxury pick on the outskirts of the old town is the Hacienda Puerta Campeche, comprising restored 16th-century haciendas (farms) with a secluded pool surrounded by ancient stone walls.

You can salsa the night away on buzzy Calle 59 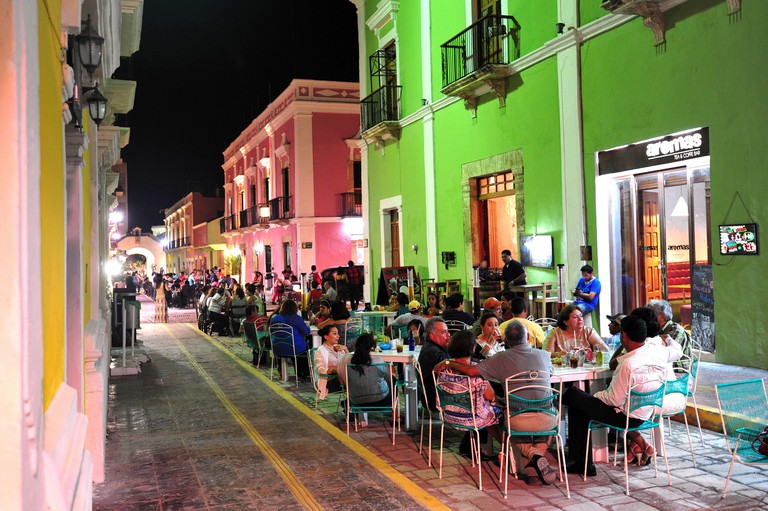 The ever-popular nightlife strip in the city is home to numerous bars and restaurants that spill out onto the pedestrianized Calle 59. It’s a great street to wander, choose a table and drink while soaking up the balmy, buzzing atmosphere. Friday night is when it really comes alive, with the promise of open-air salsa parties where everyone from novices to seasoned dancers wiggles their hips to lively local bands. 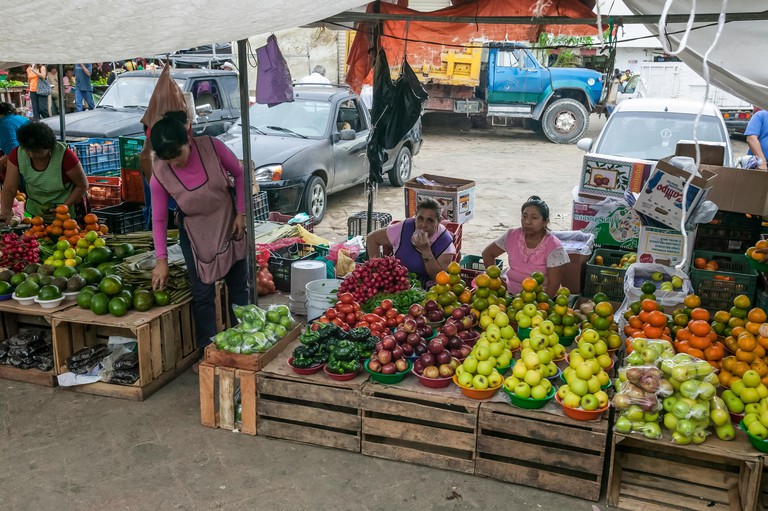 There’s nothing like visiting the main market in most towns to really immerse yourself in the sights, sounds and, well, smells of a place – and the Mercado Principal in Campeche is no different. Across the street from the Baluarte de San Pedro, this bustling hive of commerce sells everything from just-off-the-boat seafood to precarious piles of fruit and vegetables. Also, there are numerous street-food stalls here serving local specialties, such as steaming tamales and tacos.