The Neighborhoods to Avoid to Stay Safe in Mexico City 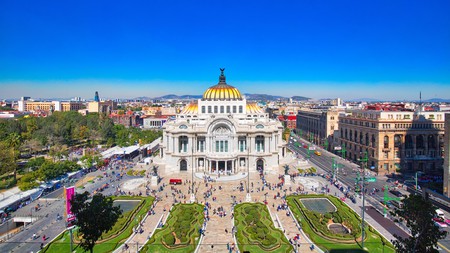 Staying safe in Mexico City is often the number one concern of travelers and tourists passing through the Mexican capital. While generalizing is never ideal, there are some areas that you should probably steer clear of and others in which you should at least exercise caution. Here’s our brief rundown of where you’ll want to avoid in order to stay safe in Mexico City.

Alternatively, book now with Culture Trip to be safely guided by our local insider on a five-day Mexico City tour, which includes all the highlights of this vibrant city. 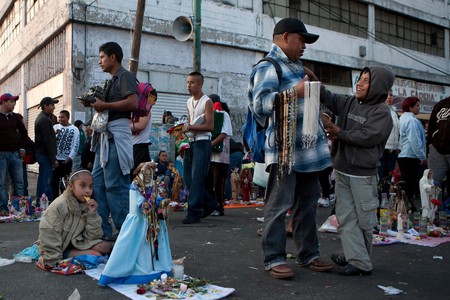 Tepito, essentially the black market of Mexico City, is one of those places that has a dicey reputation for a reason. Situated just off the Centro Histórico, it’s most well-known for its vast tianguis (street markets). But if you’re looking for a bargain, go somewhere else – most goods in Tepito are low quality Chinese products or stolen. Many Mexico City locals won’t even visit Tepito, and if you’re obviously a foreigner, you’re putting yourself at greater risk of being targeted by pickpockets and muggers. 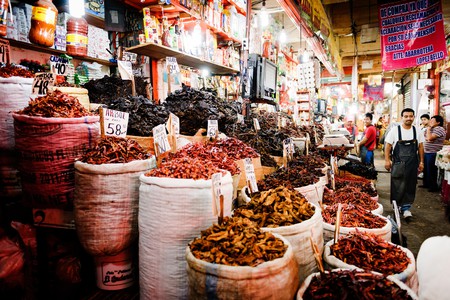 The largest market in Mexico City, La Merced has a formidable reputation for deliciously traditional Mexican food and a baffling amount of fresh produce. Therefore, we absolutely recommend paying a visit to this stalwart of the Mexico City market scene. However, make sure you try to blend in as much as possible – yes, you’ll have to put away that bulky DSLR and live in the moment for a minute – and don’t visit after dark, as that’s when the prostitution trade gets going.

Colonia Doctores is principally known for being the home of Arena México, where lucha libre wrestling takes place. While you can (and should) visit Doctores for the luchas, you will want to think about your means of transport; exercise caution around metros and perhaps invest in an Uber instead. If you have to be there after dark (post-lucha), hop straight in a taxi and don’t hang around longer than necessary.

Generalizing about Iztapalapa, a neighborhood in southern Mexico City with some of the highest rates of disenfranchisement in the capital, is problematic given that it’s larger than some cities. However, it’s worth mentioning that it is also one of the Mexico City neighborhoods with the highest incidences of rape and violence against women, domestic or otherwise, so you should try to stay away. The La Joya (aka El Hoyo) part of the neighborhood is easily one of the most dangerous spots.

We’ve included this one to demonstrate how arbitrary guides to staying safe in Mexico City can be. Colonia del Valle is the zone with the highest rate of kidnappings in Mexico City; however, on the surface it’s absolutely safe to visit and has plenty of great spots to check out. Furthermore, its status as a kidnapping hotspot doesn’t make it automatically dangerous for a passing traveler, especially given that kidnapping is more of a danger for locals. 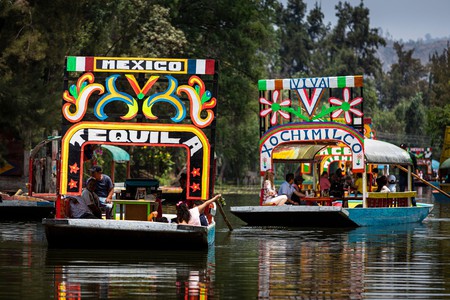 Three distinct neighborhoods, all with their own worthwhile tourist attractions. Tlalpan has a lovely center, Xochimilco is famed for its canals and colorful boats called trajineras, and Tlatelolco is best known for the Plaza de las Tres Culturas. Again, we recommend visiting these great places in Mexico City. However, we’ve included these three under one entry as after dark they all become pretty dangerous and should be avoided. As a rule of thumb, avoid any very northern or very southern neighborhoods in Mexico City at night. 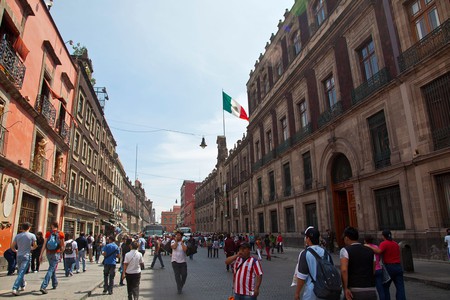 The historic center is a major tourist attraction, but keep your wits about you | © M.Sobreira / Alamy Stock Photo

The historic center could be considered one of the most unsafe zones in Mexico City, depending on who you ask and what crimes you’re talking about. Obviously, it’s a must-visit. But be hyper aware of your surroundings and careful to not walk down any secluded alleys, or accidentally stumble into the Tepito or Merced neighborhoods – particularly at night. In terms of crime, pickpocketing is naturally high here.

Ciudad Nezahualcóyotl (more commonly referred to as Ciudad Neza), a vast urban sprawl that’s technically within the Mexico City metropolitan zone, is another area that isn’t worth visiting if you value your safety. Principally formed of residential buildings, it once laid claim to part of the largest slum in Mexico and is one of the poorest areas in the capital. As a result, crime and gang violence is high, although it’s worth pointing out this is a sweeping generalization of a truly enormous and diverse part of the city.

Overall, take this guide with a pinch of salt and a heavy dose of common sense. While some areas aren’t worth visiting at all, other slightly less reputable zones offer plenty of interesting sights. If you exercise caution at all times, and don’t carry valuables that make you look like an easy target, you’ll be perfectly fine traveling in Mexico City.