Fashion bloggers and vloggers are ubiquitous on the internet nowadays. Whether you’re looking for someone who specialises in beauty, high-fashion or even just their own personal style tastes, you’re guaranteed to find the perfect blog out there waiting for you. The situation is no different in Mexico, as rising fashion enthusiasts and professionals blog about their style and preferences. Here are the seven Mexican fashion bloggers you should be following.

Gabriel Ibarzábal runs Latin Fashion News, one of the most successful fashion blogs in Mexico. It just reached 500,000 followers on August 30th 2016, a mere six years after launch. This impressive following and clearly vast appeal isn’t for nothing, as he gives updates on latest fashion news, as well as some snaps of his personal style (under the ‘Blog’ section of his page). Also known as Gabo, Ibarzábal is a stylist, photographer and fashion designer, as well as a blogger. He’s photographed Tommy Hilfiger and Bar Rafaeli among other big names. 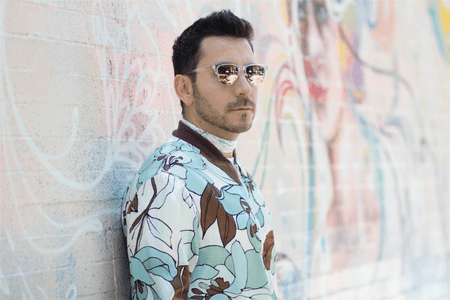 Paulina López is an amateur fashion blogger and the brains behind Oh My Dior. Her irreverent collection of photos, blogs and topics – she has a ‘Magic’ tab and articles such as ‘Cosmic Fashion’ and ‘Cactus Fashion’ – are youthful and fun, whilst also being incredibly well put together. Unlike many of the bloggers on our list, her fashion is high-street and affordable, as she puts together outfits from traditional Mexican craftspeople and stores such as American Eagle. A textile designer by trade, she’s based in Mexico and blogs bilingually.

One of the best fashion bloggers in Mexico is Andy Torres, who created StyleScrapbook over seven years ago when she moved from her native Mexico to Amsterdam. Since then, she has gone from strength to strength, working as a freelance editor for Glamour (NL), hosting TV series in Latin America and judging at fashion competitions amongst an impressively long list of other accomplishments. However, her blog (and Instagram!) continue to be regularly updated with exquisitely shot images and her ‘Lookbook’ tab is filled with her best outfits.

Based out of Mexico City is Gaby Gómez, a 20-something bilingual fashion blogger who runs Moda Capital. Originally a hobby, she has converted her blogging into a career and as well as the typical ‘Beauty’ and ‘Style’ tabs, also has a heavy focus on ‘Travel’ too. See photos of her wearing fabulous clothes in far flung parts of the world, such as her most recent destination, Peru. The simplistic, pared down interface of her blog features a cool amalgamated skyline with landmarks from all the fashion capitals of the world.

From Monterrey by birth but based in Mexico City, Ángel Vázquez is the blogger behind Yo Vivo La Moda. One of only two male fashion bloggers to make our list, his home page is quirky and colourful with an iron-on patch and a bubble writing logo, whereas his blogs are well put together, sleek and minimal as a rule. A graphic designer by trade, he’s won numerous awards for his blog and loves to keep an eye on the latest trends and styles, which then get featured on his page. 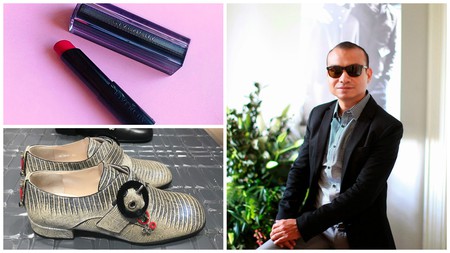 Fake Leather is an image heavy fashion blog that was launched in late 2010 by Adriana Gastélum, who since 2014 has been based in Barcelona, Spain. Another graphic designer by trade, she has also turned her love of fashion blogging into a viable career and is definitely one of the most successful bloggers on our list. Having worked with Vogue México, Coach, L’Oreal and many more, her blog is mainly about her personal style and boasts incredibly artsy and well shot photos taken by Grg Mrkt (her boyfriend!). 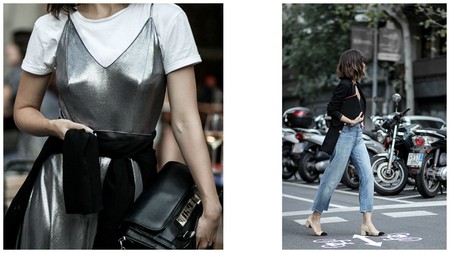 Originally hailing from Tamaulipas in Northern Mexico, Andrea Maria studied marketing at the TEC de Monterrey before moving to Milan to study fashion. Upon her return to Mexico, she launched the wildly popular blog Dear Milano as an homage to her fashion passion and former home. Dear Milano has a focus on her own personal style, and the home page is filled with vibrant photos which document her quirky looks. As well as her blog, she has undertaken internships with photographers, partnered with Grazia, ELLE.mx, and Harpers Bazaar, and currently writes a column for InStyle.mx.

Like Carrie said, in New York, you’re always looking for a job, a boyfriend or an apartment… I got my new apartment today fiiiiinally after looking everywhere in Williamsburg. I'm the happiest girl guys!! 📸 : #iamgabrielagum Wearing @agatharuizdlprada 💜✨ #dearmilano #dearlooks