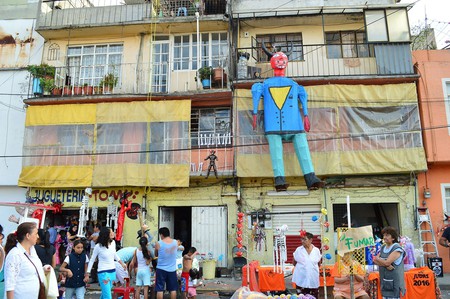 Burning of the Judases in Mexico City 2016 © AlejandroLinaresGarcia/WikiCommons

As a Catholic country, you can imagine how big of a deal Easter can be in Mexico for many people. It’s totally normal to see people going about their daily business with an ash cross on their forehead on Ash Wednesday, and restaurants capitalize on the period of Lent to sell fish like never before. However, these are the five most unusual and unique ways Easter in Mexico is celebrated.

The Passion of the Christ

Re-enacting the Passion of the Christ (and no, we’re not talking about the Mel Gibson film) is a popular Easter event in many Mexican communities, and involves actors playing the roles of Jesus, centurions, Jews and Pharisees among other bit parts. The most famous Palm Sunday Passion of the Christ rendition is undoubtedly in the southern Mexico City neighborhood of Iztapalapa, where the tradition is taken incredibly seriously – they elect a Jesus (he must be strong, single, Christian and native to Iztapalapa) who then hauls a cross up the Cerro de la Estrella before being “crucified.” 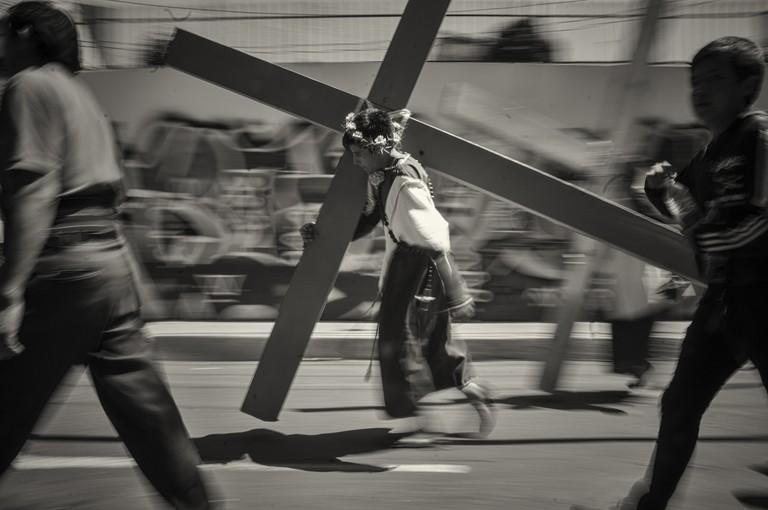 The Passion of the Christ in Iztapalapa © Eneas de Troya/Flickr

The “tradition” of self-flagellating in order to atone for sins committed throughout the year and show penitence comes into stark public view over Easter in Mexico. This is especially true in the small silver-producing city of Taxco, Guerrero, where processions can often be seen in which both men and women carry thorny haybales or incredibly weighty crosses on their backs for long distances, or even whip themselves. While this is not exactly unique to Mexico, in terms of religious tradition, it is certainly one ritual that’s quite unusual for non-Catholics. 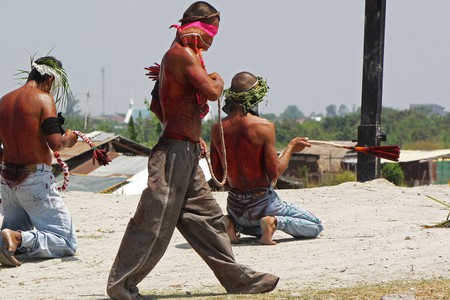 Self-flagellation ceremony in the Phillipines, similar to those that take place in Mexico | © istolethetv/WikiCommons

Alongside processions that involve self-flagellation, there are also those which focus on utter silence in order for the participants to show their devotion. These are especially popular in colonial areas like Querétaro, San Miguel de Allende, San Cristóbal de las Casas and, again, Taxco. This act of silence is said to encourage those taking part and those observing to consider the sacrifice made by Jesus and the betrayal and pain he suffered. Either way, it certainly makes for a solemn and intriguing afternoon. 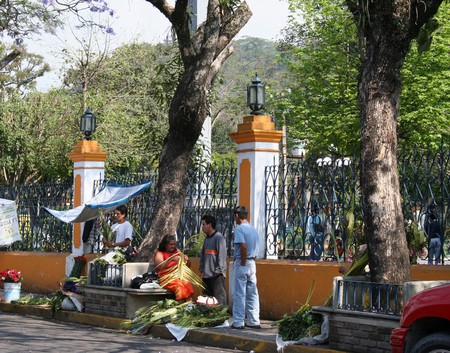 The act of visiting 12 churches over the span of 12 days is sometimes undertaken by the extremely devout, in an attempt to prove their devotion and honor the 12 apostles in one fell swoop. Perhaps doable for those in the church-heavy town of Cholula in Puebla, it could be more difficult for those who live in more rural spots. Even so, it’s a fascinating ritual of the very spiritual that takes place over Easter in Mexico. There’s another similar tradition that takes place on Maundy Thursday too, although that one involves visiting only seven churches. Amateurs. 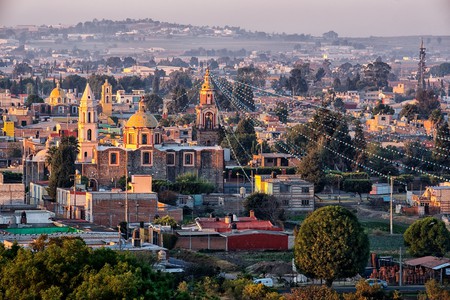 The burning of the Judases

This ritual often takes place on Holy Saturday, and involves, as the name suggests, the burning of effigies stylized to look like Judas, Jesus’ betrayer. Fashioned from cardboard, there are sometimes the added extra of fireworks to the models to make the mood slightly more festive, and in recent times, these effigies have been modeled not on Judas but on significant political figures. It’s believed that this tradition originated in Spain, which is why it has most hold in colonial towns like San Miguel de Allende, and it’s said that Frida Kahlo and Diego Rivera were big fans.