25 Photos That Prove Cuetzalan Is Mexico’s Most Magical Town 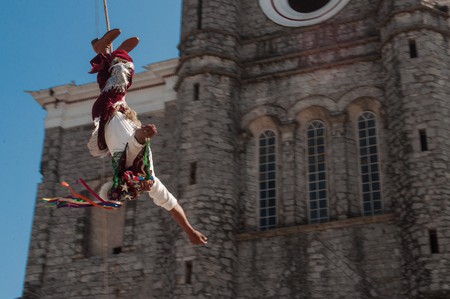 The traditional, indigenous village of Cuetzalan is famed for its market, coffee and vibrant festivals. Designated a “Magic Town” by Mexico’s Department of Tourism, the picturesque village is also famed for its voladores, the “flying” dancers who spin around a tall pole. The ritual ceremony has been recognized as an Intangible Cultural Heritage by UNESCO, and continues to attract tourism and funding to the remote mountain town.

Your jaw will drop at the sight of the voladores, who perform their ritual “dance” in front of the Parroquia de San Francisco de Asís every weekend. 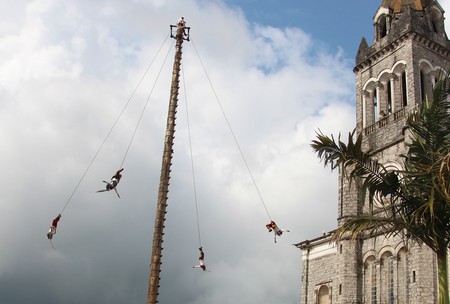 Visit Cuetzalan in early October for the Feria del Café y del Huipil, a festival celebrating both coffee and traditional indigenous blouses. Don’t fret too much if you can’t make it that month, the coffee in Cuetzalan is excellent year round. 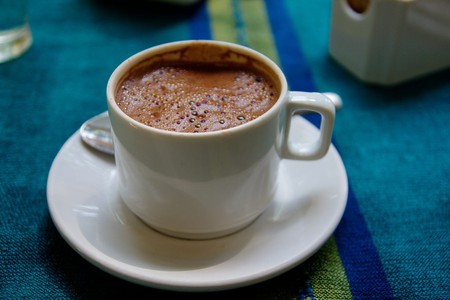 Coffee plants are found throughout the surrounding region. The red or purple cherries contain seeds which are referred to as coffee “beans.” 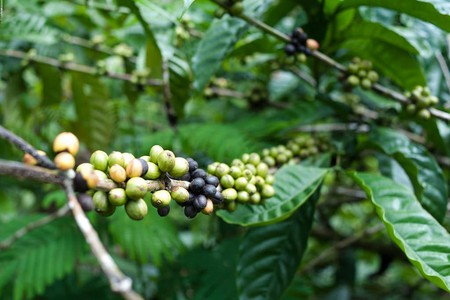 Walk the cobbled streets of this picturesque town and enjoy its elegant architecture and refreshing mountain air. 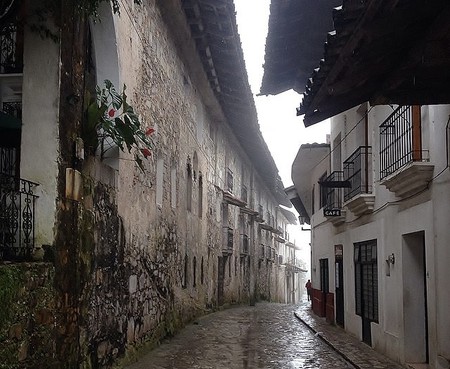 The Parroquia de San Francisco de Asís towers above Cuetzalan and can be seen from all around the town. 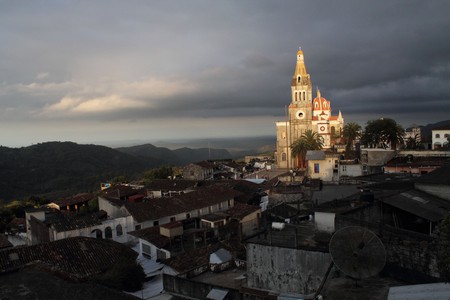 Both indigenous and Catholic traditions blend in the Parroquia de San Francisco de Asís. The noon Sunday Mass is said in the Nahuatl language and the music reflects the town’s roots. 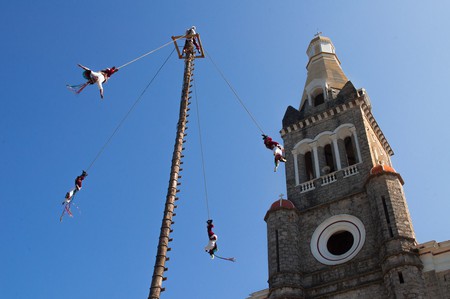 The construction of the Parroquia began in the 16th century and the building blends a variety of architectural styles. 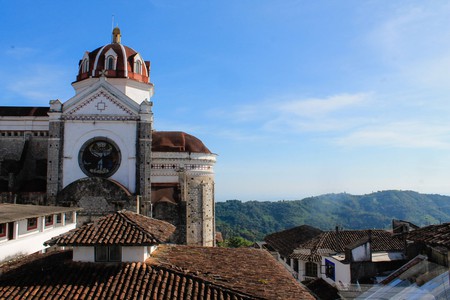 Faith is an important aspect of life in the town. The Virgin of Guadalupe, Saint Francis of Assisi and Saint Jude Thaddeus all inspire fervent devotion. 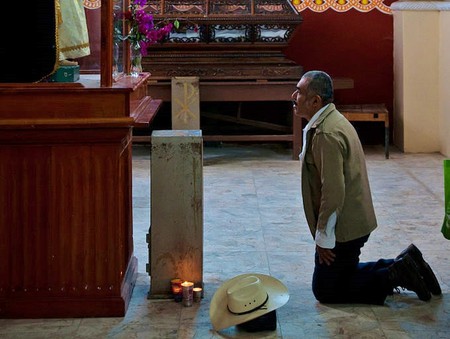 The enchanting town is known for its red-tiled roofs. 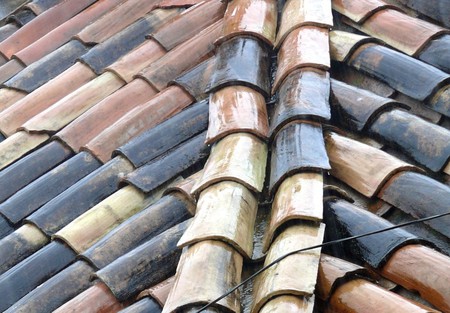 Despite being a small, laid-back destination, Cuetzalan is famed for its festivities and parades. 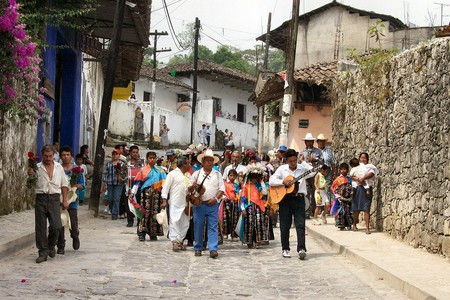 As with many other indigenous communities in Mexico, the market is a central part of the social and cultural life of the town. 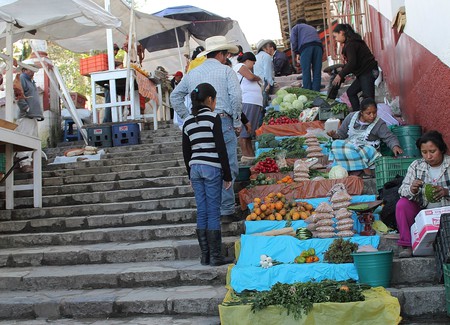 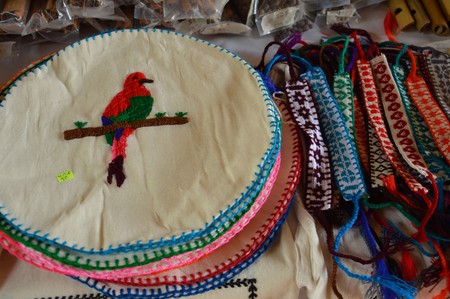 Fruit marmalade is a beloved specialty in the town and people from surrounding villages travel for miles to stock up on their favorite flavors. 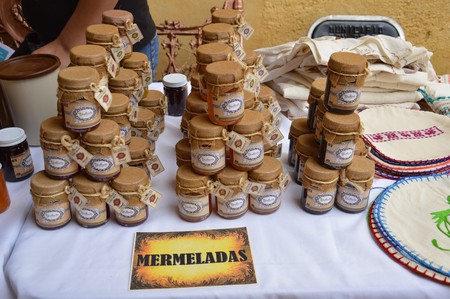 If you’re looking for authenticity, local markets are a great place to sample traditional food. 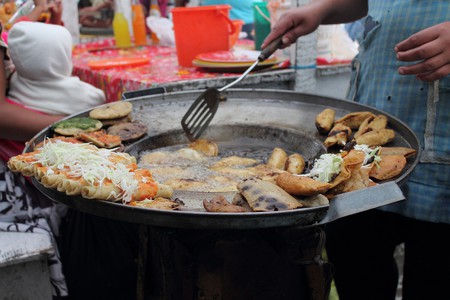 Yolixpa is an alcoholic beverage that is served in Cuetzalan. The drink, which is a blend of herbs, honey and aguardiente, is said to cure all manner of ailments. Try it while you’re here, because it is difficult to find elsewhere.

The countryside surrounding Cuetzalan offers some spectacular mountain scenery. Keep your camera at the ready as you curve up the winding roads to the town. 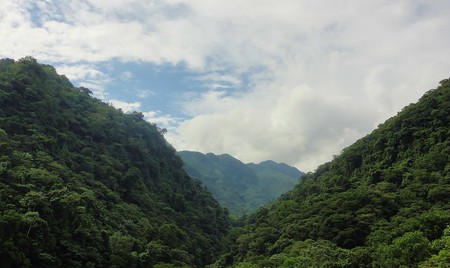 Just 25 minutes by car from Cuetzalan, the pre-Columbian site of Yohualichan is one of Mexico’s archaeological wonders. 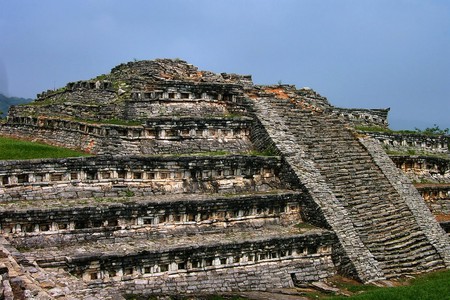 The flora surrounding the site is brightly-colored and often eccentrically shaped. 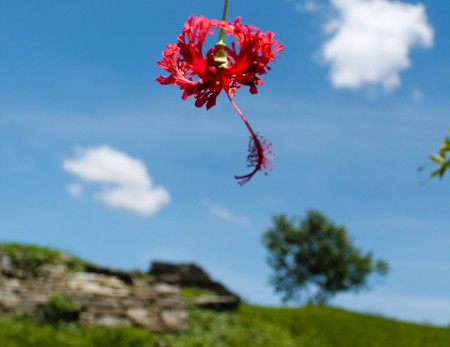 Cascadas Las Brisas are two stunning waterfalls located less than 10 minutes by car from the center of Cuetzalan. Bring your bathing suit because the natural pools underneath the waterfall are great for swimming. 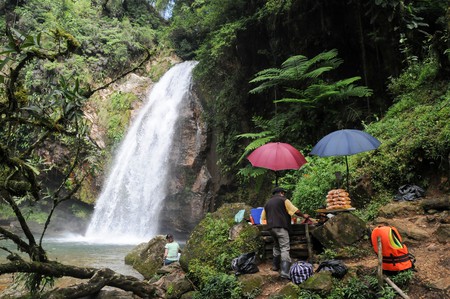 Keep an eye out for the fascinating wildlife surrounding the Cascadas Las Brisas. 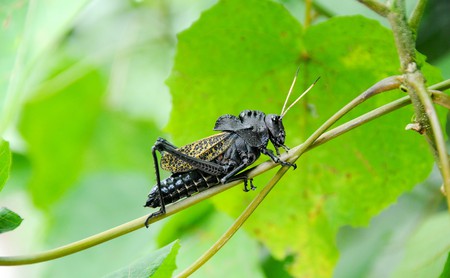 You’ll find brightly-colored birds such as the Chipe Corona Negra in the area. 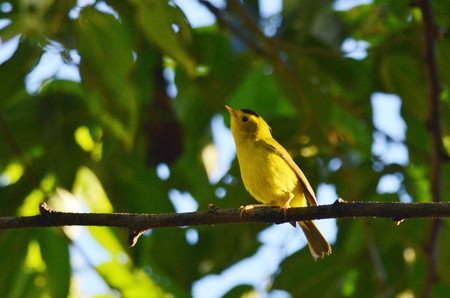 Large hummingbirds such as the Violet Sabrewing are also native to the Cuetzalan region. 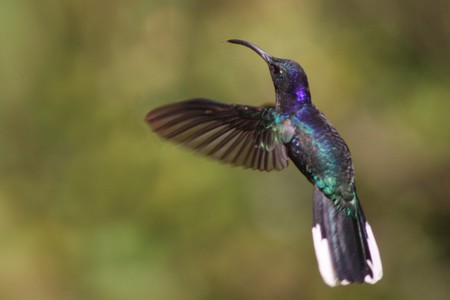 The Cascadas Las Brisas are surrounded by dense undergrowth that is fascinating to explore. 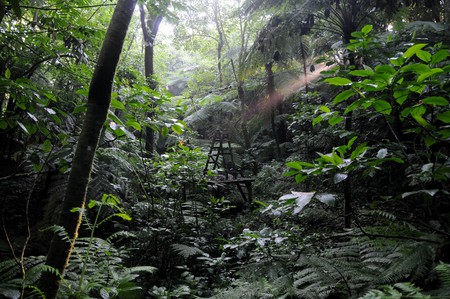 Ladder in the heart of the forest, Cuetzalan | © John Leszczynski / Flickr

Taxipehuatl is a tiny village located 11 kilometers outside of Cuetzalan city center. The scenic zone offers more exciting wildlife and another spectacular waterfall. 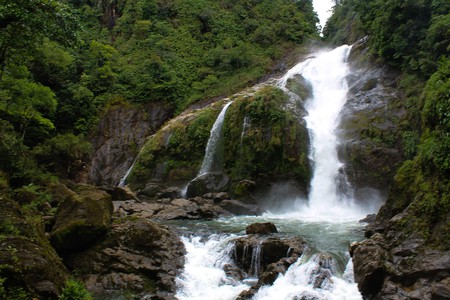 Passion fruit is native to the area and is a common ingredient in the salads, marmalades and juices sold in the town. 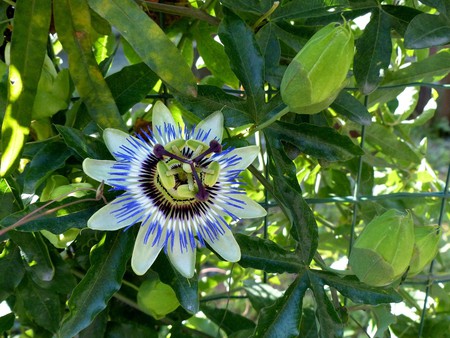