15 Reasons Why You Should Visit Oaxaca, Mexico At least Once in a Lifetime 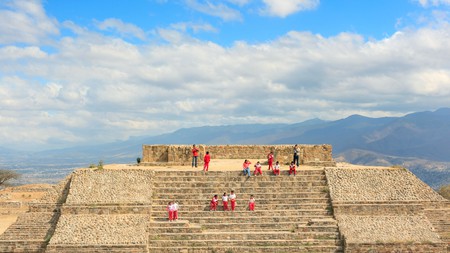 Oaxaca, Mexico’s mesmerizing southern land. A state that overwhelms the eyes and delights the palate. A cultural center for both pre-hispanic culture and the culture of today. If you aren’t convinced already about why you should go, here are 15 things you won’t want to miss.

While it’s false that Oaxaca is the only state where mezcal is made in Mexico, it’s true that from this state comes some of the country’s best. Bars and restaurants all over the state offer tastings and there are several tour agencies that will arrange for you to visit a mezcal farm out in the wilds of Oaxaca. 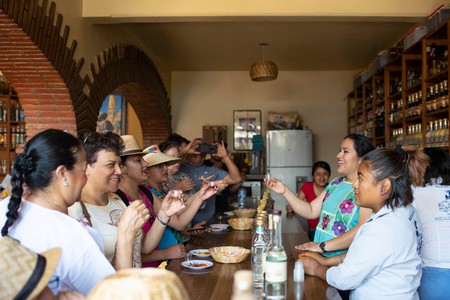 While Oaxaca is beautiful any time of the year, special holiday seasons are worth planning trips around. Day of the Dead at the end of October/ beginning of November is a very special time of carefully curated altars to dead family members, painted faces, food and fiesta. Christmas is also a magical time to be in this state, full of holiday parties and events, Christmas decorations and of course, delicious food. 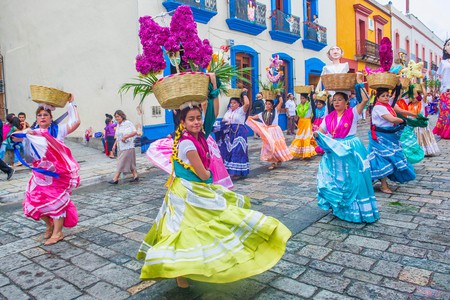 Founded around 500BC, Monte Alban was one of the most important Mesoamerican cities of its era. The city’s population navigated to Teotihuacan by stars alone in order to trade their jade and other precious stones. Today, the city’s ruins are a rolling, green graveyard of former homes and ceremonial centers. There is a small museum on the grounds to give you a fuller picture of the importance of the site. 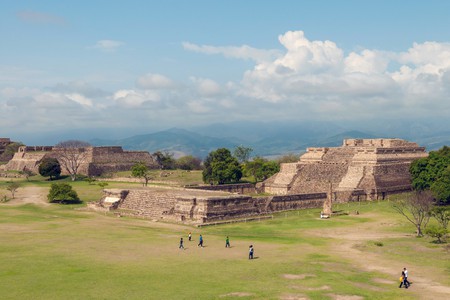 Known throughout the world for their distinctive dot patterns, the electric-colored Oaxacan carvings depict mainly animals, both real and fantasy. Most arts and crafts shops in Oaxaca will have carvings for sale, but for a real taste of the tradition head out to a local workshop and see the craftsmen who create these beauties perform their work up close and personal. 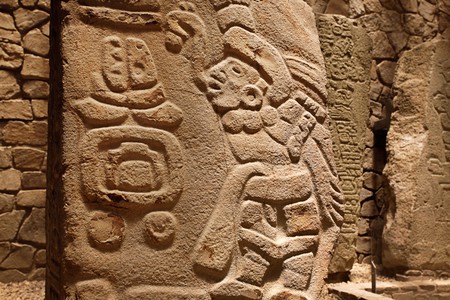 Oaxaca is the land of the seven moles and until you’ve tried them all you can’t say you’ve really lived. Although for most of us the richness of mole is not for everyday, in Oaxaca you can’t help but want to try one every time they appear on the menu. Rabbit in yellow mole, pork in green, beef in a manchamanteles (literally “the tablecloth stainer”): taste them all until you find your favorite, or take a class and learn the secrets behind these bedeviling concoctions. 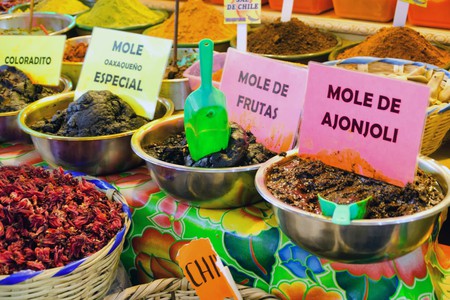 Tour agencies across the state arrange visits to local communities to partake in one of the Americas’ oldest cultures. You can visit local artisans in the midst of creativity, sit with women as they cook regional dishes, and take part in religious ceremonies and annual festivities and dances. 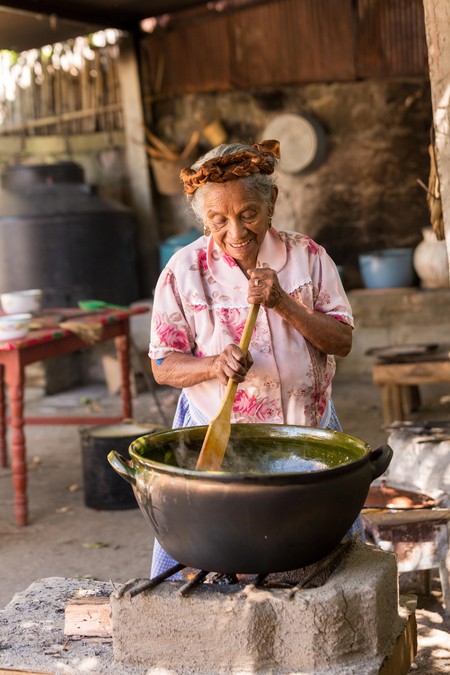 Hot chocolate in Oaxaca comes with a little cinnamon, some almond maybe, a pinch of chili, all blended to perfection. It takes an expert to whip chocolate and water until it’s just the right, creamy texture, but the women of Oaxaca’s markets seem to be born with the skill. Definitely order it alongside a pan de yema, an egg bread whose delicate texture matches the weight of your chocolate perfectly. 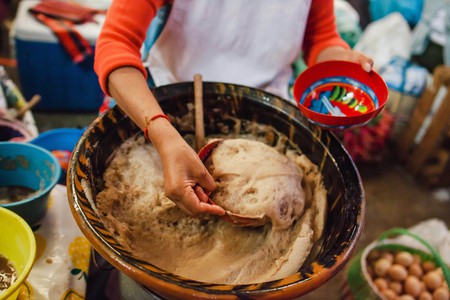 Those balls of stringy cheese that you find all over Mexico are often called queso oaxaqueño (Oaxacan cheese) because so much of its production is in the state of Oaxaca. The cheese’s actual name is quesillo and you will find some of the freshest in the state of Oaxaca. Eat it in a quesadilla with squash blossoms, melted inside a milanesa torta or just pull off hunks as a time and savor it slowly, piece by delicious piece. 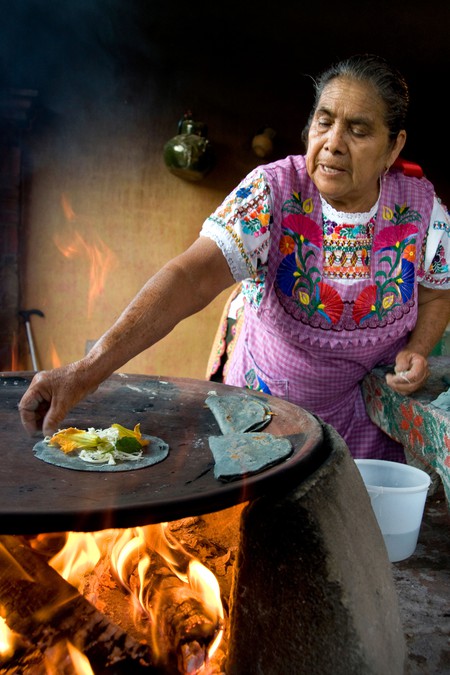 Another Oaxacan tradition, the tlayuda is made with a large, flat tortilla that has been left out to dry and then re-fried in some good ol’ lard. It’s traditionally topped with refried beans, cheese, and salsa, but can include lettuce, cabbage, meats of a million varieties and fresh tomatoes. The tlayuda is best enjoyed in markets and street stalls where you can get down to the messy business of eating it ravenously. 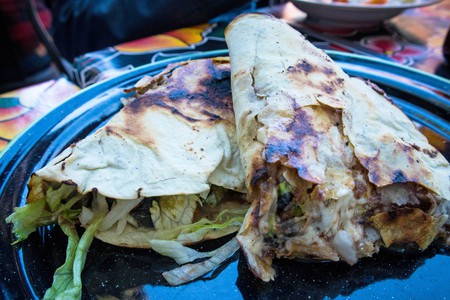 Oaxaca’s capital city is a gem of the Mexican south. Culture, crafts, and cantinas each add their own special touch to this incredibly colorful capital. Great restaurants await you in Oaxaca City, with some of the country’s most famous chefs running them, and with the growing obsession with mezcal happening around the world, the city’s bars are some of the hippest places out there. 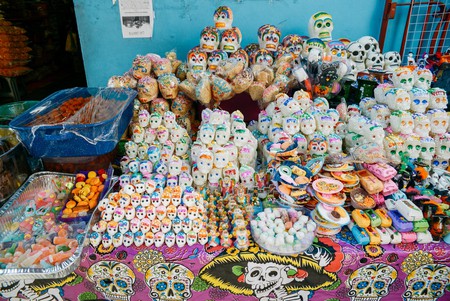 Oaxaca abounds with breathtaking religious architecture, some of the most impressive being the 1570-built Santo Domingo de Guzmán, the 1733-built Cathedral and 1690-built Basílica de la Soledad. The Dominican missionaries built their churches and spread their religion all across this state with some of the best examples in Cuilapam de Guerrero, San Pedro y Pablo Etla and San Juan Bautista Coixtlahuaca. 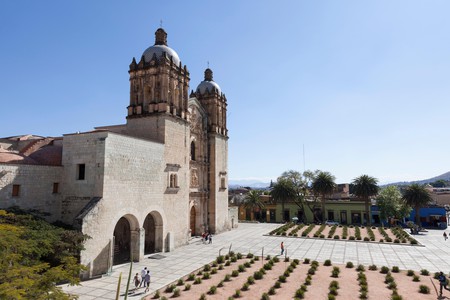 Oaxacan markets are an overwhelming display of regional fruits, veggies, cheeses and chilies. Farmer come in from the most rural of areas to sell local apples, minuscule chilies that pack a punch and wild turkey eggs. Every small town will likely have a local feast-for-the-eyes market and Oaxaca city has over half a dozen. Also unmissable is the massive Tlacolula market in the city of the same name that takes place every Sunday. 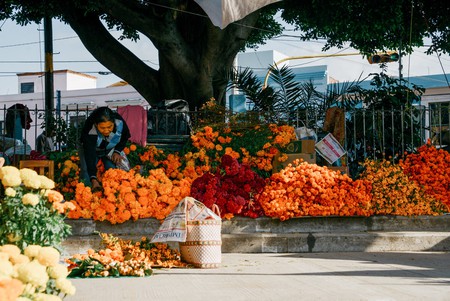 Waterfalls that appear frozen in time and natural mineral pools dot the Hierva de Agua just outside of Oaxaca City. The waterfalls are actually rock formations, caused by fresh water springs with high concentrations of calcium carbonate and other minerals. The semi-desert landscape is a hot hike during the warmer months, but a nice dip in the afternoon in the mineral pools will soon put you right. 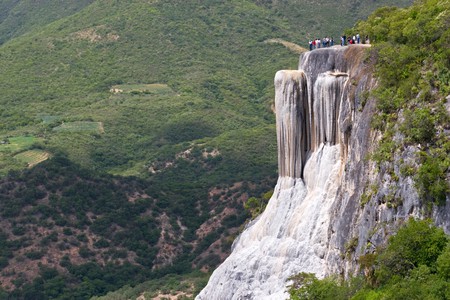 In the north of Oaxaca, Caldo de Piedra (or Stone soup) is a long-held tradition of the Chinanteco people, an indigenous group with an illustrious history. Stones are gathered from the nearby river and heated until hot as coals. All the soups ingredients – a mix of veggies, herbs, shrimp and fish – are placed in a bowl with water and a hot stone dropped in. In only 3 or 4 minutes the ingredients are cooked, with the added hint of river stone for your dining pleasure. 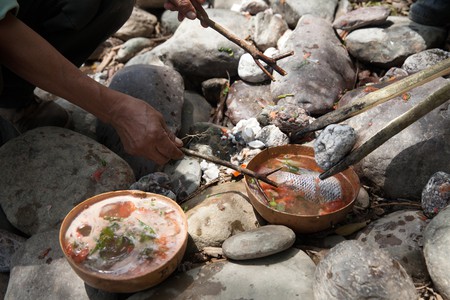 Calendas are an ancestral tradition in Oaxaca. A street party with decorative costumes, indigenous music, dancing, eating, drinking and general merriment. It’s a time to see friends and family and to celebrate life. Massive puppets with papier mache heads are often on the march with the rest of humanity, as well as beautifully adorned ladies with baskets of brilliant flower arrangements. Fireworks are a must – along with a celebratory spirit. 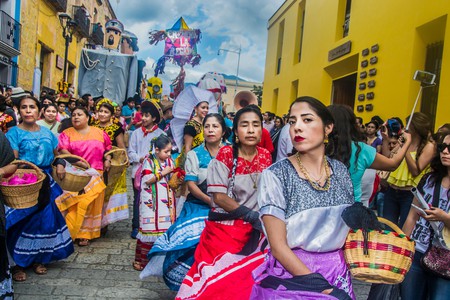