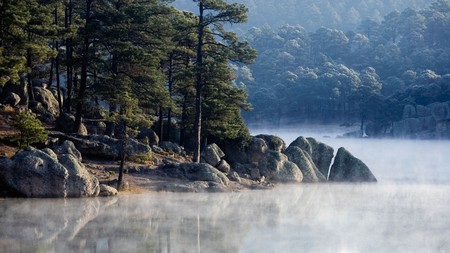 The Copper Canyon (and the associated El Chepe train) is arguably the most famous attraction in Northern Mexico, making many a traveller’s bucket list. Known in Spanish as Barrancas del Cobre, it has canyons which are not only deeper but larger than those of the Grand Canyon. But aside from some stunning natural beauty and impressive landscapes, what other attractions are there in the Copper Canyon? Here’s our pick of the top 15 to get you started.

While there are plenty of hot springs hidden within the Copper Canyon (like those of Owerabo and Basirecota), the most well-known are the Recohuata Hot Springs, which can be easily be accessed from Creel, one of the canyon’s most traversed villages. Nestled at the base of the Tararecua canyon, the Recohuata (sometimes spelled Recowata) springs are very well maintained and make for an excellent and relaxing day trip.

If you want to combine a day trip to the Recohuata Hot Springs with another popular Copper Canyon attraction, then heading to the nearby Cusararé Falls is a no-brainer. While this waterfall is far from the tallest the Copper Canyon has to offer, its 30m (98 foot) drop still makes it an impressive place to visit, and the surrounding pine forests are just as picturesque. 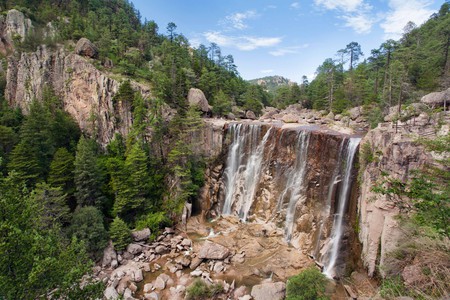 Think Mexico and archaeological ruins and it’s to be expected that places like Teotihuacán and Chichén Itzá spring to mind – however, the north of the country also has a smattering of ruins, including in the Copper Canyon. Paquimé Archaeological Park can be easily accessed from the nearby small town of Casas Grandes.

The U-shaped Lake Arareko, situated just 5 km (3.1 miles) from Creel, is a lush outpost of natural beauty in the Copper Canyon. You can soak up the scenery surrounded by squirrels, ducks and birds, before going horse riding or mountain biking in the area. 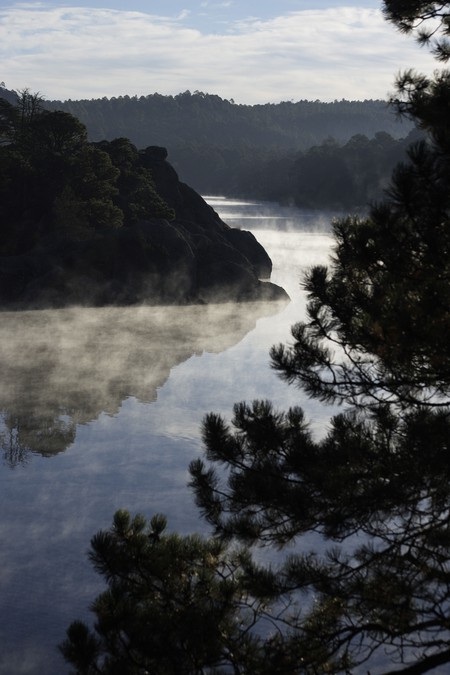 There are three famous valleys in the Copper Canyon, but the most publicised is definitely the Valle de los Monjes (Valley of the Monks), also known as Valle de Bisabírachi, which is full of towering rock formations that (vaguely) resemble the monks after whom the valley is named. 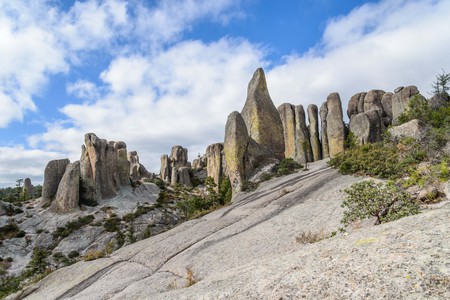 Valley of the Frogs

The second of the three valleys is the Valley of the Frogs (Valle de las Ranas). As you might be able to guess, this valley gets its name because the rock formations resemble frogs rather than monks. Valley of the Frogs is also super conveniently located in Creel.

Valley of the Mushrooms

The third and final valley notable for intriguing geological features is the Valley of the Mushrooms (Valle de los Hongos). Also situated in Creel, this valley was also masterfully sculpted by Mother Nature. 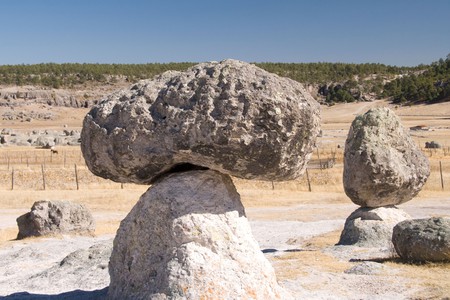 If you pressed someone to name the most famous Copper Canyon waterfall, they’d probably go for the Basaseachic Falls, which can be found cascading a whopping 246m (807 feet) down a cliff face. However, this waterfall is still not the tallest in Mexico (we’ll get to that). While we’re here though, a special shout out should also go to the relatively unexplored Candameña Canyon, in which the Basaseachic Falls are situated.

Finally – the tallest waterfall in Mexico and 11th largest in the world! We said we’d get to it. Piedra Volada, found deep within the Copper Canyon, is only accessible on foot – hiking there from the Basaseachic Falls would take about a day. The waterfall is 463m (1,519 feet) high and, if you take the time to hike out, can be appreciated from a nearby lookout point. 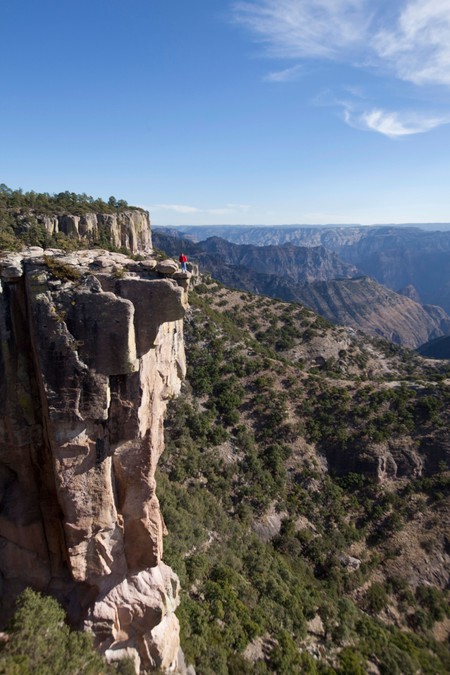 We touched briefly on Creel earlier, but this is perhaps the Copper Canyon’s best-known village, the most common access point to the canyon system itself, and one of Chihuahua’s three pueblos mágicos (magic towns). In fact, a number of the previously mentioned Copper Canyon attractions are situated in and around Creel, which is also one of the few places that the El Chepe train stops at. Don’t forget to visit the Cristo Rey statue, which has panoramic views over the town. 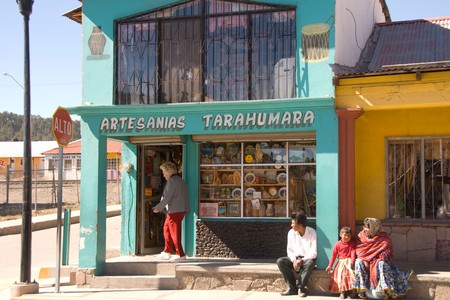 The second magic town in Chihuahua, Batopilas is also to be found in the Copper Canyon. Not as traversed as Creel, Batopilas is a slow-paced but charming pueblo and, if you drive from Creel to Batopilas, you can take advantage of the gorgeous Mirador de Bufa (Bufa lookout), which has views over the La Bufa Canyon. 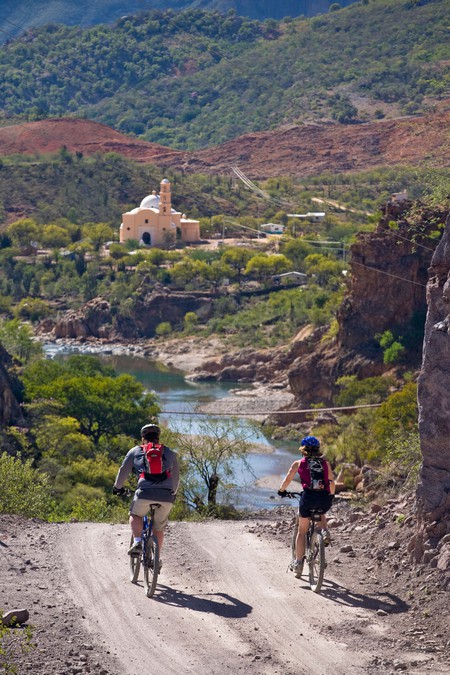 The third and final pueblo mágico in Chihuahua is Casas Grandes. While the town isn’t ostensibly that exciting, you can easily access the aforementioned Paquimé ruins very easily from Casas Grandes. There are also bird watching opportunities on offer at the Laguna Fierro. 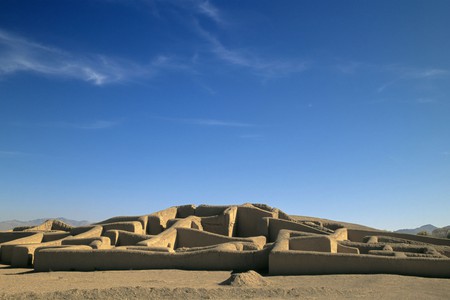 If you’re looking for a more man-made attraction in the Copper Canyon then, besides the El Chepe train, you can’t get better than the Parque Barrancas adventure park. Ziplining is the signature activity on offer (and this adventure park is even home to the world’s longest zipline), but you can also ride in a cable car or play mini golf. It’s best to head there by hiking from the Divisadero train station.

Although it has been suggested that you might want to ‘bring your imagination’ for a visit to the Hacienda San Miguel, it’s still an important stop in the Copper Canyon for history buffs. Previously the home of an American politician, Alexander Shepherd, it’s now pretty much entirely in ruins.

Finally, a final must-see in the Copper Canyon is Peña del Gigante. Supposedly the highest vertical rock face in the country, you might want to avoid if you suffer with vertigo, although experienced climbers will be in their element.