Bosque de Chapultepec, seen from the Castillo | © GameOfLight/WikiCommons
Mexico City is a pretty fantastic place to visit, never mind live, so it will come as no surprise that there are numerous magical sights, sounds and destinations that make all Mexico City locals proud. Here are our picks for the best spots that every chilango would revel in bragging about, from ancient buildings to national parks and even freaky-looking dogs.

Cathedral, Museum
© David Crossland / Alamy Stock Photo
Not only is the Catedral Metropolitana one of Mexico City’s most spectacular, iconic and historic buildings, it’s also the oldest cathedral in the Americas, and one of the capital’s must-visit Catholic destinations. Situated on what was once the site of sacred pre-Hispanic monuments, the cathedral is actually built using stone stolen from the adjoining Templo Mayor and was formerly the location of the impressive Aztec Sun Stone, which can now be found in the Anthropology Museum.
More Info
Open In Google Maps
S/N Plaza de la Constitución, Centro Histórico de la Ciudad de México, Centro Ciudad de México, Ciudad de México, 6000, Mexico
+525541654052
View menu
Visit website
Visit Facebook page
Send an Email
Give us feedback

When we say Xochimilco, which is in itself one of Mexico City’s 141 wonderful pueblos originarios, we actually mean the trajineras and chinampas of the neighborhood. Often referred to as the Venice of Mexico City, Xochimilco is best known for these brightly painted canal boats that have been ferrying tourists, chinampa workers and residents up and down the city’s canals for decades. 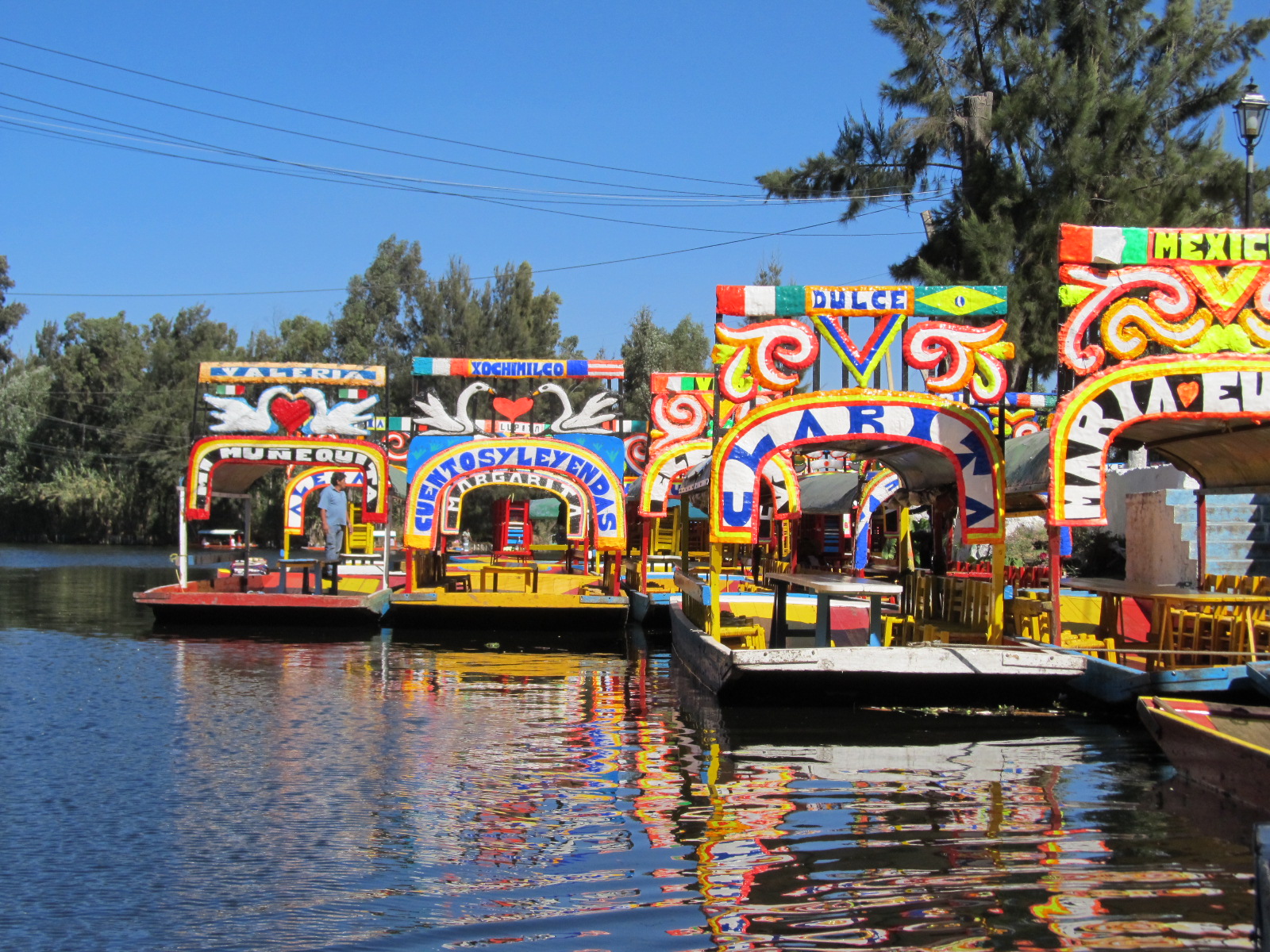 Ruins
Plaza de las Tres Culturas | © Nacho Pintos/Flickr
While Tlatelolco’s Plaza de las Tres Culturas has sadly been the site of some of Mexico City’s worst tragedies in recent history (the 1968 student massacre), it is still a place of which residents can be proud, given that it combines the three cultures that make up modern day Mexico; pyramids mark the Mesoamerican past, the Torre de Tlatelolco in the background signals the present day, and the colonial Templo de Santiago represents Spain’s influence on the country.
More Info
Open In Google Maps
S/N Eje Central Lázaro Cárdenas, Tlatelolco Ciudad de México, Ciudad de México, 6900, Mexico
View menu
Visit website
Visit Facebook page
Send an Email
Give us feedback

The city center Bosque de Chapultepec, a.k.a. the lungs of Mexico City, is one of the largest inner-city parks in the Western Hemisphere, up there with N.Y.C.’s Central Park. It is also home to some of Mexico City’s top museums and galleries, such as the Museo Tamayo and the Castillo de Chapultepec, the latter of which offers magnificent views over the surrounding area. It’s no wonder 15 million visitors come to the park annually.

Building
Palace Bellas Artes, Mexico City | © Donisl / Alamy Stock Photo
Book Now
From one symbol of the city to another, the gleaming white façade of Mexico City’s Palacio de Bellas Artes, in combination with the sparkling orange-tiled roof, has made it one of the most recognizable edifices in the country, and a true source of pride for locals. It’s best known for its magnificent combination of Art Nouveau and Art Deco architecture, as well as for housing some of the most impressive murals in the city, and a Tiffany glass curtain.
More Info
Open In Google Maps
S/N Avenida Juárez, Centro Histórico de la Ciudad de México, Centro Ciudad de México, Ciudad de México, 6050, Mexico
+525286476500
View menu
Visit website
Visit Facebook page
Send an Email
Give us feedback

Park
Espacio Escultórico | © echelonbaxter@ymail.com/Flickr
All of Ciudad Universitaria could have been included on this list, from the instantly recognizable Central Library to the beautiful modern M.U.A.C., yet we think that the Espacio Escultórico beats them any day. This open-air sculpture park is one of the most budget-friendly options in the capital, filled with quirky, picture-perfect exhibits and tons of Instagram potential.
More Info
Open In Google Maps
Mario de La Cueva, Universitaria Ciudad de México, Ciudad de México, 4510, Mexico
+525515347102
View menu
Visit website
Visit Facebook page
Send an Email
Give us feedback

Archaeological site
Zona Arqueológica Cuicuilco | © TJ DeGroat/Flickr
Cuicuilco is the archaeological site that boasts one of Mexico’s few unusual round pyramids – with Guachimontones in Guadalajara being another – and so it’s one of those places you can’t pass up the chance to visit if you’re in town. Perfect for exploring, picnicking, and generally just escaping the day to day rat race of Mexico City, Cuicuilco is the ideal escape for history and culture buffs.
More Info
Open In Google Maps
Espacio Ecológico Cuicuilco Ciudad de México, Ciudad de México, 14060, Mexico
View menu
Visit website
Visit Facebook page
Send an Email
Give us feedback

If you love murals, but want to get off the beaten path when it comes to spotting them in Mexico City, then you should swing by the Polyforum Cultural Siqueiros in Nápoles. While it still holds as much appeal to locals as the other mural hotspots of the capital, it goes largely ignored by tourists, despite being one of the coolest examples of David Alfaro Siqueiros’ work. 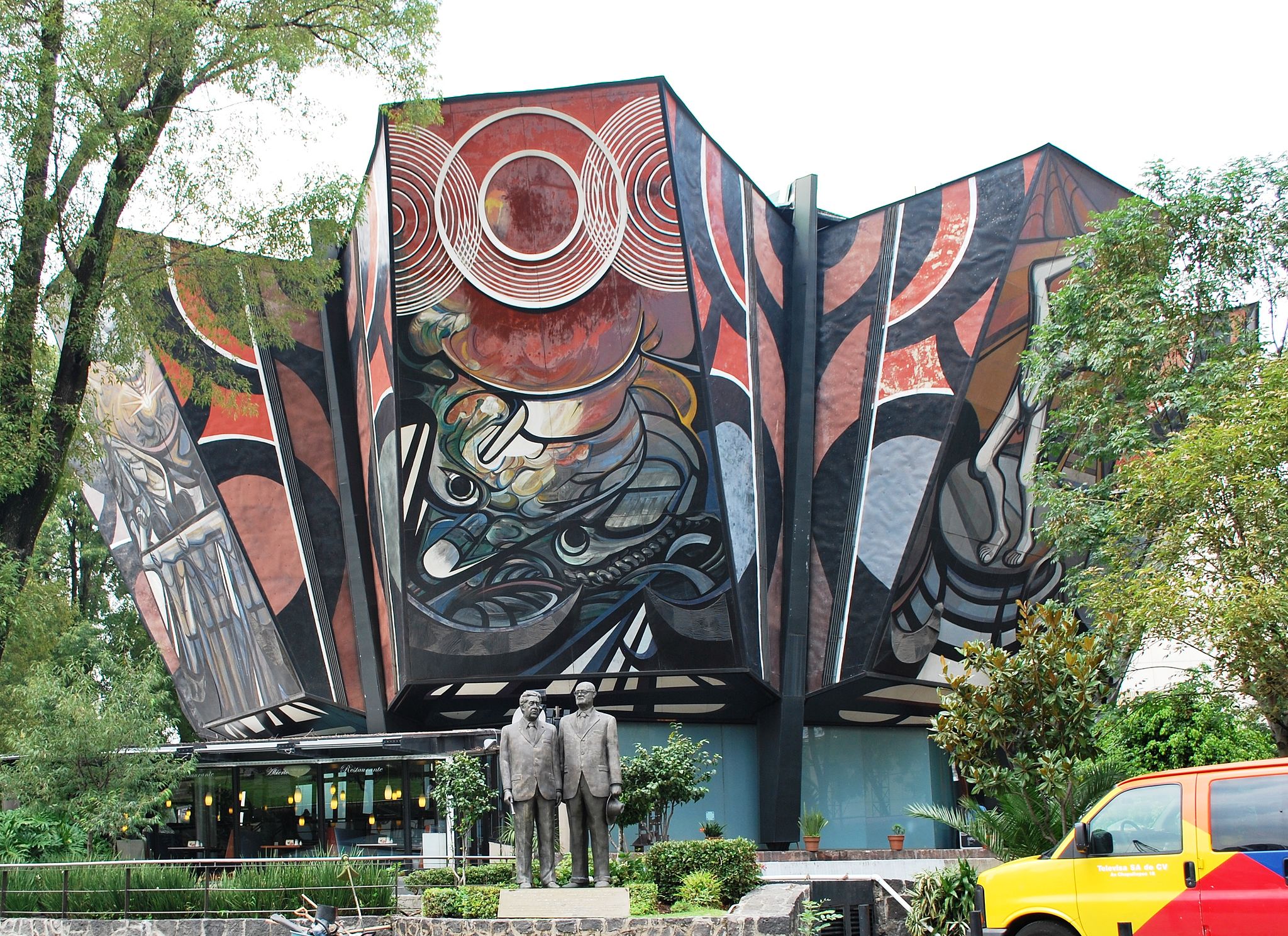 Sure, Kahlo’s Casa Azul steals the spotlight when it comes to Kahlo-fuelled tourism in Mexico City, but many forget that she and husband Diego Rivera also shared a house-cum-studio in the San Ángel district of the capital, too – the Museo Casa Estudio Diego Rivera y Frida Kahlo. Architecturally beautiful, it’s quieter and cheaper than other Kahlo attractions, and hemmed in by picture-perfect cactuses. 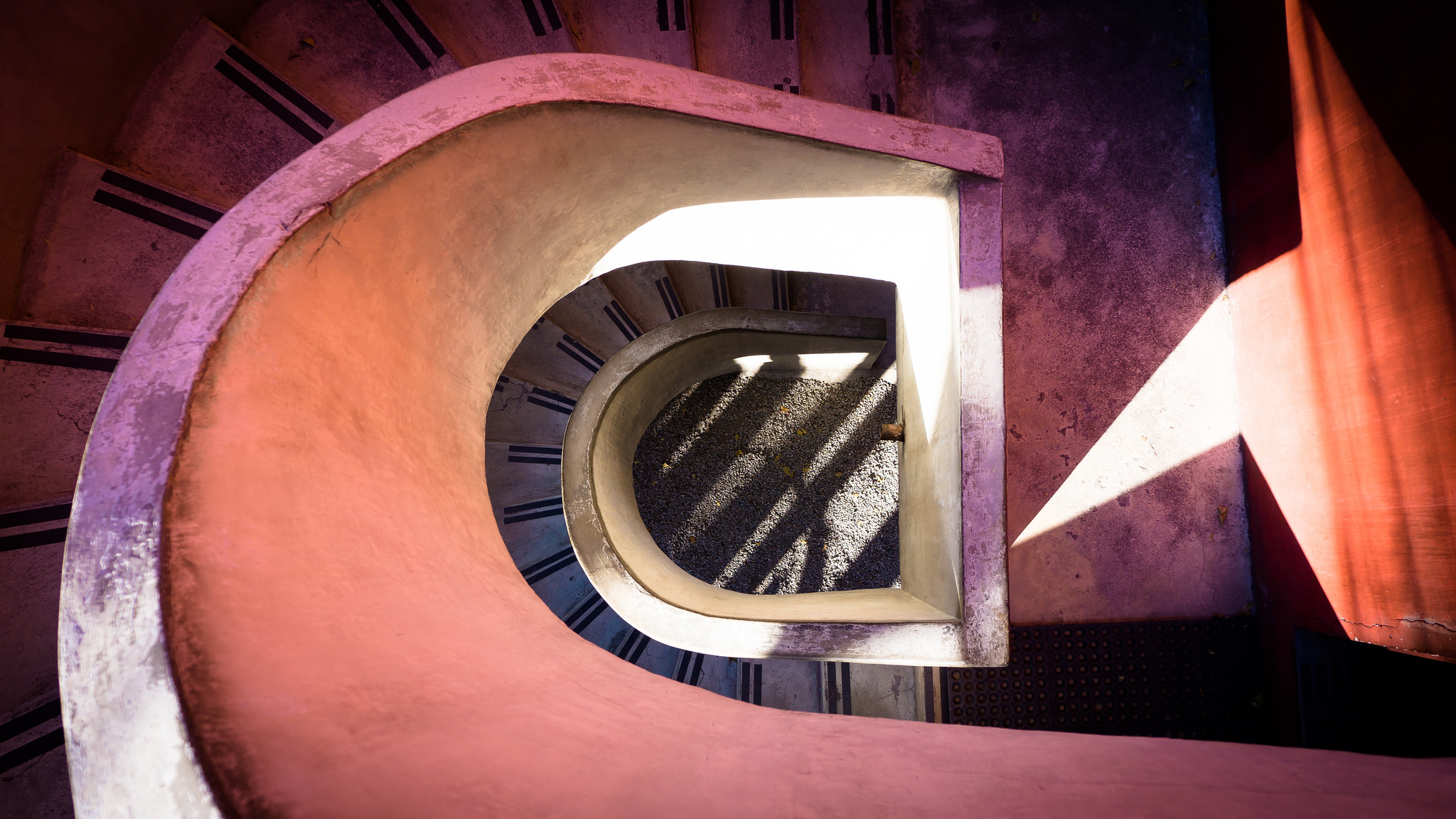 Desierto de Los Leones is not, as the name could perhaps suggest, filled with lions. Rather, it is one of Mexico City’s greatest national parks and widely considered to be the oldest protected biosphere in Mexico, perfect for running, bike riding and camping. It also plays host to one of the most tranquil picnic spots in the capital, the gorgeous old Carmelite convent.

A haven for Rivera and Kahlo fans, the fantastic collection of artwork housed in the building and grounds of the huge yet tranquil Museo Dolores Olmedo complex in La Noria should easily be a source of national pride for the casual chilango. However, you can’t forget about the wealth of bizarre, emblematically Mexican Xoloitzcuintle dogs that call it home, too. And it’s free on Tuesdays! 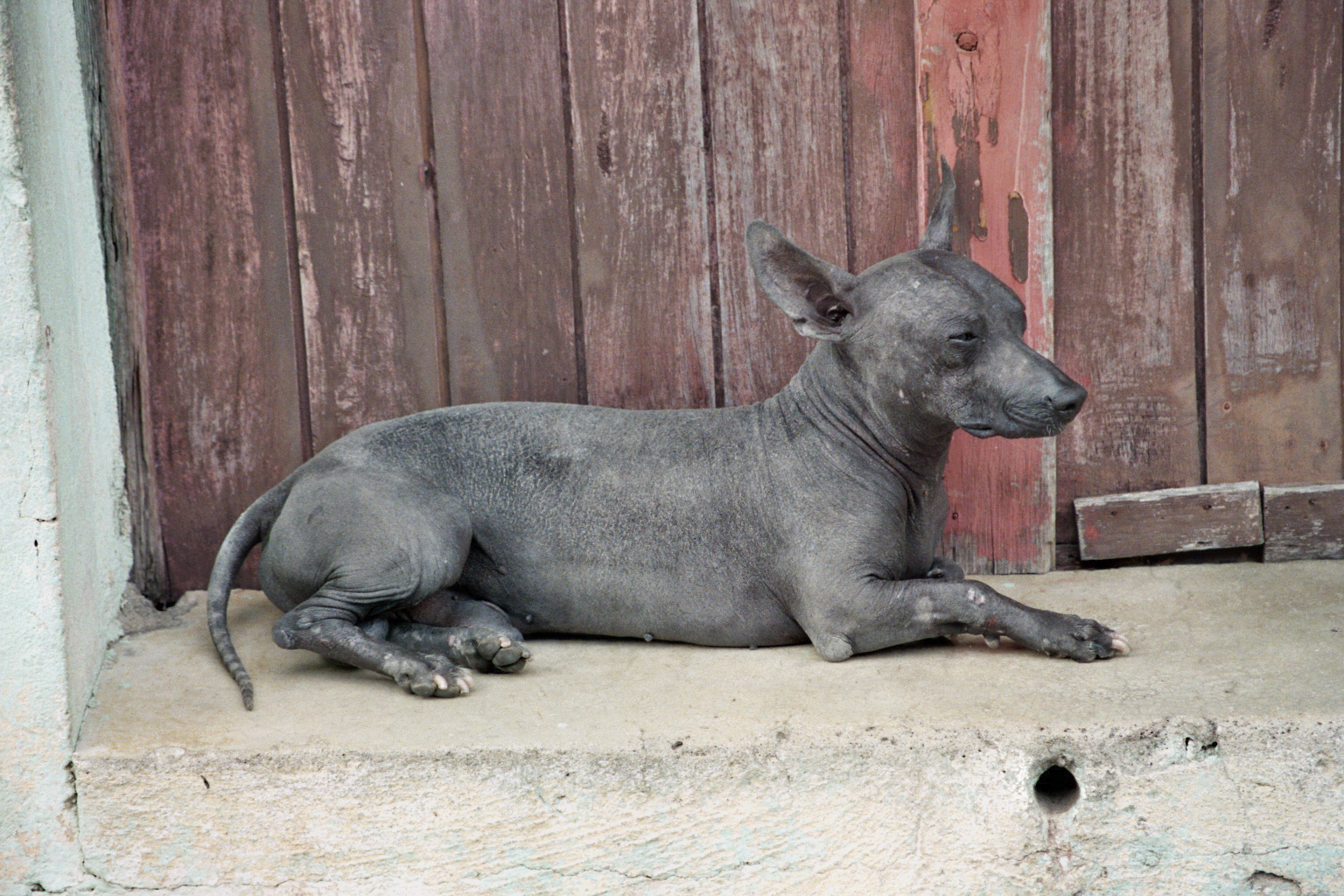 One of the oldest buildings in not just Mexico City but the whole country, the Colegio de San Ildefonso is an unmissable sight for both locals and visitors in the Mexican capital. Founded in 1588 by Jesuits, it is widely considered to be the country’s first university, a huge center of learning, and also the undisputed birthplace of Mexican muralism. If that isn’t enough reason to call it a source of local pride, we don’t know what is. 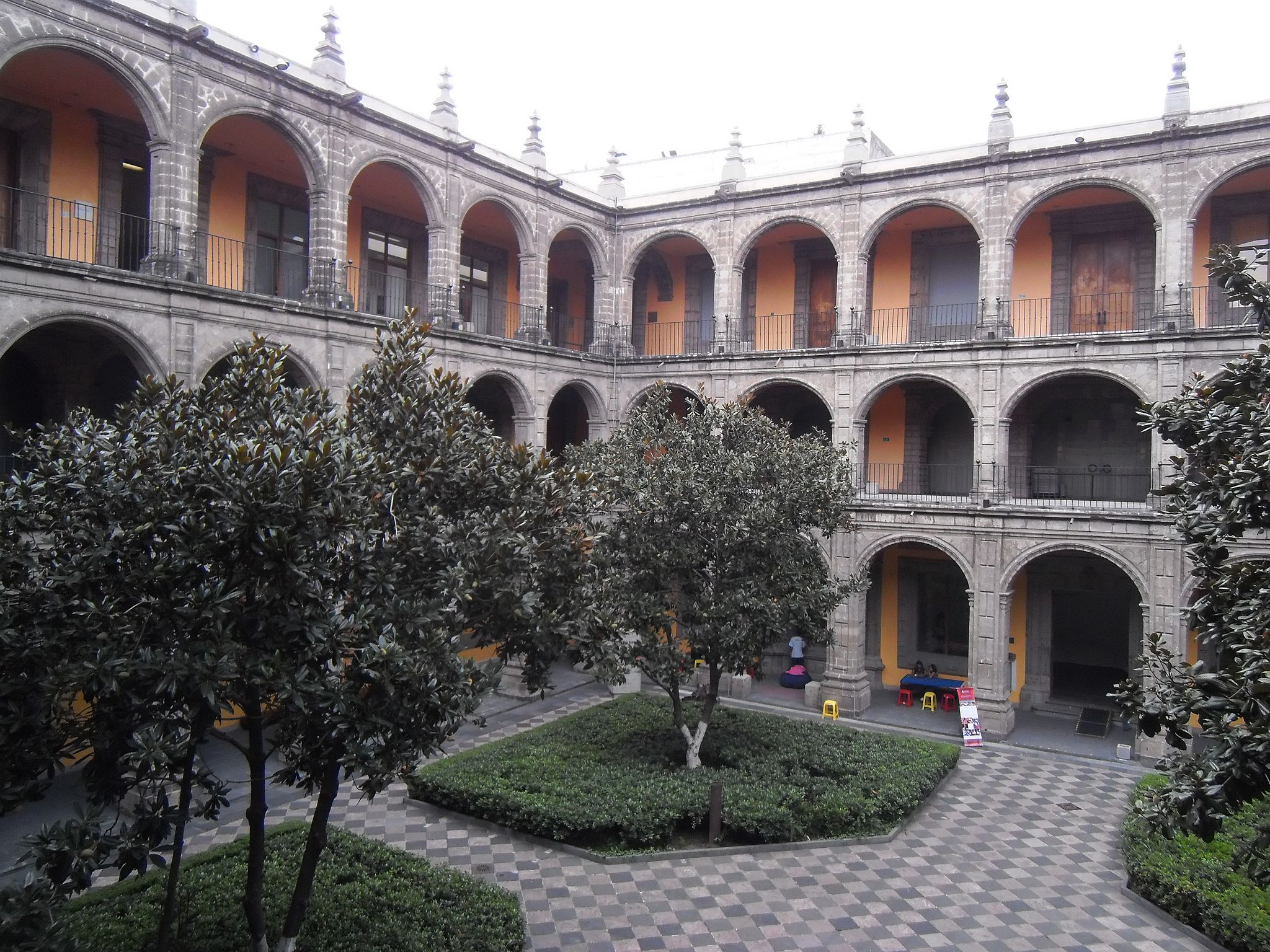 Easily one of the most beautiful libraries in the city, the Biblioteca Vasconcelos in Santa María la Ribera (not to be confused with the Old Biblioteca Vasconcelos by Metro Balderas) is an Alberto Kalach-designed architectural and literary masterpiece. Known for its space-age, vertigo-inducing suspended shelves and the Gabriel Orozco whale skeleton sculpture, there is also an underrated botanical garden there, too. No, it has no English-language section, but who cares when its beauty is universally understood? 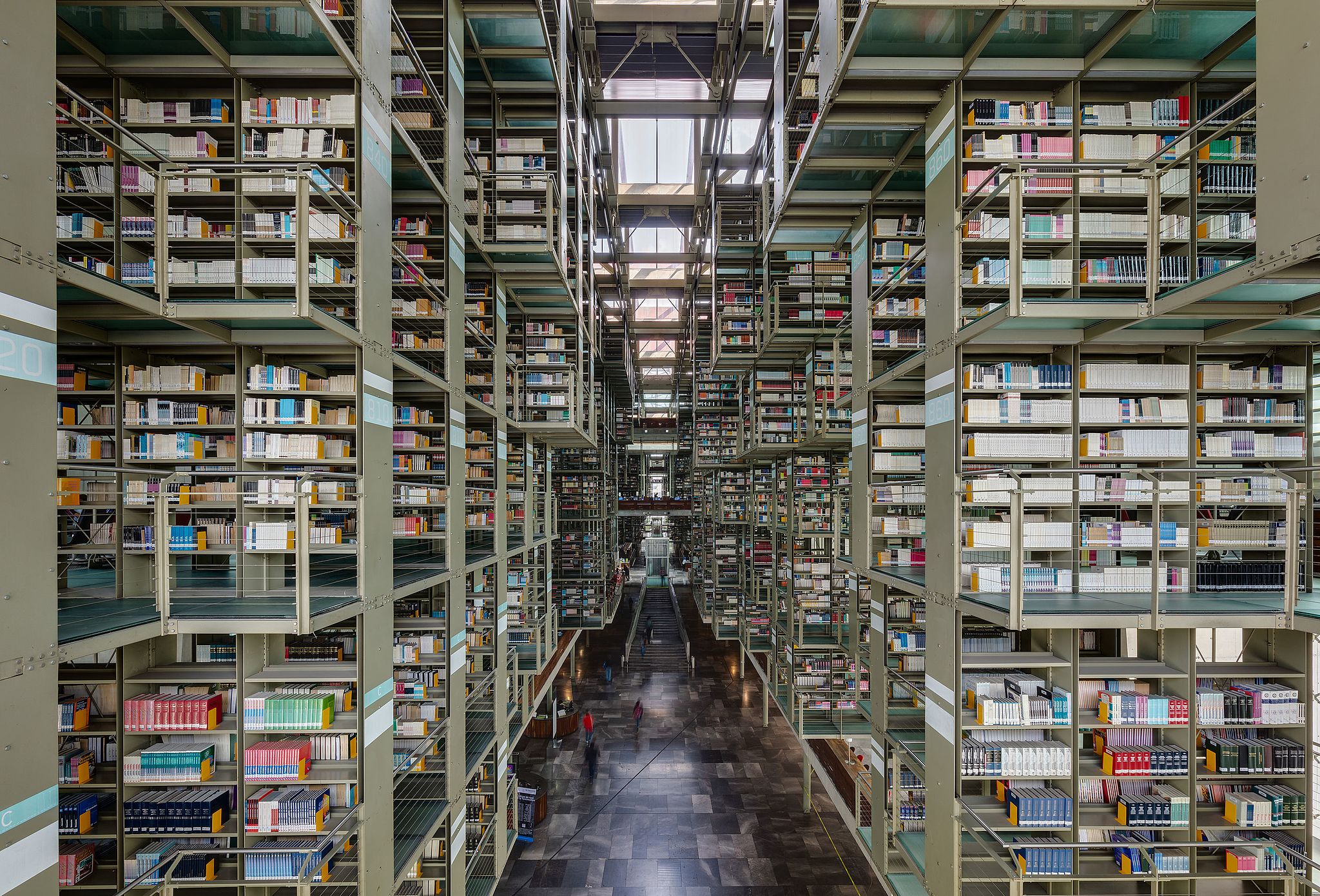 If you split Mexico City down the middle, into two separate halves, one half would be the city center and the other half would be formed of the sprawling Parque Nacional Cumbres de Ajusco. That should give you some idea of the size of this magnificent walking, hiking, and jogging destination within the city limits of the Mexican capital. When you visit, make sure to explore one of the country’s highest peaks – the Pico del Águila. 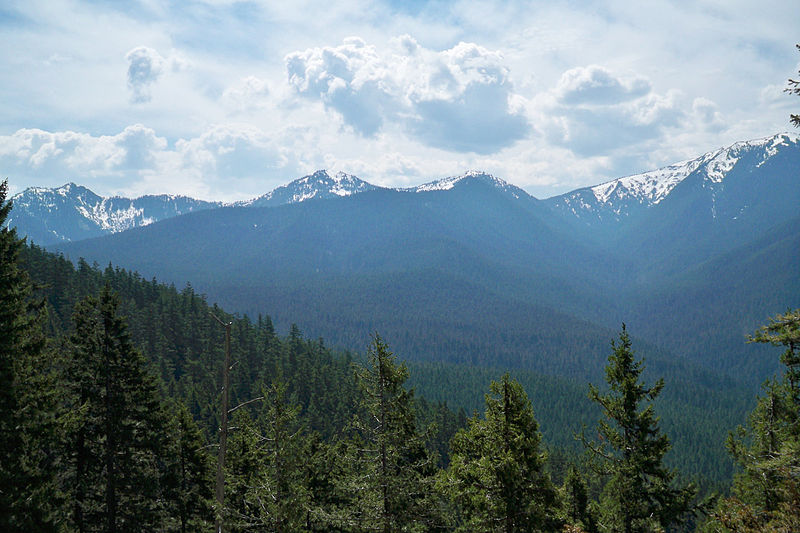 As the most visited tourist attraction in the entire country, and one of the world’s most renowned anthropology museums, how could any local fail to be proud of the magnificent Museo Nacional de Antropología? Boasting not only an expansive and excellently-curated collection of permanent and temporary exhibitions which showcase the pre-Hispanic, Mesoamerican history of the country, as well as some extraordinary architecture, Mexico City’s National Anthropology Museum is a must-see. 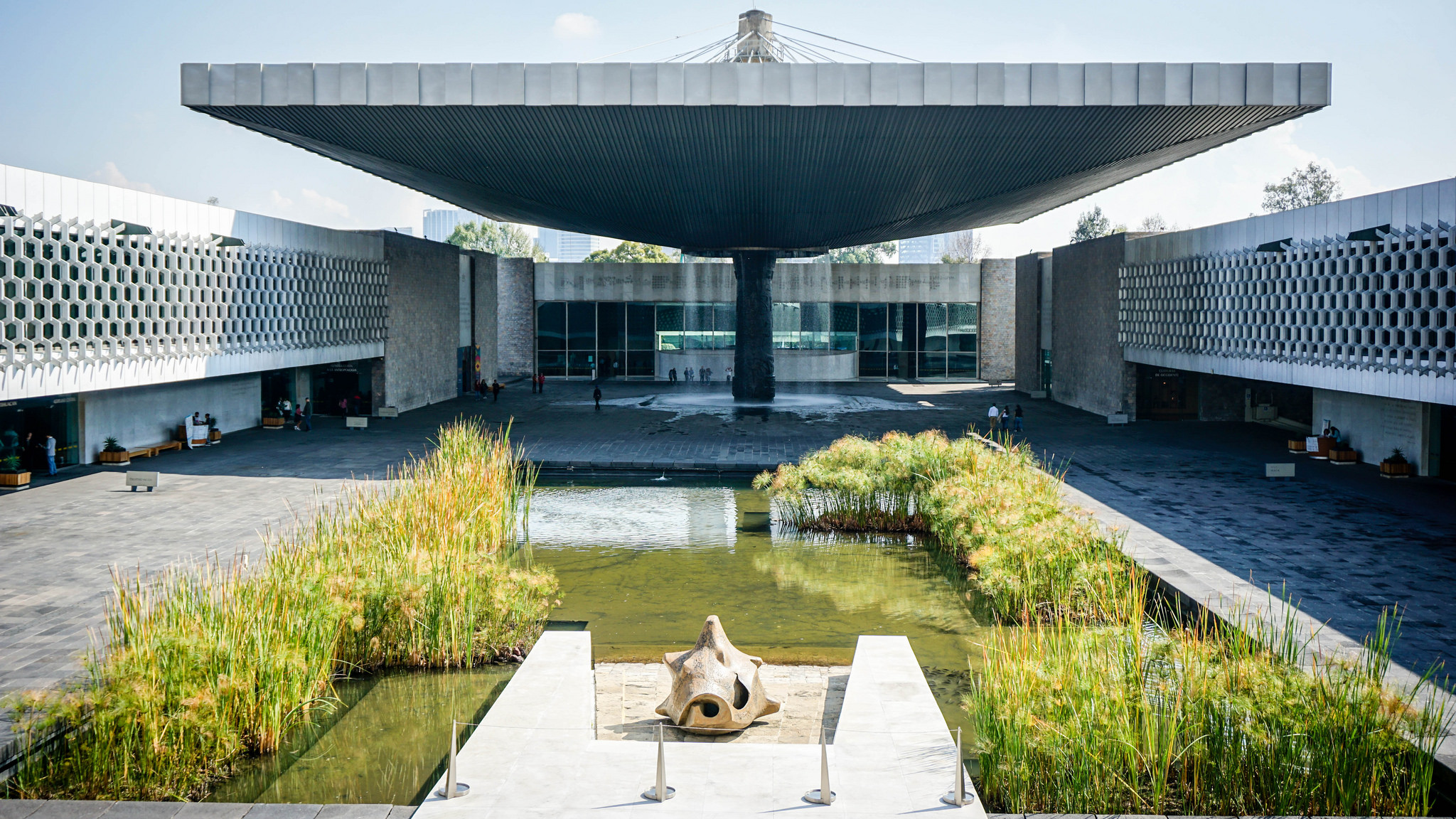