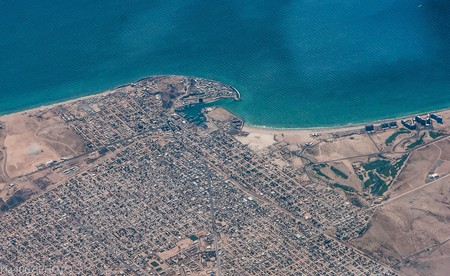 Puerto Peñasco, a.k.a. Rocky Point, is one of Sonora’s most popular vacation destinations, and has seen a boom in tourism over the last decade or so. This once sleepy fishing town in northern Mexico is now full of adventure activities, enclaves of expats and luxury resorts. Here are just 15 reasons you need to visit at least once in your lifetime.

It has some of the most beautiful beaches in Mexico

Puerto Peñasco and beautiful beaches go hand in hand, which makes Rocky Point one of the top spots in Northern Mexico for a beach vacation. From the famed Playa Arenosa (Sandy Beach) to the uber centric Playa Bonita, there’s a stretch of sandy shoreline to suit every holidaymaker in Puerto Peñasco, whether you’re travelling alone or with kids. 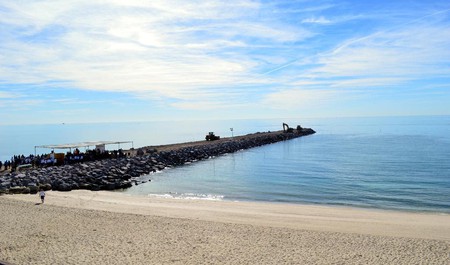 There’s a thriving Canadian and US expat community

If you’re nervous about venturing to Mexico for the first time because you don’t speak Spanish, the thriving Canadian and US expat communities will quite literally help you feel right at home in Puerto Peñasco. Also, the ever-thriving tourism scene in the area, as well as its proximity to the US, means plenty of locals speak English anyway.

You can drive down from the US

Speaking of which, you can even drive down to Puerto Peñasco from Tucson and Phoenix, Arizona in less than four hours, meaning it’s one of Mexico’s more accessible beach resort destinations, especially for US citizens. In fact, Puerto Peñasco is sometimes even known as ‘Arizona Beach’!

The Mexican Caribbean arguably has the best snorkelling in Mexico, but the Puerto Peñasco region of Sonora certainly puts up a strong fight. Rent your equipment on the beach and take a dip below the surface of the water to see what lies in the Sea of Cortez. 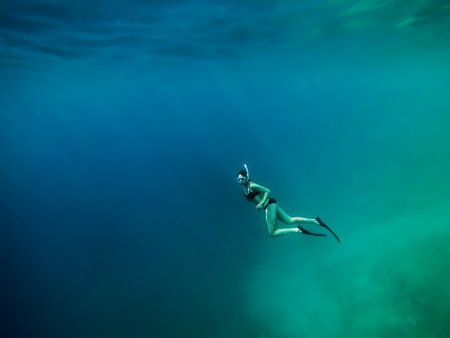 You can try your hand at scuba diving too

If you’re feeling even more adventurous, you can go even deeper underwater with a spot of scuba diving in Puerto Peñasco. If you’re already certified, there are plenty companies that can rent you equipment and take you for a dip. However, there are also options if you want to earn your scuba dive certification in Puerto Peñasco too.

Even paddleboarding is available in Rocky Point

If you like to give new sports a go but prefer to keep your head above water, then paddleboarding is another water sport option in Puerto Peñasco that might prove more appealing. It’s great for the core and super enjoyable – you’ll be glad you made the trip south of the border to give it a go. 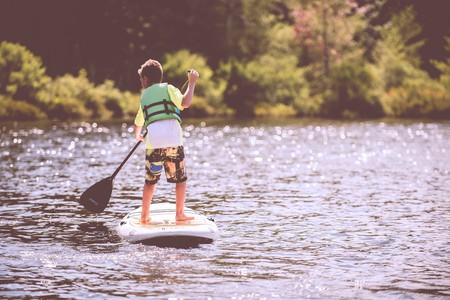 Puerto Peñasco is the perfect place to enjoy some offroading

Alternatively, try something a little more extreme than floating in the ocean by renting ATVs to drive round town and take offroading. Puerto Peñasco tends to be overrun by visitors zipping about in these handy little vehicles, so why not get in on the action too?

Strolling the malecón is a must

Every coastal town and city has a stretch of malecón, or seafront, down which you can wander. Normally lined with restaurants, bars and spectacular sunset views, the malecón in Puerto Peñasco is no different. Take a stroll, snap photos with the multicoloured Puerto Peñasco sign, and take a look at the sculptures. 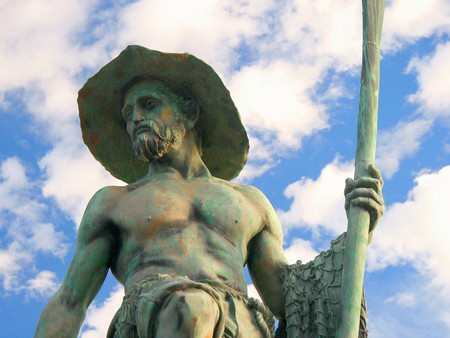 A statue on the Puerto Peñasco malecón | © Chuck Coker / Flickr

There are lots of romantic boat trip options

If you’d rather enjoy a Puerto Peñasco sunset from the comfort of a luxury yacht or catamaran while enjoying a drink or perhaps even dinner, you’re in luck as Rocky Point is known for evening cruising options. You might even spot a few dolphins while you’re out there!

You can learn about conservation

Puerto Peñasco is ideal for animal lovers, especially those who are interested in the conservation of at risk and endangered desert and ocean creatures, given that it’s home to the CEDO (Intercultural Centre for the Study of Desert and Ocean Animals). Here you can take part in eco tours and learn about the biodiversity in the region. 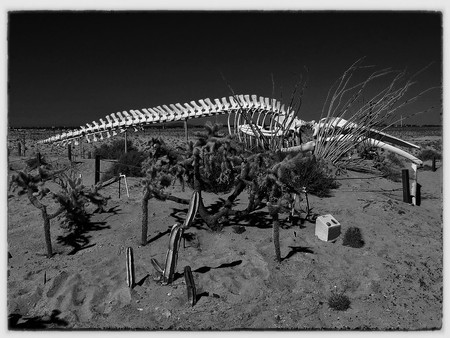 You can go dolphin and whale watching

As well as learning about the wildlife at CEDO, there are plenty of opportunities to go either whale or dolphin watching. Puerto Peñasco overlooks the Sea of Cortez, which is world-renowned for whale watching between February and mid-May, while dolphins can pretty much be seen year-round.

The bird spotting potential is incredible

If you’re planning a trip before the whale season, let it be known that you’ve not missed your wildlife window in the area completely. In fact, between October and April, you could spend hours trying to spot all the visiting and endemic birds that pass through Puerto Peñasco, such as yellow-footed gulls and brown pelicans.

It’s home to some of the most luxurious Mexican resorts

If you want luxury, adding Puerto Peñasco to your travel bucket list is a must. After all, it’s home to some of the most luxurious resorts in Mexico, from the Mayan Palace to Las Palomas Beach Resort where you can wile away the hours with a cocktail by the pool.

There are some world class golf courses

Speaking of Las Palomas, you can also stop by on a day pass to try your hand at playing their 18-hole, 72-par championship golf course, or detour over to the Mayan Palace to instead play their golf course which was designed by pro golfer Jack Nicklaus.

Last but not least, and perhaps one of the biggest draws of Puerto Peñasco, is the nearby UNESCO World Heritage Site El Pinacate and Gran Desierto de Altar Biosphere Reserve, which is known for having a number of volcanic craters in one half and massive dune fields in the other. What are you waiting for? Get yourself to Puerto Peñasco! 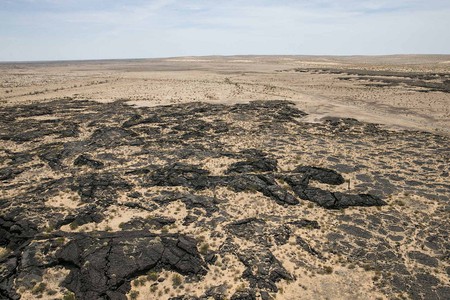