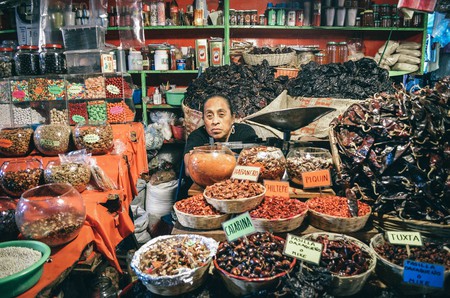 Traditional Mexican cuisine is so great that UNESCO added it to its Intangible Cultural Heritage List in 2010. The foodie capital of Mexico is undoubtedly the southern state of Oaxaca, which is rich in indigenous culture and famous for its colorful, vibrant cuisine. Don’t leave this culinary paradise without sampling at least some of these 15 delicious local specialties.

The Mexican city of Puebla lays claim to mole, the rich and delicious fruit, nut and chili sauce that is widely regarded as the country’s national dish. Yet Oaxaca famously has seven entirely different, highly elaborate ways of preparing the sauce. Mole verde, which combines pumpkin seeds and green chili, is one of the most popular varieties. 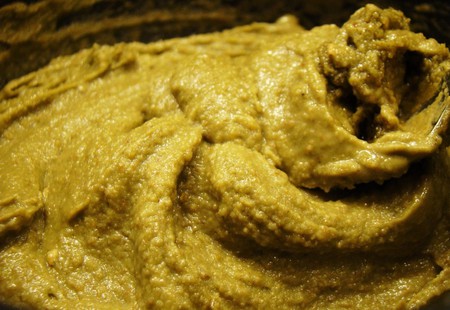 Mole Rojo is another very popular mole and a highly original dish. Made with chocolate and chili, this savory, fiery sauce is often combined with chicken. 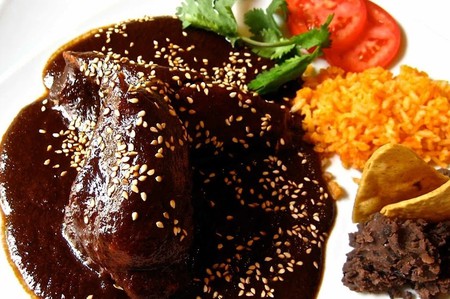 You cannot visit Oaxaca without trying chapulines, or grass. The crunchy snack is sold in markets across the state and is also added to tacos. Go on, you’ll be pleasantly surprised. 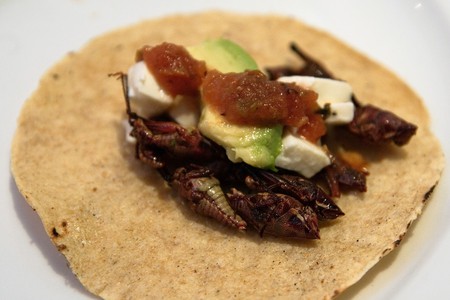 Tamales are made from a steamed corn-based masa (dough) that is wrapped in a corn husk and served as a street food in many parts of Mexico. The Oaxacan variety of this tasty snack involves wrapping the tamale in a banana leaf rather than in corn, a technique that gives added flavor. 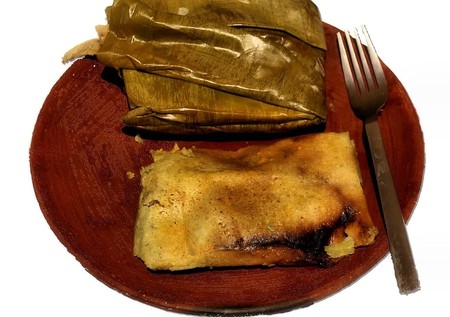 Don’t forget to try memelas, a breakfast specialty in Oaxaca. These thick corn tortillas are topped with beans, Oaxacan cheese and meat. 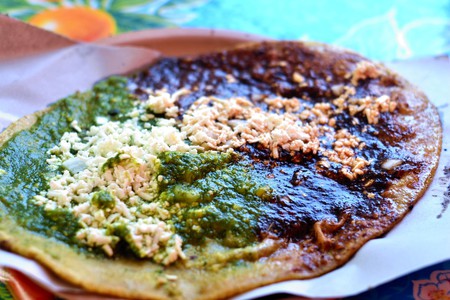 A tetela is a large, thin tortilla folded around the filling to form a triangular container. Perfect for any time of the day 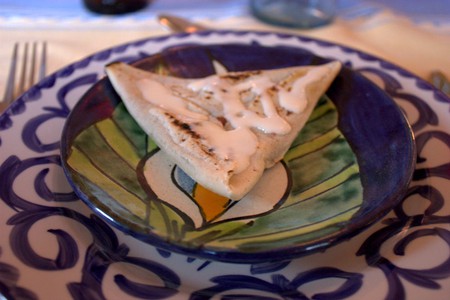 The traditional sweet bread of Oaxaca, Pan de Yema is made from egg yolk and is typically paired with a steamy mug of hot chocolate or coffee. 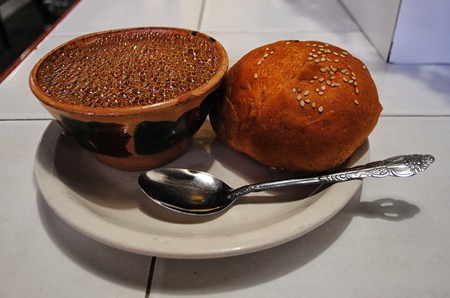 Don’t leave Oaxaca without taking a bite from a ‘Mexican pizza,’ or tlayuda. This famed snack consists of a crispy tortilla base topped with beans, cheese, mole or any meat of choice. 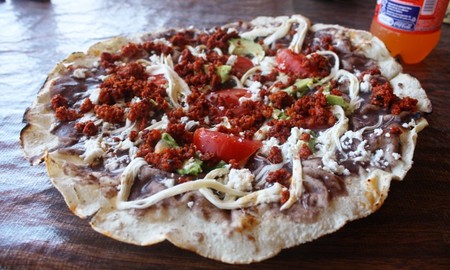 Caldo de piedra, or stone soup, is a delicious fish broth that is brought to the boil with the help of a glowing-hot stone. The dish originates from the tiny town of San Felipe Usila, where the Chinantec people have prepared piping-hot broths this way for centuries. If the seven-hour drive from the state capital doesn’t take your fancy, you can order caldo de piedra at Casa Crespo in Oaxaca City. 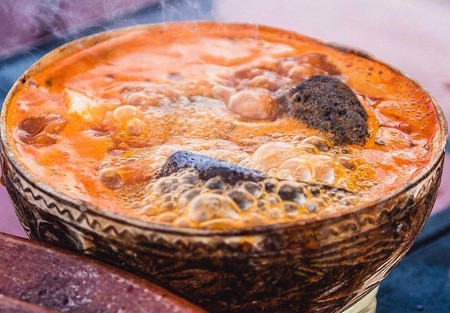 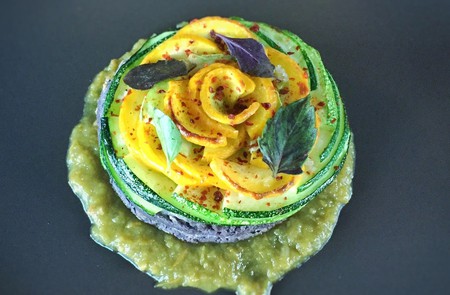 When it comes to meat, tasajo is the name of the game in Oaxaca. These thinly-sliced beef cuts are great for grilling and are a popular topping for tlayudas. 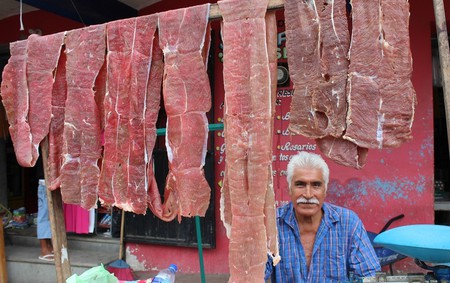 White beans with fresh or dried shrimp is a popular lunch in Oaxaca City. 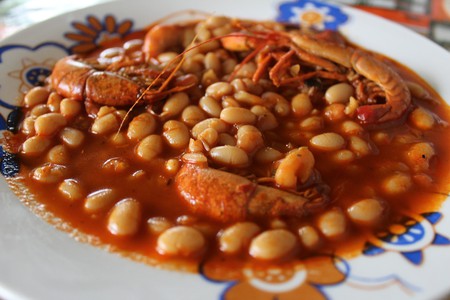 Chile rellenos (stuffed chilies) are roasted poblano chilies stuffed with cheese, battered with an egg coating, and fried until crispy. In Oaxaca, they are often served with black beans. 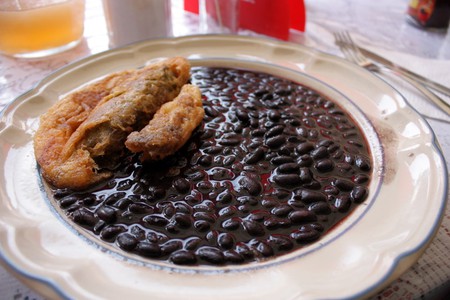 Sopa de mariscos, or seafood soup, is a specialty in the coastal region of Oaxaca. The town of Santa Maria Huatulco is especially associated with the dish. 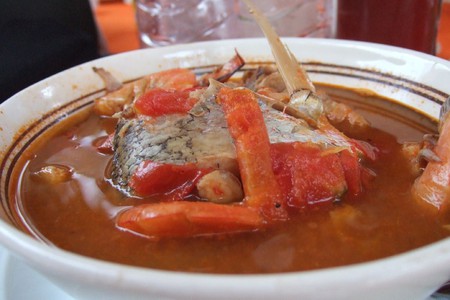 Although pozole is a popular dish across Mexico, the Oaxacan variety is particularly delicious. Blending pork, garlic and hominy kernels, pozole is a dish you can’t leave Oaxaca without trying. 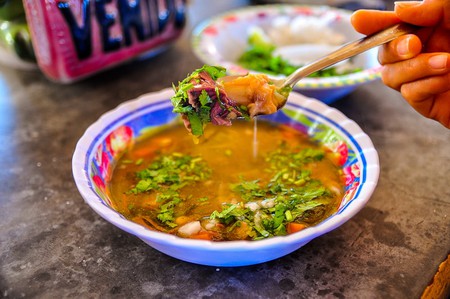