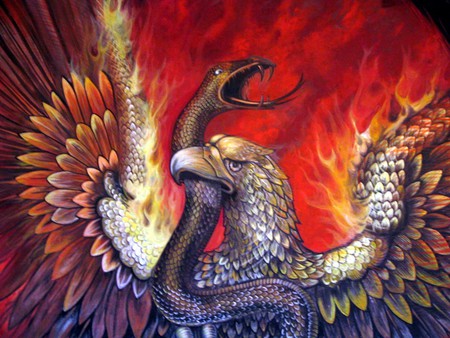 It’s no great secret that Mexico is blessed with terrains and environments that make it both a traveler’s and an Instagrammer’s dream. So, just who are the Instagram users capturing the beauty of Mexico in all its forms? Here are 14 of them.

Oscar Saro’s fantastic account is principally dedicated to photos from the neighboring states of Puebla and Tlaxcala. In many of his shots, the various hues of the sky take precedence, serving as the ideal backdrops for silhouettes of exquisitely crafted buildings or human subjects. Lighting plays an important role on the @sarooscar feed, making it one you won’t regret following.

@diegohuertaphoto is not only one of our Mexican photographers to watch out for, he’s also one of the top Instagram accounts to follow if you want to understand a little more about the indigenous aspects and cultures of the country. His photos are predominantly portraits of indigenous people with neutral backdrops that offset the vivid colors of their traditional dress.

This account has it all — stunning scenery, an abundance of Mexican culture and, perhaps most importantly, food! @blankaoc is run by Blanca Oc and mainly includes snaps from Tlaxcala, Hidalgo and Oaxaca. For anyone even vaguely interested in seeing the true colors (literally) of these states, her account is a must-follow.

Unlike many of the Instagrammers on this guide who focus their attention on the eye-catching and colorful elements that make Mexican culture so appealing to travelers, @manuel_qa hones in on the subtle, understated hues of the country. That’s not to say this account is boring – it’s anything but! In fact, it’s this quiet magnificence that makes his Instagram stand out from the crowd.

An up-and-coming Mexico City filmmaker, Pablo Delgado’s Instagram account is all about the capital. He clearly has an eye for a shot, as the spectacularly well-timed shots on his feed attest to, with the rest capturing the true beauty of the Mexico cityscape in all its evening glory. @pablodelgados makes for an alternative account to follow if you’re interested in CDMX.

Gustavo and his girlfriend are the brains behind this excellent Instagram account that captures the true beauty of hotspots in the Yucatan Peninsula. Clearly fans of the now ubiquitous selfie stick, @gustavomoguel is an unmissable Instagram feed dominated by cenotes, churches and extreme angles.

For Mexico City from new heights, you must check out @imalejandro, who seems to have a penchant for snapping his feet in the shots he takes of the country’s capital. Moody lighting, ominous weather and visually striking backdrops will shift your perceptions about Mexico City and make you appreciate it through new eyes.

This town perfect because it will find you, Ate. | #MTY #EmptyMTY

Another street photographer who centers his work on Mexico City is @es76ban; however, the angles he takes his photos from gives them that something extra, helping them stand out in a sea of equally excellent photographers who roam the streets of the capital. Think reflections in puddles, dogs slumped on benches and kids wielding toy guns — every photo offers something new.

Self-described as a Mexico City street photographer, Eduardo Gómez captures the essence of the capital’s vibe in his sweeping vistas, detailed shots and well-framed architectural photos. He doesn’t just limit himself to the capital though, as @eddga’s feed is full of the main tourist attractions of surrounding states, too, such as Guanajuato and Puebla.

This Instagrammer focuses solely on Guadalajara, an often neglected yet awesome city in the west of Mexico. Rather than honing in on Jalisco’s popular coastline, which includes places like Puerto Vallarta, @sebastianmp8 puts all of the attention on the capital and surrounding villages. Hazy sunsets and beautifully framed buildings are the order of the day on this account.

Michoacán takes the spotlight through Roberto’s account, as we’re treated to shots that show off the architecture of some of the state’s most visited buildings, as well as ones that capture the colorful accents of city streets and weekday markets. @el.catrin makes for the perfect account to follow if you want to see a new side to Michoacán, one beyond the negative press portrayal.

Oaxaca is widely regarded one of Mexico’s most photogenic states and @foto_saja’s Instagram feed demonstrates exactly why that’s the case; candid snaps of Oaxacan residents dominate, giving this account a day-to-day feel often lacking from travel Instagrammers. After just a few minutes scrolling through the hundreds of photos of everyday Oaxacan life on Aurora’s feed, you’ll practically feel like you’ve been there.

Predominantly featuring images from the stunning colonial town of Guanajuato in central Mexico, @pata.de.perro is a vibrant Instagram account that captures the vivacity of this popular tourist destination, as well as giving us a new perspective on some of the well-known attractions. Statues, edifices and, bizarrely, frogs all make frequent appearances.

This Veracruz-native photographer has an excellently curated Instagram feed that hones in on the vibrancy of the Mexican landscape and culture, as well as providing different perspectives on landscapes like Mexico’s tallest peak, Pico de Orizaba. @alfredomoran_foto mainly includes images from their home state of Veracruz, however the occasional out-of-state snap sneaks in too.