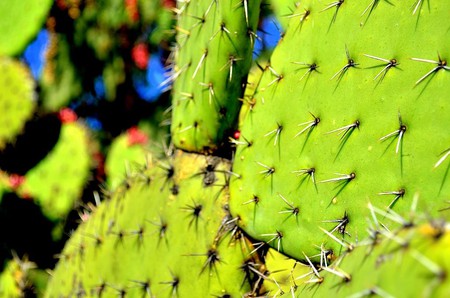 Milpa Alta is one of Mexico City best kept secrets. The second-largest borough within city limits, Milpa Alta bucks the idea that the capital is a concrete jungle – 90% of the area is agricultural land. It produces 80% of the country’s nopal crop and is an important source for amaranth, another ancient grain of the Mexican diet. Comprised mostly of 12 small towns that were an important bastion of the Southern Liberation Army of Emiliano Zapata, this region will show you the rural face of Mexico City in a way you have never seen before. Here are some reasons you should go.

There are several places to camp in Milpa Alta to take a break from the city noise. In the Atoltecayotl Park you can see the Teuhtli Volcano in the distance and there are paths for walking and hiking. La Gran Palapa is a local park with palapas, various lookout points, a restaurant and lots of nature to enjoy. You must call ahead to reserve a spot at La Palapa a few days in advance.

This small, inactive volcano is a great day hike whether in a group or on your own. From the top you can see the cultivated fields of Milpa Alta below with row upon row of nopal cacti and local corn. On May 3rd each year, locals climb to the top of this volcano for Día de la Santa Cruz, a day to venerate Christ’s cross. Offerings and prayers are made at the foot of a giant, bright blue cross located at the volcano’s peak. 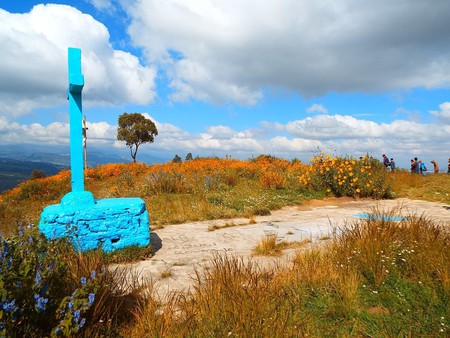 The Museo del Cuartel Zapatista in San Pablo Oztotepec tells the story of General Zapata’s occupation of the town and his passage through Milpa Alta on the way to Mexico City. Zapata’s troops were trying to pressure Victoriano Huerta to give up the power they believed he had stolen from Madero. The museum is located on the exact spot where on June 19th, 1914, the Zapatista forces ratified the Plan de Ayala.

San Agustin Ohtenco is considered to be the smallest town within Mexico City limits. Each year, this town holds a balloon festival attended by residents from across the city, the country and the world. Locals make and sell balloons made out of crepe paper (in Spanish papel chino) and on November 1st and 2nd, in honor of the Day of the Dead celebrations, hundreds of paper balloons take to the sky to accompany the souls of the dead. 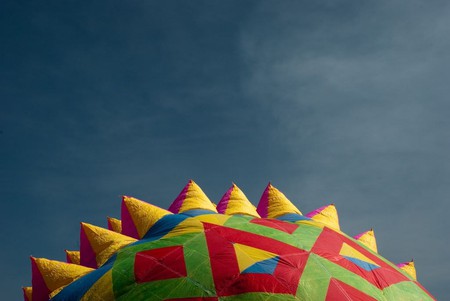 The Templo de Nuestra Señora de la Asunción de Villa Milpa Alta, is a church and ex-convent built by Franciscan monks in the late 16th, early 17th century. The building is well known for austere yet stunning architecture, its beautiful interior of Puebla talavera tiles, and a stone baptismal with indigenous faces carved into it. There are several important vice royal and neoclassical works of art also housed on the premises.

The home of mole

Ninety per cent of the mole that you find in Mexico City markets comes from the town of San Pedro Actopan where almost every family in town is somehow involved in mole production. For over 60 years the town has held an annual mole festival in October where fair goers can taste some of the region’s best mole variations: mole almendrado, pipian and a poblano mole with lots of dried fruit in it. 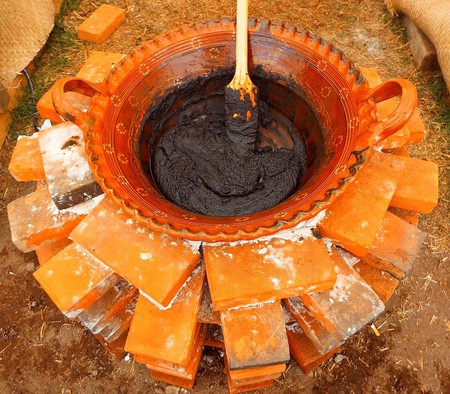 A new project has begun that offers tourists a way to see a great portion of the Milpa Alta borough. La Ruta de Oro’s three different touring options, one which is “extreme” and includes rappel, mountain biking and camping; the second is for families and includes harvesting local crops and hearing local legends and the third is “mystical,” with information about local herbal medicine and includes visits to local farms. These tours give visitors a real sense of what Milpa Alta is all about.

Day of the Dead

Each year in the San Antonio Tecomitl cemetery families arrive at dawn to begin decorating the tombs of their dead loved ones. They sculpt images from the dark brown earth in the shape of skulls or Saint Anthony or the Virgin of Guadalupe. They arrange flowers as a way to symbolize how a loved one died – the shape of a bottle for someone who died of alcoholism, a car for someone who perished in a crash. For the three days of Day of the Dead families gather here, playing music, eating food and communing with those that have gone before. 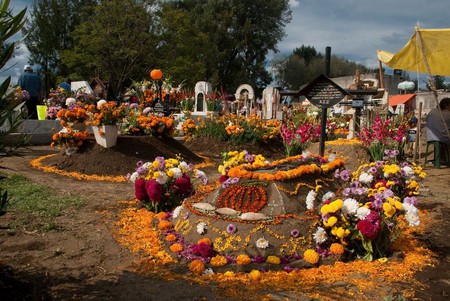 In the fall of each year, the town of San Antonio Tecomitl hosts a Festival of Corn and Pulque. The fair is meant to preserve the ancient traditions of pulque making from the area’s maguey cactus and recognize the importance of corn to the lives of the rural people of this region. The festival includes dance, art, music and of course, lots of eating and drinking.

Each year the borough holds a huge tianguis (an outdoor market) which sells every kind of local delicacy that you could imagine. Because Milpa Alta is so rich in agricultural diversity you can find some of the freshest produce in Mexico City here, everything from fresh-cut nopal to freshly made mole. This market is particularly important to the vendors because they can sell directly to clients with no middleman and therefore get a higher return on their goods. 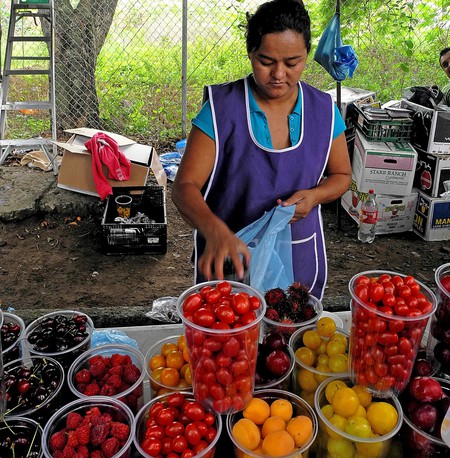 Each year around Easter, the annual Ice Cream Fair is held in San Antonio Tecomitl where as a guest you can try some of Mexican ice cream’s most exotic flavors – rompope, pitahaya, mamey and lots of other local fruits and flavors. The story is told that in 1940 an ice cream seller named Andrés Blancas, set up an ice cream stand for the first time in the Tecomitl plaza for Semana Santa (Holy Week) from that day forth the festival has grown and expanded in the dozens of stands that set up today.

A Celebration of Founding

Every year in August, the entire borough comes together to celebrate the founding of Villa de Milpa Alta. In 1532, on the Day of the Ascension of the Virgin Mary, friar Sebastián Ramírez Fuenleal came out to the countryside to baptize local indigenous people and this is the day that is recognized as the founding of Villa de Milpa Alta. Each year, in keeping with ancient native traditions of the area, a flame is lit at the base of the Teuhtli Volcano to symbolize the passing of another year.

The Milpa Alta borough has a regional history that runs deep, from the time of small scattered tribes to the rise and fall of the Aztecs. The Museo Regional Altepepialcallí in the town of Villa Milpa Alta is a small, local museum that highlights local history and local artists. They host art openings, classes in the native Náhuatl language of the region, poetry workshops and a great list of other temporary exhibits. They are also host to concerts and festivals in area.