12 Mexican Bands You Must Listen To 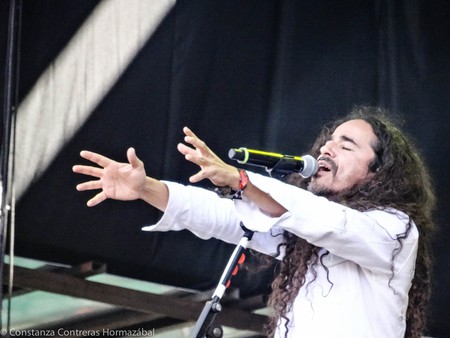 Mexico is known for having an absolute wealth of great music to choose from, regardless of whether you’re a fan of classic rock, Latin pop or even regional musical genres such as banda. However, it can be impossible to know where to begin with such a breadth of genres and groups to choose from. Here’s our guide to the 12 Mexican bands you absolutely must listen to.

Sometimes stylised to Café Tacvba, this long-running Mexican band formed in 1989, and have been consistently popular and ever-experimenting with their musical style since then. ‘Eres’ is perhaps their most iconic song, but they also have other classics such as ‘Volver a Comenzar’, ‘Chilanga Banda’ and ‘La Ingrata’. Fun fact: in their 28 years as a band, Café Tacuba’s line-up has never once changed, surely something of a novelty amongst groups that have been around as long as they have.

Originally formed in Guadalajara, Porter are often referred to as an indie rock band, however this undermines much of their sound. Critics have described their hard-to-pin-down style as weird and intriguing, which perhaps most aptly sums up their experimental, dream-like and sometimes surreal sound. Formerly headed up by frontman Juan Son, who has since gone solo, Porter’s biggest hits to date are probably ‘Espiral’, ‘Host of a Ghost’ and ‘Palapa’.

Infamous for their controversial and often homophobic language in some of their most popular songs, ‘Puto’ and ‘Gimme The Power’, Molotov blend English and Spanish language lyrics effortlessly to create their distinct style of rock. Formed of four members, they’ve been on the Mexican music scene for over 20 years and continue to draw huge crowds. Their catchy and often politically charged lyrics are must-knows if you want to fit in at any Mexican social event.

Hailing from Monterrey, Nuevo León is the ska band Panteón Rococó. Since forming in 1995, they’ve consistently released new music, featuring a mixture of politically charged statements and love songs all blended together into their signature energetic sound. With notable punk, reggae and salsa influences in much of their work, some particularly good tracks include ‘Carencia’, ‘Dosis’, ‘Arreglame’ and ‘Vendedora’.

However, the grandfathers of the Mexican ska scene are Maldita Vecindad. One of the country’s most influential groups, with a 30+ year history, the pachuco style of dress is widely associated with them. In fact, one of their most popular songs is even called ‘Pachuco’. Other big Maldita Vecindad titles include ‘Solín’ and ‘Kumbala’. Despite not having released an album since 2009, they remain a must-listen to Mexican band.

Initially influenced by a mixture of grunge and Britpop when they first formed in 1994, by 1997 they’d found their line-up. Spearheaded by vocalist León Larregui (also a solo performer in his own right), Zoé had settled into their sound by the early noughties and are now one of Mexico’s most popular rock bands. Some of their biggest songs include ‘Nada’, ‘Labios Rotos’ and ‘Paula’.

Go to Mexico and you will come across a Los Ángeles Azules song sooner or later – it’s practically inevitable given that they’ve been producing various iterations of cumbia rhythms since 1983. Their popularity is widespread across all of Latin America and even the US. Easily their most well-known (some would say overplayed) song is ‘Cómo Te Voy a Olvidar’, but ‘Mis Sentimientos’ and ‘El Listón de tu Pelo’ are also classics.

El Gran Silencio, founded in Monterrey, are considered somewhat of an oddity as far as the Mexican music scene goes due to their eclectic fusions of mix reggae, hip-hop, rock and even norteño sounds. The song that they will be forever best known for though is ‘Chúntaro Style’, which celebrates the chúntaro sub-culture and its accompanying dance. The video needs to be seen to be believed.

Monterrey just kept on producing excellent bands in the 1990s and Kinky is continuing proof of that. While the majority of their songs are in Spanish, there is the occasional English one thrown in for good measure – either way, their strongest influences are Latin rock, dance and pop. Their first single, ‘Más’, remains one of their most popular although you should definitely check out ‘A Dónde Van Los Muertos?’ and ‘Hasta Quemarnos’.

The so-called U2 of Mexico, Maná are a pop rock band from Guadalajara that have maintained their popularity since forming in the late 1980s. Having won numerous Grammys and achieved worldwide recognition, Maná’s most popular songs are undoubtedly ‘Oye Mi Amor’ and ‘En el Muelle de San Blás’. They are often considered to be the most successful Latin American band of all time.

One of the most youthful groups to make our list, Hello Seahorse! only formed in 2005 and their musical style is best defined as alternative pop. To date, they’ve released six studio albums, with their second album Bestia remaining one of their most popular to date. Must-listen songs include ‘No Es Que No Te Quiero’ and ‘La Flotadera’, which have some great and instantly recognisable lead vocals courtesy of Denise Gutiérrez.

Highly influential Spanish-language rock band Caifanes formed in 1987, broke up in 1995 and reformed in 2010. Their name found its influence from a sub-culture already touched upon in this guide – the pachucos. Its meaning supposedly equates to something like cool guy. One of their first biggest hits was a cover of a Cuban cumbia titled ‘La Negra Tomasa’, although they’ve also experienced popularity with songs like ‘No Dejes Que’ and ‘Aquí No Es Así’.