12 Hummingbird Species You Can Find Only in Mexico 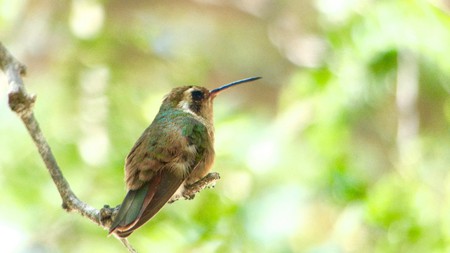 It’s not uncommon to spot a hummingbird or two flitting around in Mexico, even when wandering around major Mexican cities like Guadalajara. There’s even a hummingbird festival, which takes place annually in San Miguel de Allende. While there are 50 or so hummingbirds that call Mexico home, only 12 of them are endemic and many of those are endangered. Here are all 12 endemic hummingbird species you might just be lucky enough to spot.

Belonging to the Trochilidae family, the long-tailed sabrewing has an elongated tail (obviously) and can be found hanging out in southern Mexico, around the Isthmus of Tehuantepec in particular, as well as in the Sierra de los Tuxtlas in Veracruz. It is sometimes referred to as a Tuxtla sabrewing for this reason. This is one of Mexico’s more endangered hummingbird species, as it is threatened by habitat loss.

As the name suggests, this hummingbird is blessed with an almost iridescent plumage of vibrant emerald green and a so-called sedentary lifestyle. It’s also, blissfully, not endangered, and has tons of habitat in Mexico, principally down the western coast. In fact, you might be able to spot the golden-crowned emerald hummingbird as far north as Durango and as far inland as Morelos.

The Cozumel emerald is, apart from the grey belly of the females, another beautifully green-coloured hummingbird, native to Cozumel (surprise!), a Caribbean island just off the coast of Cancún. If you want a chance to see this petite bird, with a sleek forked tail and rattling and chattering calls, you’ll have to hop on a boat. 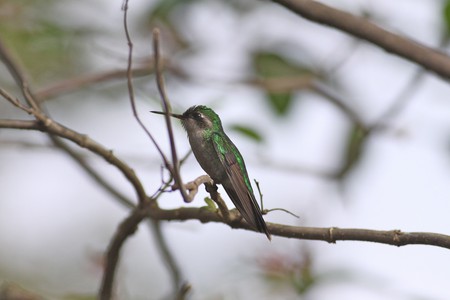 Critically endangered and dangerously cute, the short-crested coquette hummingbird is also incredibly small. While its name implies that these hummingbirds have a crest, it’s only the male coquettes that are blessed with inbuilt fluffy headwear. This is one of the Mexican hummingbirds you might have the hardest time spotting, though, given that its habitat extends only some 25 kilometres (16 miles) along a road in Guerrero’s Sierra Madre del Sur.

The dusky hummingbird generally has dusky green, grey and brown feathers and a bright-red beak, and it favours regions of southwestern Mexico, spreading itself across Oaxaca and Guerrero and even venturing into parts of Michoacán and Puebla.

Sometimes considered a subspecies of the stripe-tailed hummingbird, the blue-capped hummingbird is now considered endangered thanks to (you guessed it) habitat loss. In fact, this small green bird is now only found in southwestern Mexico, most notably in the remote Sierra de Miahuatlán mountain range in Oaxaca. This also explains why they’re sometimes referred to as Oaxaca hummingbirds. 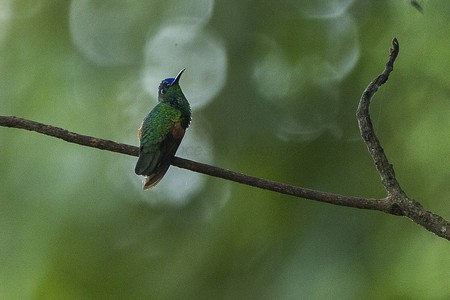 Generally found across western Mexico in the states of Colima, Jalisco and Nayarit, the Mexican woodnymph is a hummingbird that enjoys subtropical and tropical habitats. Again, while it’s only considered vulnerable at the time of writing, its habitat is under threat. This bird is green on top and grey below, with blueish tail feathers. 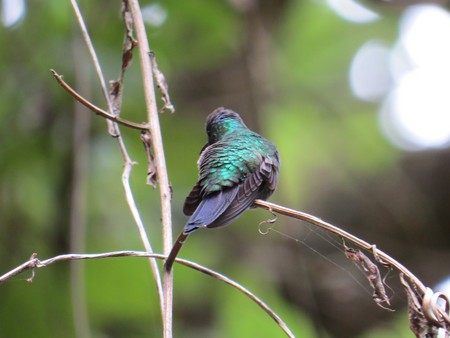 One of the few endemic birds in Baja California, Xantus’s hummingbird tends to congregate towards the southern part of Mexico’s second favourite peninsula. Not as petite as most of the other birds mentioned, the Xantus’s hummingbird is considered a medium-sized bird, although it does share the green hue of its endemically Mexican compatriots. That name is anything but Mexican, though, as this hummingbird was named after a Hungarian zoologist.

Hopping over to the other Mexican Peninsula, best known as the Yucatán Peninsula, you can find the tiny Mexican sheartail hummingbird clinging to the northernmost coastlines of the area. The plumage of both the males and females can be described as green-bronze, although the males tend to have a whiter belly and a much longer tail. Both sexes have an elongated beak.

Finally, we have the Mexican hummingbird with perhaps the cutest name: the bumblebee hummingbird. Named for its bee-like flight pattern and absolutely tiny size (at just 2.2 grams or 0.078 ounces on average), the bumblebee hummingbird has been spotted flitting as far north as Arizona, but Mexico remains the best place to catch sight of one. Head to the highlands of Mexico, north of the Isthmus of Tehuantepec, for the best chances.