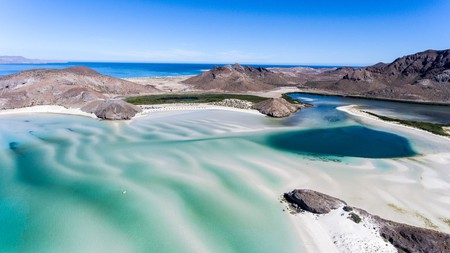 Rivalled only by the Galapagos, Baja California is one of the best places in the world to experience the ocean’s coolest marine life. A dip in the crystal clear waters here comes with up-close encounters with sea lion pups, whale sharks and dolphins, as well as the chance to spot 9 species of whale (including the biggest in the world, the blue whale), manta rays and sea turtles – not to mention the huge schools of tropical fish and stunning coral reefs. 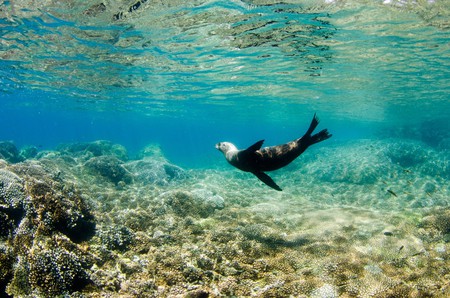 You can hike to 7,000-year-old cave paintings

Before Jesuits arrived in Baja California in the 1600s, the Indians had lived a semi-nomadic life across Baja California’s desert for thousands of years. Sadly, most of these Indians were killed off by disease brought over by the Jesuits, so little is known about their way of life, traditions and culture. However, they did leave behind something very special: some of the largest – and oldest– concentrations of rock art in the Americas. The paintings, depicting hunting scenes, coming-of-age rituals and shaman magic, can be visited either on a 3-day hiking trip from San Ignacio (where you get to see one of the most impressive cave paintings, La Cueva Pintada) or a day trip from Mulege. 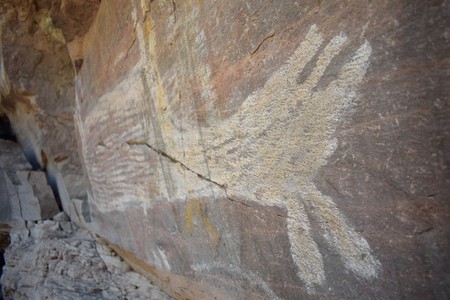 The seafood is world-class (and super cheap)

Surrounded by mineral-rich waters, Baja California is seafood heaven. It is most famous for its mouth-watering fish taco (deep fried white fish served in a flour or corn tortilla with a tartar-like sauce, cabbage, and pico de gallo), but their ceviche (served on a crispy corn tostada), fish stews and seafood platters are just as good. And the best bit? You’ll be able to feast fishy treats at street taquerias for as little as 25 pesos (1.35 USD). 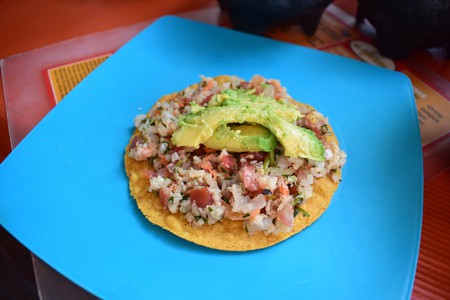 Not everyone knows this, but Baja California produces some excellent wine. The stunning Valle de Guadalupe in Baja Norte is mile after mile of independent wineries; many offering vineyard tours and tastings for as little as 45 pesos (if you go without an organised tour). L.A Cetto, Mexico’s biggest wine exporter, is one of the most established, well organised and surprisingly, cheapest wineries to visit. 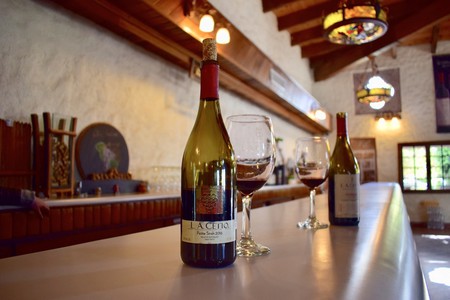 With its calm, crystal-clear bays and white, sandy coves, Baja South is a popular spot for sea-kayaking, sailing, diving, kiteboarding, sportfishing and more. There are tons of operators out there offering anything from fishing day tours to multi-day kayaking trips, particularly from La Paz and Cabo San Lucas. For the cheapest deals on day trips, wait until you’re in town and ask around. The locally-run tours (rather than the online, US-owned companies) tend to be a lot cheaper. For multi-day trips, Baja Outdoor Activities (BOA) comes highly recommended. 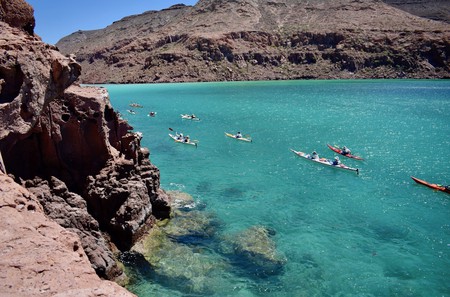 Pearly white sands, shallow, turquoise waters and dolphins playing just offshore; Baja’s beaches are something out of a Robinson Crusoe novel. The most unique part, however, is how the desert landscape meets the ocean, forming a sea of deep red, bright white and emerald green. Many beaches here are protected, so are in pristine condition and, outside of high season, relatively empty.

Not many others are doing it yet

Compared to the big backpacker hotspots like South East Asia, Europe and South America, Baja California is still relatively undiscovered. This is mainly due to a lack of hostels and public transport to main attractions. However, there are ways to experience Baja on a budget; and the rewards for those up for an adventure are huge: uncrowded, unspoilt natural beauty, mouth-watering food and a down-to-earth, real Mexican experience.

A surfing hub since the 1940s, both the northern and southern tips of Baja California offer incredible right-hand point breaks, barreling beach breaks and sometimes even the odd 10ft wave. For uncrowded line-ups and the biggest waves, head to Baja Malibu, Rosarito and Calafia in Northern Baja. For warmer waters and an apres surf scene, opt for Cabo San Lucas or Todos Santos. 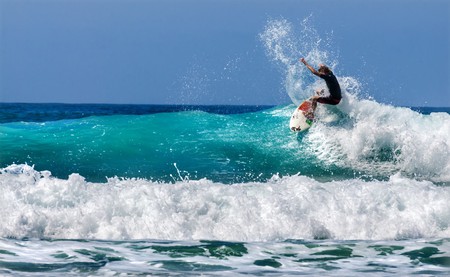 Whilst nature is the main draw for travellers here, Baja is full of history too. In the 1600s many Jesuit and Dominican missionaries came to the peninsula to spread the Catholic faith. However, in doing so they also spread a handful of deadly European diseases to the indigenous population, which, with barely anyone left to convert, meant they were forced to abandon their missions. Today, these beautiful buildings still stand (in fantastic condition) throughout Baja, and tell the story of the region’s heartbreaking past. 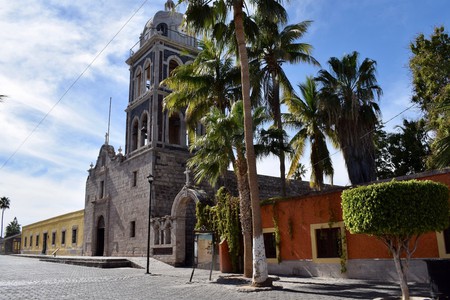 Baja California pretty much has one main road that runs from north to south, meaning hitchhiking can be a breeze. It’s also a hugely popular route for road trippers, who are normally more than happy to pick up some fellow travellers along the way. Of course, all the usual precautions should be taken, and avoid hitching a ride at night. Also note that from Ensenada to Guerrero Negro, it’s pretty much empty desert for 10 hours, so plan your journey accordingly.

There are 77,700 epic square kilometres of desert

The most iconic images of Baja are steep red-rock canyons, cacti-dotted plains and clear blue skies – and there’s a reason for that. The vast majority of the peninsula is wild, uninhabited (and mostly protected) desert, which makes for the most stunning road trip backdrop. 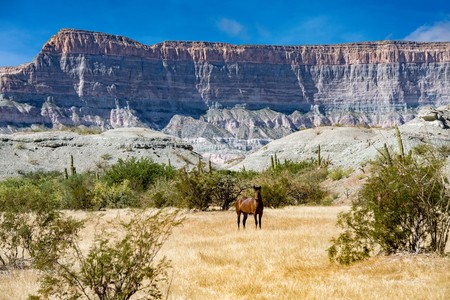