11 Musicians You Need to Know From Mexico City 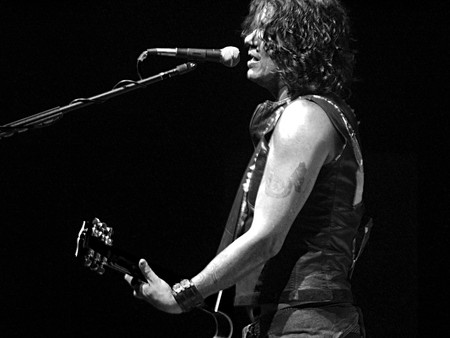 Mexico City, alongside Monterrey, has produced some of the most iconic musicians, singers and bands in the country. Yet while Mexico as a whole is perhaps associated with regional music, such as the infamous narcocorridos or mariachi, Mexican artists are dominating many genres right now, from pop to hip hop to punk. Here are eleven Mexico City natives you need to know about.

The OG post-punk band from Mexico City, Size were huge in the late ’70s and early ’80s and proved to be hugely influential in the then-flourishing punk music movement. The British-influenced outfit were among the first groups to receive critical acclaim in the Mexican branch of the genre and performed songs in both English and Spanish, their track ‘Tonight’ being a classic of both the band and Mexican post-punk music.

The quintessential Mexican crooner and heartthrob of Latin grandmas everywhere, José José was raised in Mexico City and dabbled in acting alongside his hugely successful musical career. As with Size, his peak came in the ’70s, although during the ’80s he really solidified his status as one of Latin America’s most beloved performers. In fact, alongside Juan Gabriel and Luis Miguel, he is easily one of Mexico’s most iconic singers due to his decade-spanning career.

Having formed back in 2005, Mexico-City based Hello Seahorse! – fronted by the classically trained opera singer Denise Gutiérrez (Lo Blondo) – are best defined as alt-pop and currently have a six-album back catalogue under their belt. If you only listen to one of their tracks, make sure it’s the catchy ‘No Es Que No Te Quiera’. If you’d rather pick an album, it has to be Bestia.

Mexican reggae is a widely underrated genre, and many of the acts performing within (and sometimes beyond) the confines of that category are truly excellent. One of those bands is Antidoping, who have enjoyed a 25-year long career to date and continue to churn out hits that fuse reggae with urban and Caribbean inspiration. They were pioneers of the genre back in 1992, yet their classic track ‘Sal a Caminar’ from 2004 remains one of their most iconic songs.

OK, so we said in the introduction that there’s more to Mexican music than mariachi, but we have to make an exception for the fabulous female mariachi Aida Cuevas. One of the few successful women in this male-dominated genre, Cuevas was born in Mexico City and has enjoyed huge success belting out classic ranchera and mariachi tunes for over 40 years. Best known for an impressive falsetto voice and incomparable style, she’s even been hailed as the Queen of Ranchera.

Spanish-language rock band Caifanes were formed in Mexico City in the late ’80s, broke up in the ’90s and reformed in the 2010s. Despite this tumultuous history, the legacy and influence of Caifanes (a name taken from pachuco slang) is both impressive and continued. If you want a proper introduction to their most popular tracks, start with ‘No Dejes Que’ before moving on to ‘Aquí No Es Así’ and their breakthrough hit ‘La Negra Tomasa’.

There is no way you’ve visited Mexico and not heard a Los Ángeles Azules song or ten. This huge group, currently formed by the six Mejía Avante siblings from Iztapalapa, Mexico City, is known for catchy cumbia rhythms and an upbeat Latin sound that has provided them with enduring success across Latin America and the US. We dare you to listen to ‘Cómo Te Voy a Olvidar’ or ‘El Listón de tu Pelo’ and not get swept up in the sound.

Influenced by the US grunge scene and the Britpop phenomenon when they first formed in 1994, Zoé had found its own sound and line-up by 1997. Headed by heartthrob vocalist León Larregui, this group is now one of the best rock bands in the country with an ability to successfully navigate bizarre genres like alt- and space-rock whilst still maintaining a loyal following. Some of their most popular tracks include ‘Labios Rotos’, ‘Paula’ and ‘Nada’.

The granddaddies of Mexican ska, La Maldita Vecindad (sometimes known by their former, and rather lengthy, title of La Maldita Vecindad y Los Hijos del Quinto Patio) continue to play shows to this day and are associated with the unique pachuco style of dress in Mexico. Hugely influential, La Maldita Vecindad have been going strong for over 30 years, producing classics like ‘Pachuco’, ‘Solín’ and ‘Kumbala’ that are essential for Mexican music fans.

Perhaps the go-to Mexican band, known for the seemingly bottomless pit of energy that is their frontman Rubén Albarrán, Café Tacuba are one of the city’s most successful and enduring groups, having enjoyed success across Latin America and beyond. Their name was inspired by an actual Mexico City café, Café de Tacuba, so you can’t get much more local than these guys, whose hits include ‘Eres’, the hyper-local slang song ‘Chilanga Banda’ and recent release ‘Futuro’.

Molotov are one of the bands most representative of Mexican rock, combining sometimes questionable lyrics with insanely catchy beats and political statements. Formed in Mexico City back in 1995, their drummer is actually native of Michigan, USA, but the rest of the band are Mexican through and through. If you want to fit in at any Mexican party, it’s essential you’re at least familiar with tracks like ‘Frijolero’, ‘Gimme The Power’ and ‘Puto’.