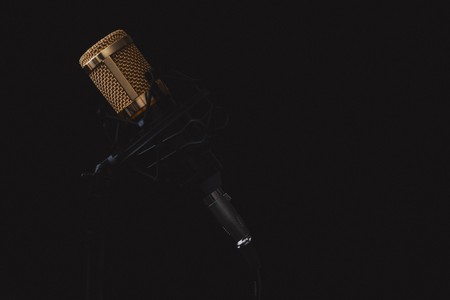 The Mexican hip-hop scene has gone from strength to strength in recent years, with a lively underground scene spurred on by the success of a few artists who have broken through to the mainstream. Outside of Mexico, Spanish language music is experiencing a real boom – so it may be just a matter of time before you’re rapping along in Spanish to one of these rising Mexican rap stars.

The Guadalajara-born rapper C-Kan has achieved massive success since 2012, when he launched his debut album Voy Por El Sueño de Muchos (I’m Coming for the Dream of Many). Since then, the rapper has notched up more than three million YouTube subscribers and collaborated with 50 Cent. C-Kan’s Round 1 to 4 series is a brilliant showcase of his lyrical talents.

Signed to Mastered Trax Latino, the same label that represents C-Kan, Don Aero has carved out a reputation as a skilled, thoughtful lyricist. Born in the northern state of Sonora, the 33-year-old rapper has two successful studio albums to his name. “Si Mañana No Despierto” (If I Don’t Wake Tomorrow) from his second album is a rhythmic reflection on his own mortality.

Maniako exploded onto the Mexican hip-hop scene this year with a series of furious, off-the-wall tracks that highlight his wit and natural flow. His single “La Buena Shit” debuted in August and is his best offering to date.

Born in the state of Baja California Sur, Erick Raúl Alemán Ramírez, who performs under the name Alemán, has been rapping since the age of 14. Now 27, he has released two albums and picked up millions of views on YouTube. His latest single “Tantas Veces” features Tijuana rapper Fntxy and Yung Sarria, from Cali, Colombia.

Hailing from the troubled northern city of Torreón, Mime871 caused a stir with his July release “Lo que vale” (What Really Matters). The song is a letter to the rapper’s daughter in which he reflects on the most important things in life: friendship, family and love. Expect to hear more from Mime871 in the coming year.

Female hip-hop pioneer Jezzy P emerged on the scene in the 1990s with lyrics that exposed the grave problem of femicide in her hometown of Ecatepec. Her latest freestyle “Superhéroes” is a biting commentary on Mexican social issues and the modern obsession with fame.

Born in Guanajuato, but now based in New York, Chhoti Maa is blessed with a powerful, soulful voice and a flair for poetic lyricism. Her latest single “Voy” addresses killings of journalists in Mexico, as well as the 2014 forced disappearance of 43 students from the southern state of Guererro.

Born in the northern state of Sonora and now living in the Mexican capital, Eptos Uno is one of the country’s most promising hip-hop talents. His 2015 hit “Rio de Sangre” (River of Blood) is still his most impressive offering to date.

The northern city of Monterrey has long been regarded as the cradle of Mexican hip-hop culture, having produced groups such as Cartel del Santa and artists such as Adan Zapata. Monterrey rapper Jozué recently teamed up with Kenghis from the nearby city of Torreón for “Lost Kids,” an atmospheric, head-nodding track that has made waves on the Mexican underground scene.

In recent years, Mare Advertencia Lírika has established herself as one of the most important female rappers in the country. An indigenous Zapotec from the southern state of Oaxaca, her socially-conscious lyrics cover gender, land rights and racism. “Bienvenidx,” her furious attack on the Mexican political class, was the standout track from her 2016 album SiempreViva.