11 Films You Didn't Know Were Shot in Mexico 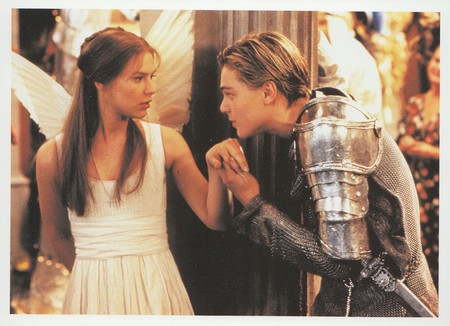 Mexico has been the setting for a number of iconic films, including Frida, The Night of the Iguana, and Desperado. Yet visitors to Mexico may also walk through the locations of a number of other movies without even realizing it. With its diverse range of cities and landscapes, the country has been used as the setting for a variety of films, either used to represent real-life locations or fantastical places that were invented by the film’s creators. Here are 11 films that you had no idea were shot in Mexico.

Baz Luhrmann’s classic 1996 modernization of Romeo and Juliet made use of Mexico City and Boca del Rio, Veracruz, to create the stylized city of Verona. Keep an eye out for shots of Chapultepec Castle, Mexico City’s royal castle, which was used as the Capulets’ mansion in the film.

This 1979 Werner Herzog remake of the eerie German vampire film Nosferatu was mostly filmed in the Netherlands. Yet the opening scene made use of the Mummy Museum in the picturesque Mexican town of Guanajuato. The museum displays a collection of spookily well-preserved mummies which Herzog removed from their glass cases and filmed as they were propped against a wall.

Large parts of James Cameron’s 1997 blockbuster were filmed in the beach town of Rosarito, near Tijuana. A vast tank containing 17 million gallons (77,283,530 liters) of water was built for the film, along with a life-size reconstruction of the ocean liner. The filmmakers also hired locals to play extras.

The Rosarito set was also used for the attack scene in the 2001 film Pearl Harbor. A large-scale model of the USS Oklahoma battleship was built for the sequence, in which Japanese bombers launch a surprise attack on the United States. The set model was fixed on a pivot, so that it could mimic the movement of the ship slapping down on the water.

While the opening sequence of Spectre is the Mexican James Bond scene that most cinemagoers remember, Tomorrow Never Dies also features scenes that were shot in Mexico. The filmmakers made use of the Titanic tank in Rosarito to film several scenes whose action takes place in the South China Sea.

David Lynch’s sprawling sci-fi effort was filmed entirely in Mexico. Many of the exterior shots were shot at the Samalayuca Dune Fields in the northern city of Ciudad Juárez. Other scenes were filmed at the Churubusco Studios in Mexico City, the movie studio that has provided services to around 95% of the films produced in Mexico since 2000.

Butch Cassidy and the Sundance Kid

In George Roy Hill’s classic western, the notorious outlaws Butch Cassidy and the Sundance Kid flee from the United States to Bolivia in order to further their criminal careers. The scenes set in Bolivia were actually filmed in the northern Mexican state of Sonora and the colonial cities of Taxco and Cuernavaca.

This 2013 sci-fi feature is set on a barely inhabitable earth and a luxury space habitat called Elysium. Starring Matt Damon and Jodie Foster, the film’s earth scenes were shot at a garbage dump in Mexico City’s rundown Iztapalapa district, while some of the Elysium scenes were filmed in the capital’s expensive Huixquilucan-Interlomas suburbs.

The second instalment of the Rambo series was filmed entirely in Mexico, which fills in for Vietnam in the movie. The famous waterfall explosion scene was shot in the beach resort of Acapulco, while other scenes were filmed in the city of Tecoanapa.

For Steven Soderbergh’s 2008 feature Che, which starred Benicio del Toro as the charismatic Cuban revolutionary, the Mexican city of Campeche served to represent the Cuban city of Santa Clara.

This 2008 thriller tells the story of a plot to assassinate the president of the United States in Salamanca, Spain. Due to restrictions the local government imposed on filming, the production was moved to the Mexican cities of Cuernavaca and Puebla. In the end, only the aerial shots were filmed in Salamanca.