11 Awesome Native Animals You Must See in Mexico

From the harsh deserts of Northern Mexico to the rocky inclines of its many mountain ranges and the humid jungle of the south, Mexico has a climate that was made for housing all kinds of varied species.

The spider monkey (Ateles geoffroyi) is an adorable little creature with large eyes and gangly limbs. It’s native to the regions of Mexico that boast tropical rainforests and woodland. You’re quite likely to catch a glimpse of these adorable animals in the southern stretches of Mexico and, as they tend to hang out in groups, they’re fairly easy to spot!

Where to find them: Chiapas, Yucatán, Veracruz and any dense jungle areas.

This creature is very strange-looking, and in critical danger of extinction. In fact, the species is practically the poster child for Mexican wildlife preservation. Typically found inhabiting the rivers and lakes of Central Mexico (although now it’s pretty much only found in Xochimilco), the name axolotl (Ambystoma mexicanum) has its roots in Nahuatl.

Where to find them: Xochimilco. 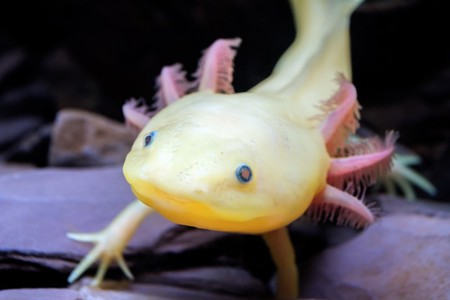 The axolotl is in critical danger of extinction | © Ulmus Media / Shutterstock

The cacomistle (Bassariscus sumichrasti), sometimes written cacomiztle or cacomixtle, is a native Mexican mammal that is similar in appearance to a monkey crossed with a cat and a raccoon. Yes, really! These furry little fiends owe their name to the Aztec language Nahuatl and are most frequently spotted in the southeastern jungles. They’re nocturnal and love to hang out in trees, jumping from branch to branch with ease.

Where to find them: Southern Mexico.

Back to mammals with the Mexican prairie dog (Cynomys mexicanus), which is neither a dog nor an inhabitant of the prairies. Typically found in small clusters in northern states, the Mexican prairie dog is actually far closer related to the groundhog than it is to any kind of dog. Plus, they live in warrens, not kennels. While it’s been treated as a pest in the past, it’s actually key to the ecosystems where it lives and is currently endangered.

Where to find them: Coahuila, Nuevo León, San Luis Potosí and Zacatecas.

Mainly active at night, the ocelot (Leopardus pardalis) is a slinky and elusive big cat that loves to sleep in trees during the day. Often the ocelot is confused at first for a tiny jaguar, given that they have many similar features. These animals are found across South America and in some Caribbean islands.

Where to find them: Oaxaca, Chiapas, Veracruz, Tabasco and Yucatán. 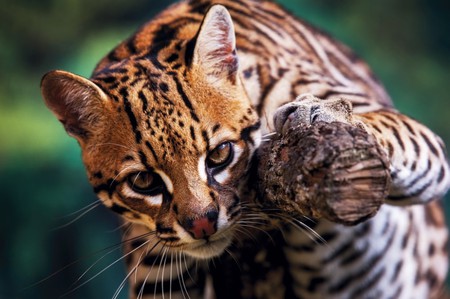 Known as vaquita marina in Spanish (literally meaning ‘sea cow’), the vaquita porpoise (Phocoena sinus) is one of the smallest cetaceans in the world, and the most endangered. In fact, given that the latest figures show there are only 30 left in the wild, it’s practically impossible to see one in its natural habitat. Spotting a vaquita porpoise in Mexico’s Gulf of California would certainly be an unforgettable experience.

Where to find them: The Gulf of California.

Members of the raccoon family, the coati is a pretty cute-looking animal with a long nose, distinctive markings and strong double-jointed limbs. As a result of their physiology, they love to dig and are exceptionally smart. Coatis are principally threatened by unregulated hunting and the destruction of their natural habitat, and worries abound over their future survival.

Where to find them: Forests of Oaxaca, Chiapas, Tabasco, Campeche, Yucatán or Quintana Roo.

The cenzontle (Mimus polyglottos), also known as the northern mockingbird, has a remarkable talent and ability to copy the calls of other birds, animals and even people. While they’re found pretty much all over Mexico, North America and even in Cuba, they’re somewhat of a rarity in Europe.

Where to find them: Northern Mexico. 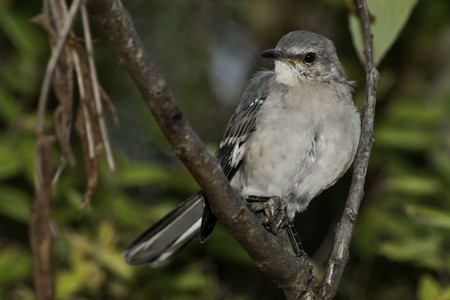 The Mexican grey wolf (Canis lupus baileyi) only grows to around the size of a large domestic dog, but, as with other wolf breeds, they run and hunt in packs and can be incredibly vicious. They were once extremely endangered, but captivity and breeding efforts in the 1970s ensured their continued survival.

Where to find them: Typically in Northern Mexico, near the US border.

This is perhaps the easiest native animal spot, because the xoloitzcuintli is actually a domestic dog breed. An icon of Mexico, these odd-looking hairless dogs are typically black in color, although often they have patches of white skin. Despite being hairless, they sometimes get tufts of hair on the tops of their heads. The xoloitzcuintli was both eaten by the Aztecs and regarded as a guardian and protector. They continue to be a prized and very expensive pet in modern Mexico.

Where to find them: All over Mexico. 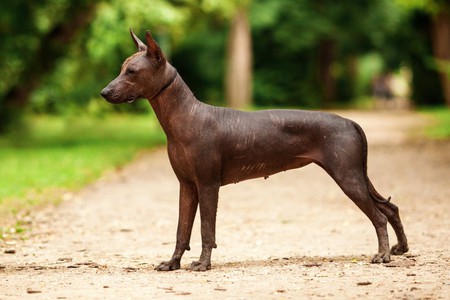 Finally, we round off our guide with another native bird that is somewhat more colorful and vibrant than the aforementioned cenzontle. Part of the trogon family, the quetzal likes to live in tropical highlands. There are a few different kinds of quetzal, and many of the species can be found in the very south of the US, in Mexico and even in Guatemala. Quetzal in Nahuatl translates loosely to ‘large brilliant tail feather.’

Where to find them: All over Mexico, in humid forests and wooded areas. 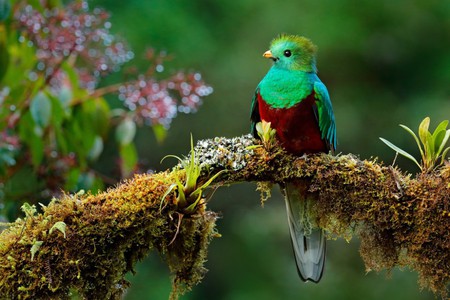