Traditional Mexican Dances You Should Know About 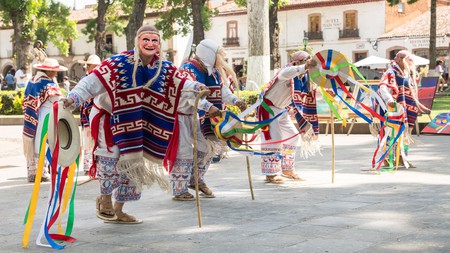 Traditional Mexican dances merge the country’s indigenous, African and European influences. The Spanish were unsuccessful in trying to suppress indigenous dance during colonial times; instead, Spanish culture became part of the routines. Styles such as folklorico and jarabe have become a celebrated part of Mexico‘s national identity, with dedicated troupes, such as the Ballet Folklorico, performing them. 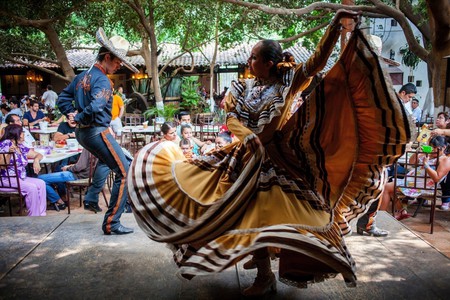 We’re kicking off with what is easily the most internationally well known, and arguably the most patriotic, of all of Mexico’s traditional dances – the Jarabe Tapatío. Typically referred to as the Mexican Hat Dance in English – at one point the steps revolve around a sombrero placed on the floor – Mexico’s national dance is intricately linked with its pride as a nation. One aspect that possibly aids the enduring popularity of this courtship dance (aside from ballerina Anna Pavlova’s en pointe version) is the distinctly Mexican clothing; the male dancer wears a charro suit and the female dancer a china poblana dress.

La Conquista (the Conquest) is a traditional Mexican dance that, as the name suggests, narrates the story of the Spanish conquest. Masked dancers play all the key historical players, from the conquistador Hernán Cortés and La Malinche, a Nahua woman who acted as his interpreter and adviser, to the Aztec ruler Moctezuma. The dance depicts the death of the latter at the hands of the former. It’s particularly popular in the western states of Michoacán and Jalisco, and although it’s not an indigenous dance, the tragic story it depicts is vital in terms of Mexican history, including the story of those who were here before the European arrival.

Popular in the state of Michoacán is the Danza de los Viejitos (Dance of the Little Old Men). Technically, this dance was created and popularised in the 20th century, but its roots and rhythm are rooted firmly in traditional folk dance. The four old men in question represent earth, air, fire and water. This dance is notable for the wooden shoes worn by the dancers, which certainly make each step they take that much more impactful. Traditional instruments and indigenous clothing are also featured in the dance, which often finds itself compared to a similar dance known as Huehuenches or Huehues. 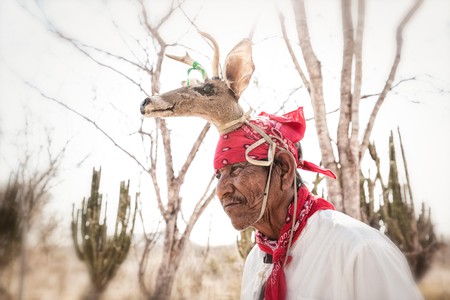 Another of Mexico’s ritualistic dances is the Danza del Venado (Deer Dance), which depicts the story of a deer hunt and is typically performed in springtime. Originating in the Yaqui regions of Sonora and Sinaloa, renditions of this practically unchanged dance are now performed across the country and even in parts of the USA. The great thing about the dance is that it’s instantly identifiable, as the dancers wear real or imitation antlers with red ribbon accents on their heads. 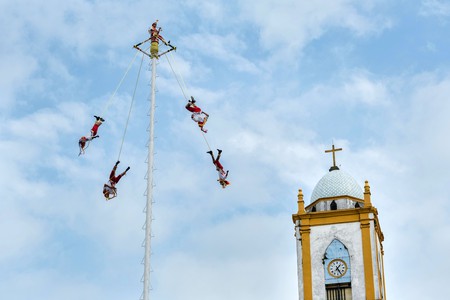 Another iconic dance is Los Voladores de Papantla, considered by Unesco a symbol of Intangible Cultural Heritage. Prepare to be terrified, however, because the event begins with all five participants scaling a 30m (98ft) pole, from which four of them then proceed to drop – one lucky member remains at the top playing a flute and drum. Attached only by a rope, they gently twirl and spin, and then gracefully make their way to the ground. 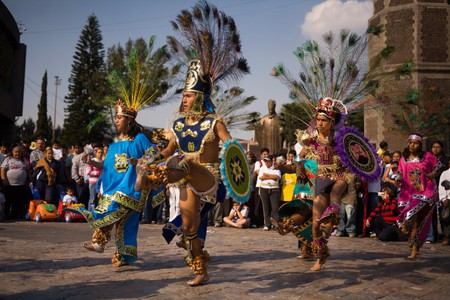 Featuring dancers dressed in indigenous costume, including headdresses and body paint, Concheros (Shells) is predominantly an indigenous dance. Although there’s some European influence here in the form of armadillo shell lutes, the other instruments that accompany it, such as the drums and flutes, are more authentic. You might hear Concheros referred to as the Chichimecas or Aztecas, and there is also a version called the Mexicas, which seeks to get back to the indigenous roots of the dance. 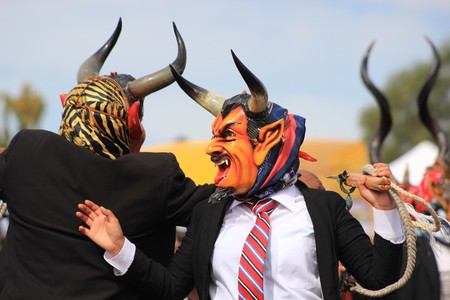 A dance that is key to understanding Mexico’s often sidelined African heritage is the Guerrero/Oaxaca-based Danza de los Diablos. Originally developed during the colonial period, during which the Spanish brought enslaved Africans to the coasts of Mexico, the dance features characteristics unique to the region. All the participants wear similar masks and dress, with the exception of the dancer interpreting the role of the main devil, who has more elegant attire. The dance is often performed on the Day of the Dead, and its movements are said to symbolise the breaking away of the Africans from the Spanish slave owners.

This dance is particularly popular and is performed all over the north of the country, particularly in Zacatecas. Matlachines is especially known for the colourful outfits the dancers wear, including chicken feather headdresses, usually dyed to match the colours of the Mexican flag, and, as with the Danza de los Viejitos, wood-soled shoes that help emphasise the sound of each step. Although Tlaxcala sometimes lays claim to Matlachines, it’s generally accepted that the dance originated in Aguascalientes.

One of the few entirely non-indigenous dances included in this guide is the so-called Moros y Cristianos (Moors and Christians) dance. First introduced by monks, the dance is now typically included as part of a larger festival that includes other elements such as mock battles. The festivals represent the capturing of Spanish towns and cities by the Moors and the reconquering by the local Christian population, and are mainly held in Valencia in southern Spain. All participants, whether they are playing Moors or Christians, wear capes and masks depicting their allegiances. 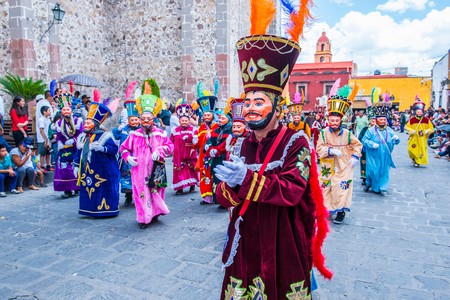 Now considered a symbol of the state of Morelos, although it was originally practised during carnival celebrations in the south of Mexico City and the State of Mexico, this dance pokes fun at the Spanish. The dancers disguise themselves (the word chinelos is thought to have come from the Nahuatl for “disguised”) and take on the roles of the Spanish, imitating their elaborate dress, as well as their fair colouring. The mask-wearing and role-reversal permitted at carnivals allowed for the mockery of Europeans, even in colonial times.