Things You May Not Know About Chichén Itzá 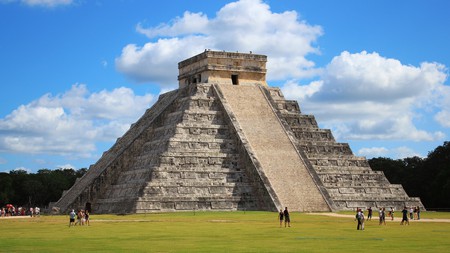 Kukulcán is built on top of an earlier pyramid | © directphoto.bz / Alamy Stock Photo

Once the center of economic and religious life for the Maya, Chichén Itzá, in the Yucatán Peninsula in the south of Mexico, was voted as one of the new seven wonders of the world in 2007. Its name means ‘at the mouth of the Itza’, and it receives more than 1.2m visitors a year. Ever wondered why?

Discover Mexico’s history – and its hidden gems – with our Local Insider by booking onto Culture Trip’s nine-day exclusive tour to the Yucatán peninsula. 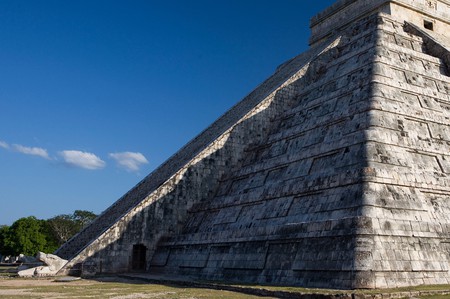 In March and September the sun crosses the celestial equator, resulting in a day and night of equal lengths. Due to the position of the Temple of Kukulcán, a descending serpent made of inverted triangles of light can be observed on the side of the steps at sunset on equinox day. The snake form is shaped as the day goes by, starting at the top and finishing with the feathered serpent’s head at the base of the monument.

The Kukulcán pyramid is constructed atop an older pyramid

In 1937, Mexican archaeologists exploring Kukulcán found within it a complete pyramid temple, also of nine levels. Preserved in the temple chambers they found a chacmool sculpture (a reclining figure supporting a bowl upon its stomach) and a jaguar throne, both of which remain today. You can only visit the inside of the temple with a special permit.

Veneration of the serpent is not technically a Maya tradition

The feathered serpent, so prominently depicted at Chichén Itzá, was introduced by the Toltecs, a civilisation from the north of Mexico, in the 10th century. Older buildings still visible today are constructed in the Puuc style: the facades are decorated with geometric patterns, animals and representations of the rain god Chaac.

Maya pilgrims made offerings to the Sacred Cenote 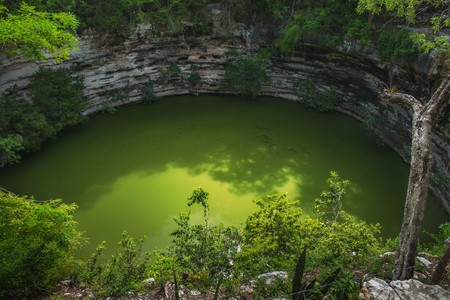 The murky green water from the sacred cenote, a natural sinkhole at Chichén Itzá, has yielded human bones, jade and gold. In the 19th century, feverish imagination focused on the cenote, with dreams of great treasures being found, and a gold repoussé disk was dredged up.

The Kukulcan Pyramid is constructed over a cenote

An electrical resistance survey published in August 2015 shows a newly discovered underground river under the pyramid. Archaeologists are trying to uncover if the Mayans knew about the cenote when they embarked on its construction.

Big wheels have not been found near the archaeological site, so the supposition is that no wheels were used in the construction of the pyramids. However, small wheels were found on Mayan toys; there is no doubt that Mesoamericans invented the wheel and did use it. But while other uses of the wheel remain a mystery, we are sure that no horses were used as these only arrived with the Spanish conquest.

The Great Ballcourt is larger than a football field 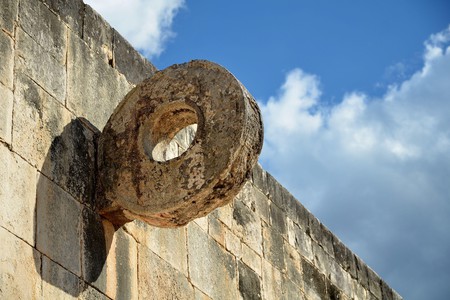 Chichén Itzá’s ball court is the largest in Mesoamerica. Its playing field extends over a length of 168m (551ft) and a width of 70m (230ft). During ritual games, players tried to hit a 5kg rubber ball with their hips and elbows through high stone scoring hoops. The competition must have been fierce, as losers were put to death.

Reliefs from the great ball court show a human sacrifice 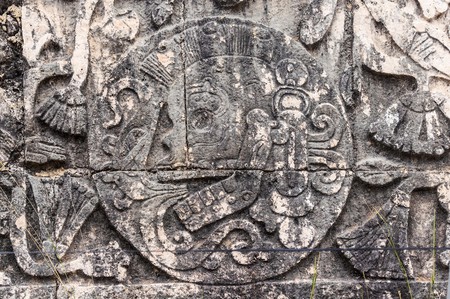 Imagine playing football and being reminded by a billboard that if you lost, you would have your head cut off? The carved reliefs at Chichén Itzá reveal grisly scenes. They show two opposing teams of seven members each facing one another. In the middle of the scene, the first player of the left team has decapitated the first player from the opposing team, who kneels headless in front of a large ball marked by a great laughing skull.

Only one fifth of Chichén Itzá has been excavated

The core monuments at the archaeological site of Chichén Itzá cover approximately 5sqkm (2sqmi); however, the estimated extent of dense urban development during the city’s peak is thought to have reached 25sqkm (10sqmi). The surrounding ruins are thus not excavated, and are covered by dense forests.

Chichén Itzá was privately owned until 2010

The Barbachano family from Yucatan purchased the land of Chichén Itzá in 1944 from the American archaeologist Edward H Thompson. The Mexican constitution stipulates that all archaeological monuments belong to the nation, but the land belonged to the family until 2010, when it was sold to the government.