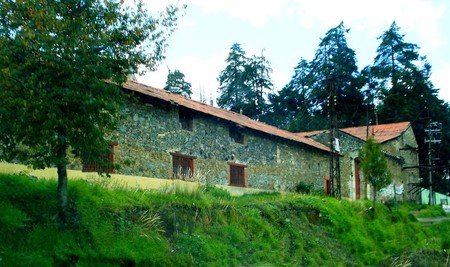 Just a few minutes outside Hidalgo’s capital, Pachuca, the quiant little town of Real del Monte looks almost… British? That’s because this was once one of the centers of mining in Mexico, and the miners of Real del Monte were Cornish immigrants who brought their food and culture to this mountain town. Here are a few facts to brush up on before you go.

The mines of Real del Monte and Pachuca are believed to have brought to the surface 1.2 billion troy ounces of silver and 6.2 million ounces of gold. That’s 6% of the silver and gold mined in the last five centuries. The Spanish were the original owners of these mines, through which they financed their new colony. But after a series of floods and damage to mines, by the 1820s Cornish miners were brought in to save the day. 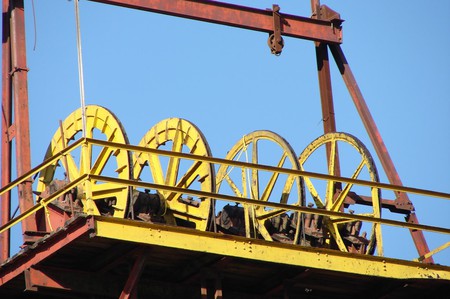 In order to repair the flooded mines, Cornish miners were brought over from England with their steam engines, a technology not yet available in the New World at the time. Throughout the next half century waves of Cornish miners and their families would migrate to Mexico, mainly from the Cornish towns of Camborne, Redruth and Gwennap.

They had the Americas’ first Workers’ Strike

In 1766, miners working under the control of Count de Regla, Pedro Romero de Terreros, one of the richest Spanish colonists at the time, protested wage reductions and increasingly difficult working conditions. The strike is noteworthy because it wasn’t simply a work stoppage but an attempt to renegotiate work and labor contracts.

Look out for the Giant Christ

In the 1940s a group of miners almost died on a rickety wooden lift coming out of a mine. They prayed to god to save them and when they survived, they promised to erect a monument in his name, a promise fulfilled some 40 years later, with the help of the local Catholic church. The giant Christ statue now sits atop the town, surrounded by a platform for incredible views of the surrounding landscape. 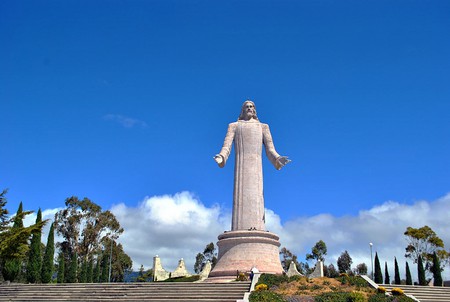 Those same Cornish miners were the first people to introduce soccer to Mexico, now the country’s most beloved sport. The miners used to play informal games amongst themselves after their hours at the mine and eventually would be the first members of the Club Futbol Pachuca, the country’s first soccer club. The Pachuca Club joined with several other nascent soccer clubs in 1902 and hosted Mexico’s first soccer tournament.

The food has some English flair

One of the many ways that the English miners influenced Real del Monte was by bringing their pasties with them, known locally as pastes – a flaky empanada type pastry, either savory or sweet that could be eaten on the go and with little fuss, they were, after all, miners. The town has now become famous for its pastes and you can find national brands, based in Real de Monte, that supply stores and restaurants across the country. 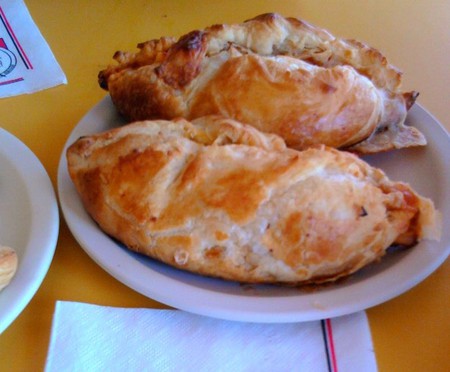 It has its very own English cemetery

Up on a hill, overlooking the town, you will find the ancestors of many present-day locals, all with English surnames, at the Pantéo Inglès. There are 755 tombs on this plot of land donated by one of the mine’s managers, the oldest dating back to 1834. The architecture of the cemetery and tombs is faithful to the occupants’ heritage, with Cornish-style headstones and celtic and masonic symbolism on many of the graves.

It has unusual architecture

You notice the red, slant-roofed houses the minute you arrive in Real del Monte, so unlike other Mexican architecture in mountain towns across the country. Even the Acosta mine, open until 1985 was built in a style that was typical to the homeland of the miners. The engine house and high chimneys are an intense contrast to the surrounding greenery. 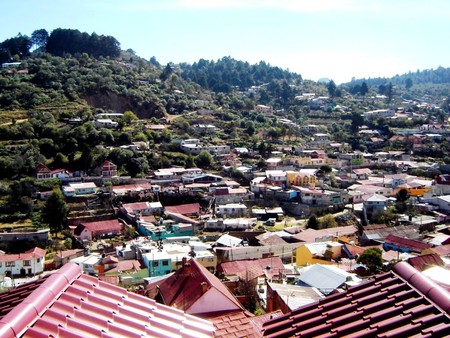 It has a windy side

Real del Monte and Pachuca, its sister city, have a reputation for cold mountain winds that breeze through most afternoons. Pachuca has even been nicknamed “The Windy Beauty.” Make sure you bring some warm clothes, no matter what time of the year you are visiting – that wind could whip up at any minute.

There’s a festival and museum dedicated to its favorite food

The miners’ famous meat pies, or pastes, have now developed into a cause for local pride. 2009 brought the first annual Festival Internacional del Paste to town and a few years later an interactive paste museum was built, where visitors can try their hand at creating the little delights and of course nibbling on a few samples. The Duchess of Cornwall and her husband, Prince Charles, even visited the museum in 2014.