10 Non-Touristy Things to Do in Mexico City 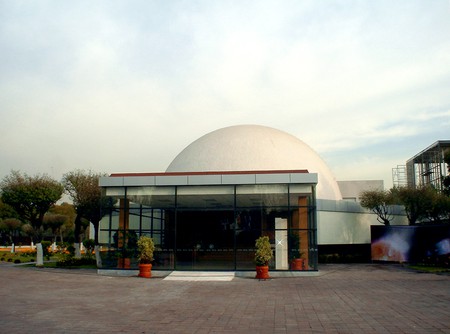 Mexico City is a paradise for everyone – from the active traveller who loves nothing more than exploring from sunup to sundown to the lazy traveller who takes a more leisurely approach to life given the wide scope of activities on offer. It also applies if you’re the off-the-beaten-path traveller – here are the top non-touristy, unique things to see and do in Mexico City.

The landmark that sparked a thousand rumours, from the suggestion that it came from China to those who believed a sheikh gifted it, the Kiosco Morisco is a highlight of the Santa María la Ribera neighbourhood (alongside the impressive Biblioteca Vasconcelos, of course). It’s also one of the city’s more underrated attractions; indeed, many travellers wrongly overlook the Kiosco Morisco, located just north of the main Mexico City drag, so get off the beaten path and see it for yourself. 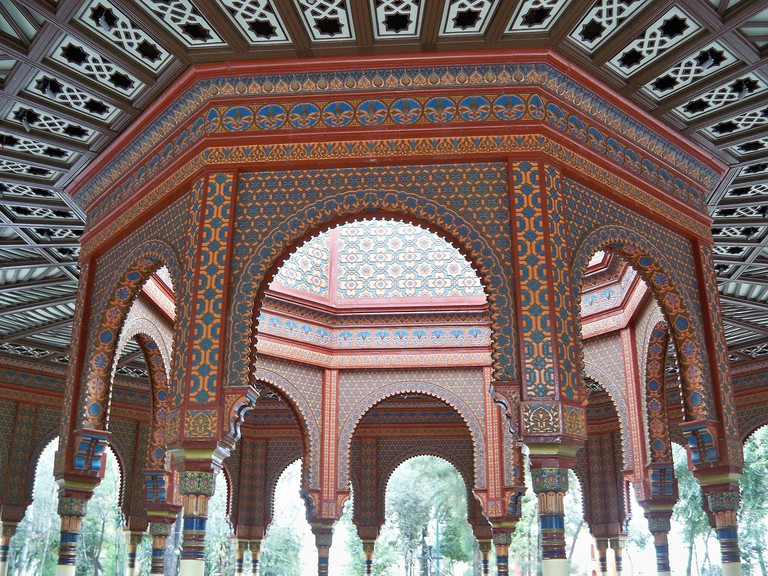 Check out some of the more niche museums

Mexico City may well be the capital with the most museums in the world (over 150, if you’re interested), but most tourists stick to the main cultural destinations – think the Museo Nacional de Antropología, Frida Kahlo’s Casa Azul and even the Palacio de Bellas Artes. However, instead of these, you should visit the Casa Leon Trotsky, check out the mummies at Museo de El Carmen or even head to the always well-curated exhibits at the Museo del Juguete Antiguo. 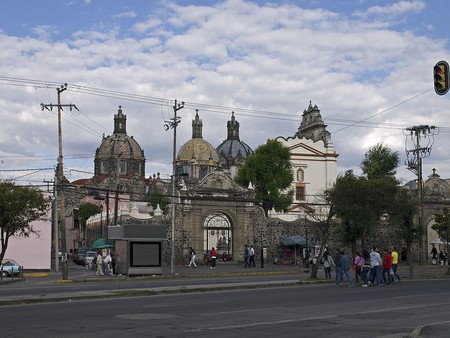 Go north to the Planetarium

The northern neighbourhoods are perhaps the most overlooked in all of Mexico City, given their generally unsavoury after-dark reputation and distance from the main sights. If you look a little deeper, though, you’ll find that there are some hidden gems, of which Planetario Luis Enrique Erro is definitely one. The oldest planetarium in Latin America, there are tons of exhibits, interactive or otherwise, to check out, and you can get up close and personal (kind of) with the night’s sky. It’s not just for kids! 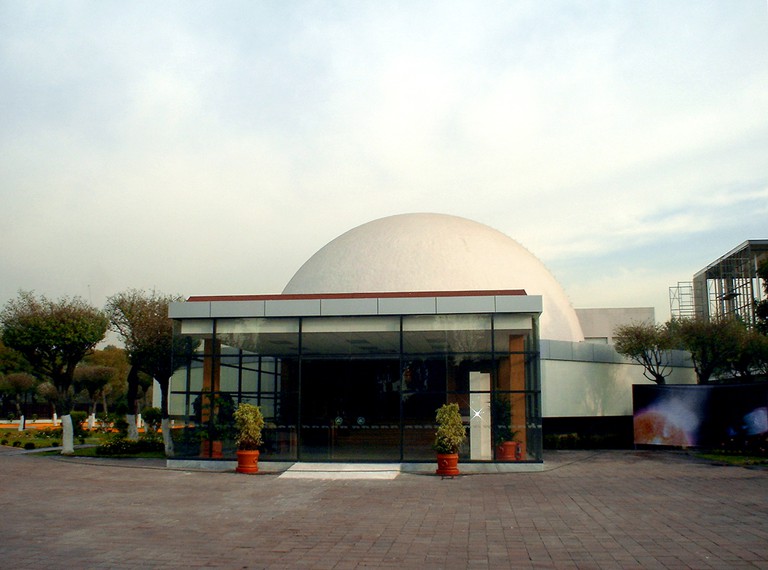 Everyone flocks to the undeniably fantastic contemporary art scenes of Roma and, to a lesser extent, Condesa, but many forget about the tucked away San Rafael neighbourhood. Up-and-coming in its own right, offering just as quirky a vibe as nearby Roma but with far lower prices, it’s also a must-visit for art fans in the know. From the exceptional non-profit, artist-run Casa Maauad to the on-the-rise Yautepec gallery, you could fill entire days in San Rafael.

While most travellers in Mexico will have dabbled in chapulines at one point or another, there is a veritable smorgasbord of edible insects just waiting for you in the fancy restaurants, authentic street food stalls and traditional markets of Mexico City. One of the most quintessential spots to give bugs a try is the Mercado de San Juan, which dishes up escamoles and gusanos de maguey on the daily. Alternatively, head to Restaurante Bar Chon in the historic centre if you fancy trying anything from insects to crocodile.

Allow time for the Pabellón Coreano and the Audiorama

The Bosque de Chapultepec ranks as one of Latin America’s largest urban parks. Understandably, and given that it sits smack bang in the heart of the city, it’s brimming with tourists. However, there are plenty of non-touristy hidden gems waiting for you in Chapultepec Park if you look hard enough. The first is the laid-back Audiorama, which streams out calming background music and is the ideal reading and relaxation spot. The second is the equally tranquil Pabellón Coreano, with its replica pagoda and isolated location. 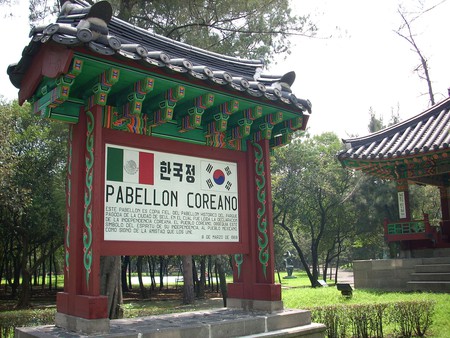 For literature lovers in Mexico City, there are vast quantities of fabulous bookstores, points of interest and beautiful libraries to check out, but they’re not exactly what you’d consider ‘little known’. However, the used bookstores that run the length of the historic centre’s Calle Donceles are a little further off the literature radar, probably because they principally appeal to a local Spanish-speaking crowd. That’s exactly why they’re worth checking out, though; even if you don’t understand the language, there’s nothing as satisfying as rifling through a used bookstore.

It’s no secret that Mexico City’s surrounds are sprawling national parks, forests and urban green spaces that make for the ideal day (or half day) escape from the madness of the centre, but there are certain aspects of these parks that many people overlook. For example, in the Parque Nacional Desierto de Los Leones, there’s a magnificent attraction known as the Casa del Árbol; designed by father-son duo Guillermo and Sidartha Siliceo, it is a 25-cabin complex constructed with Buddhist principles and eco-friendly concepts in mind.

Another northern point of interest in Mexico City is the Biblioteca Vasconcelos, but given that it’s regularly ranked as one of the most beautiful, or at the very least the most architecturally impressive, library in the capital, it’s often quite touristy. Scratch the surface and venture into the surrounding gardens of this towering edifice, though, and you’ll likely stumble upon a practically deserted botanical garden. It supposedly contains over 160 types of plant life and covers a massive 26,000-square-meter (279,862-square-foot) expanse.

While you’re kicking around the Buenavista area of the city, take a wander over to the nearby Cultural Tianguis. Known colloquially as El Chopo, this weekly street market makes for a must-visit if you’re interested in the rockero and punk subcultures of Mexico City. A gathering place for shoppers, skaters, weed smokers and musicians alike, it brings together young and old and is typically pretty far off the beaten track for the casual Mexico City visitor. 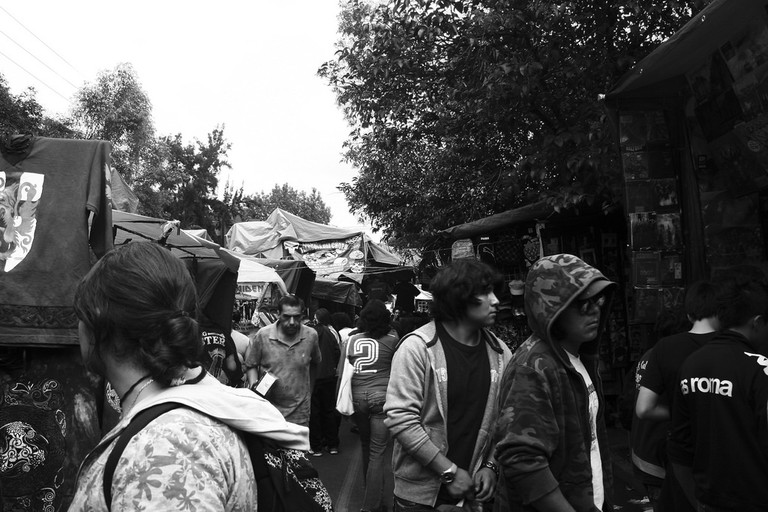