10 Mexican Films to Watch on Netflix 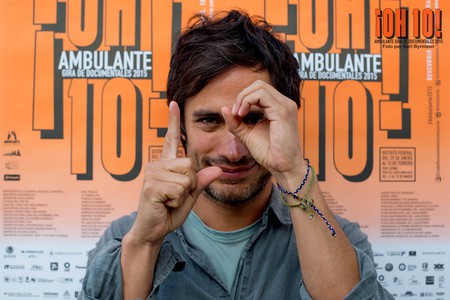 While there are plenty of great Mexican films that aren’t currently on Netflix – think Amores Perros, Nosotros Los Nobles or La Dictadura Perfecta – there is still a good selection to choose from on the streaming service when you’re planning your next movie night or duvet day. Here are 10 of the best Mexican films that you can stream right now.

These movies are currently available on the US service. You can check the up-to-date listings here to make sure the film you’ve chosen is still available.

Y Tu Mamá También is an early-noughties favourite from the back catalogue of two bona fide Mexican film stars, Diego Luna (of Star Wars fame) and Gael García Bernal (who’s dabbled in a bit of everything at this point), working with renowned Mexican director Alfonso Cuarón. The plot follows the tumultuous coming-of-age story of Julio and Tenoch as they embark on a road trip through rural Mexico with Luisa, the wife of Tenoch’s cousin.

From one Cuarón to another, and featuring Gael García Bernal once more, Desierto is a 2015 picture co-written and directed by Alfonso Cuarón’s son, Jonás. It charts the attempts of a group of would be-immigrants trying to make it across the US border. While it didn’t fare well with the critics, with some criticising its predictable plotting and poor writing, it’s still worth a watch if you like fun thrillers.

Semana Santa, which means ‘Holy Week’, takes centre stage in this holiday-gone-wrong flick directed by Alejandra Márque Abella and starring the prolific, if underrated, Mexican actor Tenoch Huerta. When Dali visits the beach with her son and boyfriend, little do they know that the events of their trip will leave them less than united.

Gloria Trevi, famed Mexican pop singing sensation, is the topic of Gloria. If you know anything about her life, you’ll know that you’re in for some ups and downs in this flick, as it charts her rise to fame and the setbacks and scandals that plague her along the way. For those unfamiliar with Trevi’s work, this is a great introduction to one of Latin America’s most well-known musical figures.

Not only is Like Water for Chocolate a must-read book about Mexico, it’s also a must-watch film. And, it’s available on Netflix! If you’re not familiar with the story already, it follows the ups and downs of Tita and her extended family; prepare yourself for a vaguely historical romp through magical realism, Mexican cuisine and complex family dynamics.

Watch this 2015 film (‘Elvira, I’d give you my life but I’m using it’) to hear the excellent song by Julieta Venegas, or put it on if you are in the mood for an entertaining, poignant look into the life of a recently abandoned 40-something Mexican mother who sets out to find her absent husband and finds out some less-than-pleasant home truths along the way.

Rezeta, released in 2012, is ideal if you’re in the mood for a romantic dramedy. Charting the life of a 21-year-old Albanian model in Mexico, Rezeta tells the story of the titular character’s failed romances and eventual reassessment of her ‘friendship’ with Alex, with whom she begins a relationship. This film follows their complicated love story.

Oft recommended as essential watching for anyone interested in Mexican culture, history or cinema, Matthew Heineman’s documentary Cartel Land follows life on either side of the border: in the US we watch a vigilante attempting to stem the flow of illegal immigration, while in Mexico we meet a parallel vigilante resisting the destructive forces of cartel violence. Nothing is as straightforward as it first seems.

Lucha libre is one of Mexico’s most iconic sporting-cum-entertainment events, and in this well-made documentary we get an introduction into both the glitz of life in the lucha ring, as well as all the lows that come along with it. Overall, Lucha México follows a handful of wrestling stars, giving a comprehensive insight into this fascinating world.

Estar o No Estar (‘Being or Not Being’) is a 2016 drama shot on location in Veracruz, Mexico, which explores the flourishing attraction between a bereaved middle-aged man (played by Flavio Medina) and a much younger waitress, Nástenska (Aislinn Derbez). From there, things get complicated, especially after the return of Nátenska’s boyfriend.