9 Hip-Hop Artists From Mexico the World Needs to Know 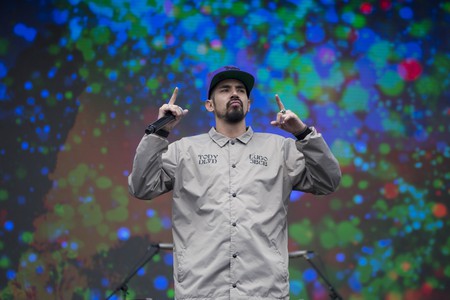 While hip-hop, sometimes used as a synonym for rap music, may have developed out of inner-city New York in the 70s, the global prevalence of this musical style nowadays is undeniable. Combining elements of spoken word, rap and often samples from older tracks, hip-hop is no longer just music, but an entire subculture. Here are the Mexican hip-hop artists that you need to know about, ranging from well-known acts to those who are still flying under the radar.

As part of both the Mujeres Trabajando and Rimas Femininas collectives, Jezzy P is easily one of the most influential female rappers of the moment in Mexico, and her music should without a doubt be reaching a wider audience. Having got her start in Ecatepec way back in the 90s, her lyrics about gender discrimination and the dire rate of femicide in her hometown made her a revolutionary voice back then, and she continues to be one into the present day.

Some might know Control Machete for their catchy contribution to the Amores Perros soundtrack, whereas others will be more familiar with them as a result of the Levi Superbowl commercial in the US, on which their song featured. While they’ve since split, Control Machete had a good run of eight years and released some of Mexican hip-hop’s most iconic songs, such as ‘Sí Señor’ and ‘De Perros Amores’, as well as launching the career of former member Pato Machete.

We named Mare Advertencia Lírika as one of the female musicians to watch last year, and since then, she’s gone from strength to strength, taking strides in the hip-hop industry alongside other fearless feminist rappers striving for social justice, such as the Guatemalan Rebeca Lane. Her lyrics can broadly be described as political, covering social, gender and indigenous issues (she herself is Zapoteca, from Oaxaca), and this was only reaffirmed when one of her songs became the backing track to a video at a powerful femicide exhibition in Mexico City earlier this year.

Arguably the best-known name on this list, Cartel de Santa is not (as many people wrongly believe) one person, but rather the collective name for a group of artists and MCs from Santa Catarina, Nuevo León, the area from which they take their name. Having formed in 1998, they’re one of Mexico’s longest-running and most influential groups and continue to release new music, headlining Pa’l Norte Festival in Monterrey just this year. Classic Cartel tracks include ‘Extasis’, ‘Todos mueren por mi’ and the vaguely ridiculous ‘Los mensajes de Whatsapp’.

Monterrey produces a wealth of hip-hop talent, and further evidence for this comes in the form of Mexico’s first openly gay rapper (of any gender), Niña Dioz. Even though she launched her first EP way back in 2007 and made her US debut at SXSW in 2009, sharing the stage with huge Mexican artists such as Julieta Venegas and Cartel de Santa since then, plus contributing to the Rudo y Cursi soundtrack, she deserves far more attention outside of her native sphere.

Luz Reality, who typically works in collaboration with Alix Toxik, was recently featured in a Guardian article about female rappers taking a stand against femicide. Considering she comes from the horrendously dangerous Mexican area of Ecatepec in the State of Mexico, it seems only right that so much of the rap music she’s spent 20 years working on should address such prevalent and heart-breaking issues. Even though she’s currently best known on the underground, local scene, her music is powerful and universal.

The Guadaloops offer a somewhat different sound to many of the other hip-hop artists featured on this list, sometimes juxtaposing their lyrics with soaring high notes, vaguely psychedelic, electro sounds or upbeat background music. It’s easy to see why their unique style of hip-hop fusion has captured the attention of many fans of the genre though; they wanted not just rappers and MCs, but true musicians (The Guadaloops use guitars, drums and even trumpets). They are easily the most innovative hip-hop act in Mexico right now.

Speaking of innovative hip-hop acts doing something more with the genre, there is the Guanajuato-born, US-based rapper Chhoti Maa and her feminist, immigrant, post-colonial lyrics, which are as captivating as they are impactful. Influenced by her grandmother, her raps stem out of poetry first and foremost, as well as the Mexican oral tradition, combining powerful spoken word. Her background in gospel and soul singing is more than evident on the occasion that she sings on her tracks too.

Akwid is a semi-portmanteau of the two rappers who make up the group, brothers AK and Wikid, who are both from Michoacán by birth but moved to the US as children. A bizarre but intriguing combination of hip-hop/rapped vocals over traditional Mexican brass sounds, it’s this mix of hip-hop and regional Mexican music that actually makes them worth listening to. It’s this sound that also won them two Billboard Awards and a Latin Grammy.