10 GoPro Videos That Capture The Essence Of Mexico City 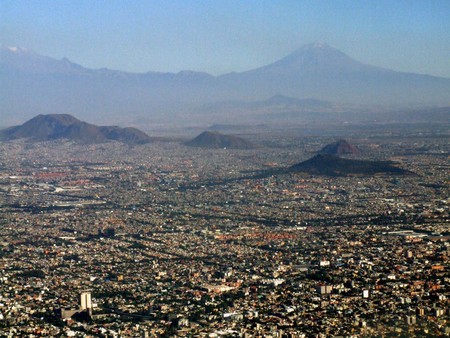 The beauty of a GoPro lies in its ability to capture what a photo can’t and illustrate what an anecdote fails to. They’ve revolutionised the way sun-kissed travellers regale their relatives with travel stories upon their return; instead of telling them what it was like, why not just show them? With that in mind, here are 10 GoPro videos that capture the essence of Mexico City’s streets, people and places.

The Essence of the Visitor Experience

If you only watch one GoPro video about Mexico City, make it this one. Uploaded by Youtube user Pallas Hayes, it captures several aspects that most visitors will experience for themselves on a trip to Mexico City, giving an insight into the main tourist attractions. Kicking off on the trajineras of Xochimilco, we see bike rides on Paseo de la Reforma, museums in Chapultepec and markets in the historic centre, amongst many other things.

The Essence of the Cultural Heritage

The previous video captured a few seconds of footage of a Danza de los Voladores, but this GoPro shot video takes bird’s eye view to a whole new level. Having attached the camera to one of the performers, we watch him scale the pole before taking his position at the top. Gradually the ritual gets going and, while it may be vertigo inducing, you find yourself unable to look away. A whole new perspective on one of Mexico’s most traditional dances.

The Essence of the Trajineras

Combined with a drone, this GoPro footage gives an aerial view over the Xochimilco canals, giving a new perspective on their scale as well as providing a different angle on the emblematic trajineras with which we’re so familiar. While this video doesn’t necessarily represent the atmosphere aboard the Xochimilco trajineras (canal boats), which noramlly involves drinks and a lively atmosphere, it does show more of the surrounding tranquil scenery and, of course, the colourful beauty of the trajineras themselves.

The Essence of a Mexican Tradition

While many claim that the humble piñata actually originates from China (this video actually addresses that assertion too), it is intrinsically linked with Mexico in the minds of most people. This GoPro captured video gives us an insight into both the tradition of making and the tradition of smashing up the lovingly prepared piñata. Plus, it’s all subtitled in English, making it the perfect way to familiarise yourself with this Mexican tradition.

The Essence of a Mexican Sunset

The title says it all – a long shot time-lapse of the sun setting over Mexico City gives a tranquil perspective on what can actually be the busiest time of the day, as people travel home from work and out for the night. This beautiful video removes you from the hustle and bustle of the city streets to provide a new take on the city as it comes to life in the evening.

The Essence of Mexico’s Mesoamerican Past

This excellently shot and edited GoPro video gives a different take on the pyramids of Teotihuacán, which are situated an hour from the capital in the State of Mexico. While most tourists will take a day to explore this former Mesoamerican stronghold, this gives you a brief insight into the scale of the archaeological site before you visit. Just hold your breath as the person wielding the camera makes a quite frankly terrifyingly speedy descent down one of the pyramids.

The Essence of the Mexico City Streets

Skip past the overly upbeat, 20-second introduction to this video and get right to the good stuff. This video does what it says on the tin – it walks you through the streets of Mexico City, giving you an introduction to the wide variety of Mexico City neighbourhoods, including Roma and Coyoacán, and gives an insight into their accompanying vibes. One of the key things it does highlight is the always heavy, and not always reassuring, police presence.

The Essence of the Hustle and Bustle

Filmed in the historic centre of Mexico City, this time-lapse footage accurately portrays the craziness of the road crossings, including one particularly comical, and not uncommon, moment in which a taxi gets hemmed in by pedestrians flocking across the street. If you want to see how the world of Mexico City operates on a day to day basis, this makes for a speedy introduction.

The Essence of the Music Scene

Our final GoPro offering gives a professionally edited and excellently concise introduction to one of Mexico City’s best festivals, Nrmal. With ‘on the ground’ shots during the festival itself, interviews with the founder, and even backstage footage of the bands playing, it’s a great way to see a side to Mexico City that’s more than just the typical tourist attractions. Plus, presenter Mely’s dress sense is amazing.

Bonus: The Essence of the Mexico City Metro

This video was not shot with a GoPro but the craziness of the Mexico City metro at its hora pico (busiest time) has to be seen to be believed. As many visitors never experience the metro at rush hour (thankfully), the absurdity of it perhaps remains unappreciated; however, this is the essence of the capital that you should be glad you don’t have to experience.