10 Films You Should Watch Before Visiting Mexico 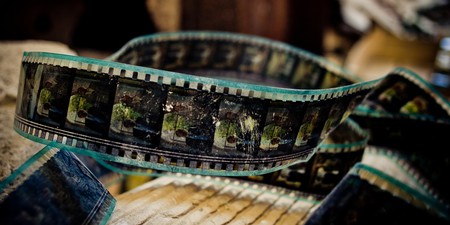 Mexico is a country that often gets an unfair rap in the press, often leading to a skewed or overly stereotypical presentation that can either deter or terrify potential visitors. While there is definitely some truth to many of the reports, Mexico is also so much more than the negative portrayals. With that in mind, here are 10 gritty, honest and striking films you should watch before visiting Mexico.

No guide to Mexican cinema would be complete without a mention of the cinematic masterpiece that is Amores Perros (2000). Known by many as the film which launched Gael García Bernal’s career, and solidified his status as a rising star, it is also a realistic and gritty depiction of life in the Mexican capital. Gruesome dogfights make up much of the principal storyline, as do urban backdrops that demonstrate the seedier underbelly to Mexico City, although much of the film was shot in upmarket Colonia Condesa.

The Night of the Iguana

A blast from the past with The Night of the Iguana (1964), which follows the exploits of Richard Burton as a priest turned tour guide. The shooting of this film wasn’t without its own drama either, as the aforementioned leading man brought his fiancée Elizabeth Taylor with him to Puerto Vallarta. Speaking of which, The Night of the Iguana also boosted the tourism industry in Puerto Vallarta massively, with much of the action being shot on Mismaloya beach.

El Infierno (2010) was a commercial and critical success and with good reason; a darkly comedic take on Mexico’s infamous drug war, this movie is a nuanced but bleak take on the criminal activity with which Mexico is most associated. The plot follows a recently deported Mexican who finds himself lured to the metaphorical dark side, as his home town offers no options beyond getting involved in drugs. However, the perfect life of crime isn’t as perfect as it seems.

Straying away from comedy, let us turn to a documentary in the form of Hecho En México, an excellently produced picture which features many of Mexico’s leading musical and theatrical talents. With appearances from Diego Luna, Julieta Venegas and Lila Downs, it details Mexican music and all that broad title entails, as well as celebrates the homegrown talent with which Mexico is replete. A fantastic insight that shows Mexican music is more than just mariachi.

Laura Esquivel’s classic novel Como Agua Para Chocolate is a must-read Mexican text that beautifully evokes the social set-up of 20th-century Mexico. The film (1992) itself is no different and makes for essential viewing before visiting Mexico, firstly because of its presentation of the Mexican cuisine that forms such an important part of the plot, and secondly for the bleak, but in many ways true to life, depiction of the dusty expanse that makes up the northern Mexican desert.

Many people forget that the migrants attempting to cross the notoriously restrictive US border aren’t always Mexicans – in fact, a large part of them travel up from Central America and through Mexico at great personal risk in their attempt to achieve the American dream. In Sin Nombre (2009), or ‘nameless’, the similarly nameless Honduran protagonist ends up uniting with a Mexican gangster on her journey, and together they bleakly depict the reality of these attempted border crossings. What makes it all the more harrowing is that many of the extras were migrants themselves.

Set against the social backdrop of the student strikes of 1999, this artsy, indie flick is shot all in black and white. However, don’t let the aesthetic of the cinematography deter you from watching this grimly comic movie, as the on location spots where they shot the film provide a realistic representation of much of Mexico City. One of the most notable areas in which Güeros (2014) was filmed is UNAM’s Ciudad Universitaria, however much of the accommodation accurately reflects the city’s ‘look’. ​​

Set on an anonymous stretch of Mexican coastline, I Hate Love (2012) was initially released as part of the famed Morelia International Film Festival. Whilst on the one hand it’s your typical rom com, it also makes for a change from the mass produced Hollywood take on this classic genre. Centring on Robo, a young Mexican boy who lost his hearing in a tragic accident, and Eve, a troubled American girl, it has the typical love triangle format but a far more intriguing premise; Eve helps Robo hear again.

Another movie set on the Mexican coastline, Alamar (2009) was also a part of Morelia’s Film Festival, albeit a few years prior, and has a far more specific location; Banco Chinchorro in Quintana Roo. This tiny fishing village acts as the backdrop to the slow paced story, and most definitely provides a different outlook on the Mexican state which touristy Cancún also calls home. Even with well-cast amateur actors, the turquoise hues of the ocean and surroundings ultimately remain the main draw of this aesthetically impressive film.

The Mexico Trilogy (El Mariachi, Desperado, Once Upon A Time In Mexico)

Robert Rodriguez’s so-called Mariachi Trilogy still makes for compulsory viewing to this day. When the super low budget El Mariachi was first released in 1992, viewers were privy to a shamelessly stereotypical Mexico; however, for the sequels the shooting locations improved vastly. Putting to one side the all-action, over-the-top shoot outs, this series gives a great insight into the aesthetic of colonial towns Querétaro, San Miguel de Allende and Guanajuato.