10 Films That Are the Perfect Introduction to Mexican Culture 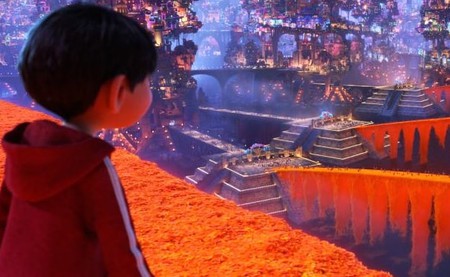 Pyramids in the Land of the Dead | © Courtesy of Pixar

Mexico is home to a vibrant film industry and has also inspired some notable Hollywood productions. Of course, this is no surprise given the country’s stunning cultural heritage and history. From Disney-Pixar animations to gritty Mexico City thrillers, here are the ten best films to put you in a truly Mexican mood.

The team behind the Disney-Pixar animation Coco went to great lengths to make sure the film had an authentic feel, spending months researching the project in various locations around Mexico. The finished product is a kind of love letter to Mexico that celebrates its music, culture and many unique traditions. Set in a small Mexican town, the film tells the story of Miguel, a boy determined to follow in the footsteps of his musical hero Ernesto De La Cruz. When he travels to the Land of the Dead, Miguel finds both the joy of music and the even greater joy of family love and support.

The Book of Life

Another animation that explores Mexico’s annual festivities for the Day of the Dead, The Book of Life was produced by the legendary Mexican director Guillermo del Toro. The animation centers on a young bullfighter called Manolo who embarks on an adventure into the afterlife in search of his beloved María. The innovative film was nominated for Best Animated Feature at the 2014 Golden Globe Awards.

Another Hollywood film that deals with Mexican subject matter, Frida tells the life story of flamboyant Mexican artist Frida Kahlo. Renowned for her intimate, powerful portraits, the film traces the many great obstacles the artist faced in her life, including the life-threatening bus accident she suffered at 18, and her tempestuous relationship with the famous muralist Diego Rivera. Mexican star Salma Hayek offers an extraordinary performance in the leading role and received an Academy Award-nomination for her portrayal.

The Night of the Iguana

If you’re heading to Puerto Vallarta this year, you should definitely watch The Night of the Iguana. Once a sleepy fishing village, the 1964 film put the city on the map and it has been attracting a steady stream of tourists ever since. Directed by John Huston, the film stars Richard Burton, who caused considerable off-screen drama when he brought his lover Elizabeth Taylor to the location set. 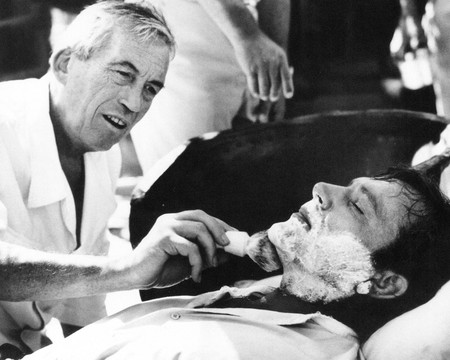 This 2016 film tells the story of Sergei Eisenstein, the legendary Russian filmmaker who tried, and failed, to make a movie about Mexico. Finnish actor Elmer Bäck plays the eccentric director who falls in love with Mexico. The colorful, flamboyant film is the perfect introduction to Guanajuato, the elegant Mexican town that is famed for its museum displaying accidentally mummified bodies.

This modern classic is widely regarded as having kick-started a new “Golden Age” in Mexican cinema. Starring Gael García Bernal, the film centers on a car crash in Mexico City which brings three very different people and their stories together. The depiction of modern Mexico City is gritty but realistic and the horrific dogfights which punctuate the main narrative are a powerful metaphor for the dog-eat-dog nature of modern urban living.

Y Tu Mamá También (And Your Mother Too)

Gael García Bernal followed up on the success of Amores Perros by co-starring in Y Tu Mamá También (And Your Mother Too), alongside his best friend Diego Luna. The central characters embark on a steamy road trip to a remote beach with Luisa, an older Spanish woman. The explicit language, sex and humor should not obscure the film’s more serious backdrop, which centers on the sharp inequality and political corruption in Mexico.

Based on the novel by Laura Esquivel, Like Water for Chocolate focuses on food and family – Mexico’s two abiding national obsessions. The film tells the story of Tita, a young woman who discovers her incredible talent for cooking after her family prevents her from marrying the man she loves. The film was nominated for a Golden Globe and became the highest grossing Spanish-language film ever released in the United States at the time.

This 2012 rockumentary tells the story of the Mexico City music group Molotov, and their formation against the background of Mexico’s many social protest movements. In fact, the film is as much about recent Mexican history as it is about the band, who are not even mentioned until the 34th minute. A great introduction to the major social and political issues in the country.

Hecho en Mexico (Made in Mexico)

This music documentary is one of the most positive films ever made about Mexico. Focusing on a range of artists and performers, the film is beautifully shot and provides a fascinating insight into the country’s contemporary and folkloric music scene. Iconic groups such as Café Tacvba and artists such as Carla Morrison appear, alongside cultural commentators such as Juan Villoro and Elena Poniatowska.