10 Films About The Mexican Border 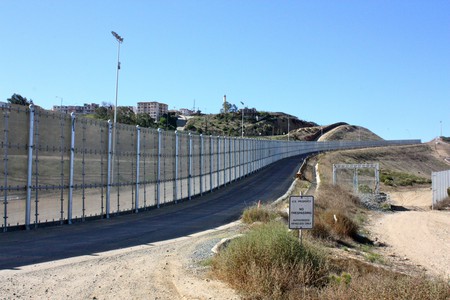 Quite often, tales about Mexican border crossings, or even just life on either side of this hotly debated geo-political division, are stranger than fiction. Therefore, the fact that writers and directors love to pick this location for critical plot points or dramatic scenes in their cinematic efforts is not much of a surprise. However, with the market awash with big budget thrillers set on the US-Mexico border of late, which border films should you be watching? Here are the top ten.

Directed by the legendary Sam Peckinpah, known for his epic Westerns, The Wild Bunch is set on the US-Mexico border in Texas. It was the subject of critical backlash upon release, due to its graphic violence, but what’s most interesting about The Wild Bunch is the way it flips the modern border narrative; rather than Mexicans seeking refuge in the US, we’re presented with the opposite. With the Mexican Revolution serving as the backdrop, The Wild Bunch clearly implies that the border zone has always been one of controversy.

Cartel Land, directed by Matthew Heineman, is a critically acclaimed, big-screen documentary that elegantly, if unflinchingly, depicts the harsh reality of life both sides of the border. Mexico’s drug war naturally takes centre stage as we witness a grassroots vigilante group headed by Dr. Jose Mireles that’s trying to stamp out the influence and intimidation tactics of local cartels. Over in the US, army vet Tim Foley is doing what he can to prevent drug runners crossing into Arizona.

Sin Nombre is one of the few films for which the border is the solution rather than the problem. We follow a young Honduran immigrant as she makes the horrendously bleak journey through Mexico in her attempt to make it to the border. However, Sin Nombre, directed by award-winning Cary Fukunaga, also deals with Mexican gang life and how that, too, makes the life-threatening border crossing the most thoroughly favorable option.

Stepping back in time some thirty years, El Norte remains one of the greatest movies ever made about the US-Mexico border. We’re privy to the horribly claustrophobic – both literally and metaphorically – as well as brutal journey that the two indigenous Guatemalan immigrants make in their attempt to gain freedom and supposed safety in the US. For those who think that choosing to illegally enter the US is the easy option, this is the film that will show them otherwise.

Four intertwined storylines make up the plot of the incredible Babel. However, the one that really resonates is that of illegal Mexican nanny, Amelia, who’s traveled south for her son’s wedding but winds up abandoned in the oppressive heat of the Sonoran desert on her attempts to return to the US. A harrowing sequence follows them as they attempt to find help, in a mirror image of the situations many immigrants find themselves in when attempting to make it to the border.

This film noir classic was not considered such a great triumph upon release. However, it’s now considered one of Orson Welles’ best movies and opens with a time bomb being planted in a car in a Mexican border town, before exploding when it’s crossing the border. The implications of this are wide-ranging and attract the attention of police officials, who first suspect the victim’s son-in-law. The moody setting of the US-Mexico border only adds to the suspense of Touch of Evil.

Undocumented immigrants and people smuggling are touched upon in this indie flick that received limited release back in 2012. A Texan mother (Abbie Cornish) gets wrapped up in smuggling Mexicans into the US, but winds up taking care of a young Mexican girl whose mother disappeared in the process. La Niña evocatively puts names and faces to the people generally thought of in facts and figures, displaying the harsh reality of border crossing.

Traffic won director Steven Soderbergh his first Academy Award, and the film is a multi-layered take on the illegal drug trade set across both Mexico and the US. Starring real-life husband and wife pair, Michael Douglas and Catherine Zeta-Jones (not as a married couple though), Traffic effectively demonstrates the devastating effects the drug trade has on even those who are far removed from it. There is no respite in Traffic from the horror of drugs, or life on and around the US-Mexico border.

Border crossing scenes are played out three times on film in this touching, emotive movie that highlights both the horrors and hypocrisy surrounding the crossings themselves. The first underscores the artifice of the US-Mexico geopolitical border, as a young boy merely walks into the US. The second, much later, scene shows his pregnant wife (Lopez) deported, along with other legal and illegal Mexicans, while the third focuses on her attempts to get back to the US with her newborn baby.

The dystopian nightmare flick Sleep Dealer rounds off our guide to US-Mexico border films, with its plotline focusing on how technology has wiped out migrant workers, instead replacing them with robots controlled by Mexicans. In a chilling prophecy of potential future US plans, a fortified wall now separates Mexico from its northern neighbor and the robots are disregarded and disposed of without a second thought when they inevitably ‘fail’. Screaming social commentary meets science fiction.