10 Famous Street Artists From Mexico You Need to Know 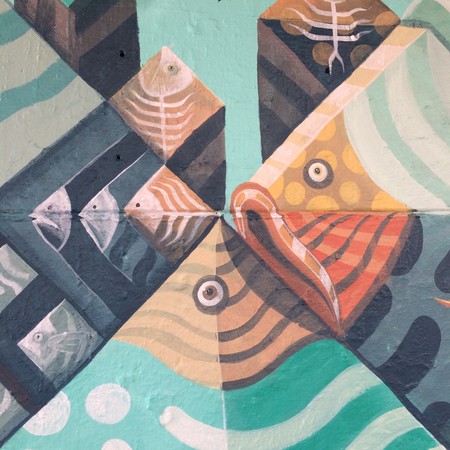 Street art culture is flourishing in Mexico, where vibrant works adorn walls of the capital city and beyond. Fans will be familiar with works in notable destinations including Oaxaca, Playa del Carmen, Tijuana and Puerto Vallarta, to name a few – but who are the artists behind these masterpieces? Read on for our insider’s guide.

As the name suggests, Axolotl Collective is not just one artist, but a bunch of talented painters, illustrators and muralists who have, over the last four years, created some of the best-known pieces of street art in Mexico City, where they’re based. With pieces focusing on pre-Hispanic motifs and trademark vibrant designs, some of their pieces can be spotted in Colonias Doctores, San Fernando Huixquilucan and Torreblanca, as well as the historic centre of Mexico City. 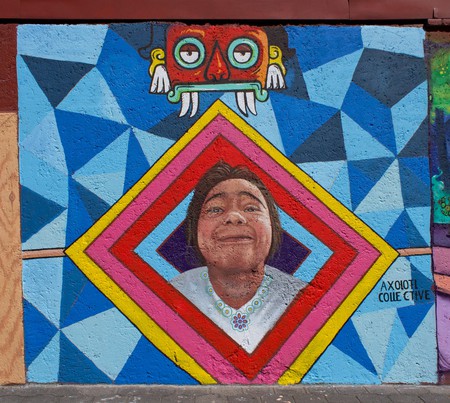 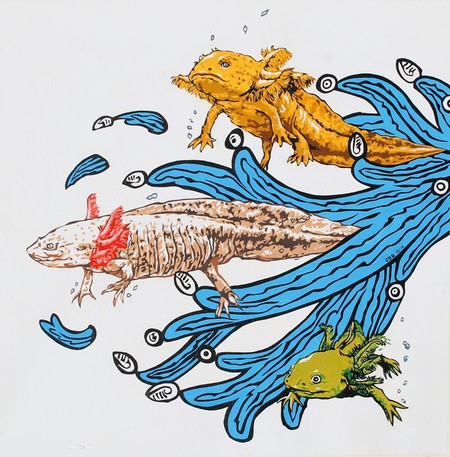 Originally from Michoacán, but now an internationally recognised name on street art circuits, since getting started in 2012 Curiot has displayed pieces across the USA, Canada and Mexico, not to mention Australia, Sweden and Germany too. His trademark artistic style is the development of mythical creatures covered in feathers, fur, and vibrant, geometric patterns often inspired by pre-Hispanic culture. Pastels feature heavily too, as do representations of god-like figures.

Mexico-based visual artist Paola Delfin is one of the few female street artists from Mexico, but easily one of the best known globally – her largest work to date is Refugio in Ukraine and she recently exhibited in the US. Her fabulous works of art, which draw on the simultaneous fragility and strength of feminine figures and female faces, can also be found in her hometown of Mexico City. With a notably distinct style, her often monochrome pieces are neo-contemporary and illustrative in feel.

Tokyo, Japan. 2017. Quick wall for my friend @jinkinoko thanks so much for your kindness! Also thanks to @findac to introduce this great guy to me 🙂 see you soon my friends! Arigato ありがとうございます

Another quick mural i did few weeks ago on my trip to Tokyo, this one comissioned by @satoshi_maru84 and his lovely mother, thanks Greg Roustel for the introduction and good times! Arigato

Prolific street artist Farid Rueda is well-known for his kaleidoscopic artworks of animals that litter the streets of the Mexican capital and the markets of Paris. Attention to detail and a hint of the fantastic are his trademarks across pretty much all of the towering mural-sized pieces he produces, as is an often-underlying social commentary on politics and indigenous peoples. Aside from Mexico City, his pieces have also brightened up the streets of Bogotá to Hannover, to name but a few locations.

Lulu is in da House! I could make the portrait of this lovely doggie at @lacabanedeperols, thanks to the support of @lemurdeperols #france #Pérols #Montpellier #chien #streetartmontpellier #streetart #faridrueda

"(MY) 4 SEASONS" One of my favorite projects of April, was the realization of these 4 murals for @lacabanedeperols special thanks to @lemurdeperols for the support and make it possible #dog #parrot #lion #duck #PRINTEMPS #summer #Autumn #winter #Pérols #france #Montpellier #faridrueda

"CANELUPO" Great shot of @gilberto106 of the mural I made for #wabihostel in Playa del Carmen, if you have time check the account of this photographer and you can find awesome streetart. #playadelcarmen #Mexico #faridrueda

An inspiration to the aforementioned Farid Rueda, Mexico City native Lesuperdemon is one of the most recognisable names in the business, and is known for works that show much attention to detail as well as a fascination with geometry. Complex patterns in combination with vibrant colours characterize his works, as does a preoccupation with the cyclical nature of life. His interest in Euclidian mathematics also shines through, as does a tendency for whimsy with boggly cartoon eyes. 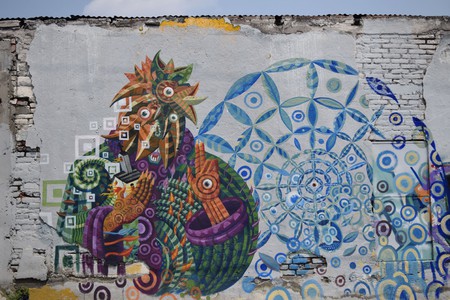 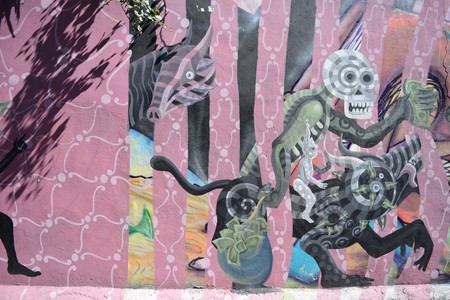 A long-time artist – he’s been working on honing his talents for over fifteen years – Tellaeche studied art in Luxembourg before returning to Mexico to grace the city with his colourful, pastel masterpieces. They’re characterised by a kind of indefinable make-believe vibe, featuring people, but also fantastical figures straight from the pages of a storybook. He’s worked both in Mexico and abroad and has partnered with several international brands, such as Adidas, Amnesty International and Nestle.

My custom made convers celebrating the last mural we did in NY Walls are 4 Murals! #letsmoveforwardtogether www.100daysmural.com

Murals in the Bronx 2014 @lehmancuny #nyc

Meiz was recently featured in a Brooklyn Street Art exhibition alongside a number of other Mexican muralists, and back in 2012 he collaborated with Nike. In Mexico City, he’s perhaps still best-known for the series of Star Wars murals that he worked on in partnership with fellow street artist Noble though, a project which was a clear demonstration of their exquisitely realist styles. As well as showing off his work in Mexico, Meiz has also had his artworks on display in France, Germany and the US.

Based in Tijuana, Bebo (yes, like the now defunct social network) studied philosophy and fine art before stumbling upon the world of street art as a student. He now dedicates his time to creating intricate murals that predominantly feature foxes – he claims to like them for their symmetrical features and triangular faces. Alongside painting these feline creatures, Bebo has worked in partnership with Carolina Herrera and Alejandro Jodorowsky, and exhibited work throughout Mexico, Spain, Germany and the US.

The multitalented Luis Enrique, a.k.a. Smithe, has predominantly exhibited in his hometown of Mexico City but also in various other locations throughout the US. In fact, his largest mural to date was produced in New York. Now focusing his talents more on psychedelic, trippy canvas paintings, it was actually a love of sculpture that led him into the world of street art in the first place, and many of his pieces have a distinctly comic book aesthetic.

Thanks to everyone who bought a copy of TENFOLD, they are ready to send. Each one has a small gift. / I decided to put the 20 A/P available at my online shop. LINK IN BIO

Seher One‘s accomplished artworks are frenetic, busy and seem perpetually in motion, relying on a somewhat muted colour palate contrasted against crisp, defined lines to add to the overall effect. Geometry features heavily in his pieces, as do Mexican symbols such as the snake and the eagle, alongside other animals. Away from wall murals, Seher One has worked with brands like Nike, Comex and even New Era (in collaboration with the aforementioned Smithe).

Last month I was working on this nice mural, I still do not have a final photograph, but I will share them as soon as possible. 📸 @sublimetwentyfive @deathsquadmx #seherone / El mes pasado estuve trabajando en este lindo mural, aún no tengo una foto final, pero se las compartiré a la brevedad.