Over the past few decades, Mexico City has made headlines for crime and violence, but that shouldn’t overshadow the world-class cultural and historical experiences it can offer to travelers. Of course, as with anywhere, it is still essential to have your wits about you while traveling around the country’s capital, so here are our top 10 tips for staying safe while there.

Use public transport during the day and private transport by night

The public transport system in Mexico City is chaotic and crowded but very affordable, and using it will certainly give you a taste of local life. However, the UK Foreign Office website states: “Be particularly alert on public transport, at airports and in bus stations,” and warn that women should be especially careful. Women should take advantage of the “female-only” carriages available on the Metro whenever possible.

At night, especially if you’re travelling alone, you shouldn’t hesitate to order a taxi to get from one place to another. Use sitio taxis from authorised cab ranks, or ask your hotel to order you a car,rather than hailing one down on the street. While in the cab, always make sure that your driver is using their taximetro to ensure you pay the correct fare.

Having some knowledge of basic Spanish will help you immensely on your trip. Mexico City is neither Cancún nor Puerto Vallarta, and the number of people who speak English fluently or near fluently is far lower than in both those places. Learning some basic phrases, therefore, will make you seem far less ignorant and will help you navigate your way around. 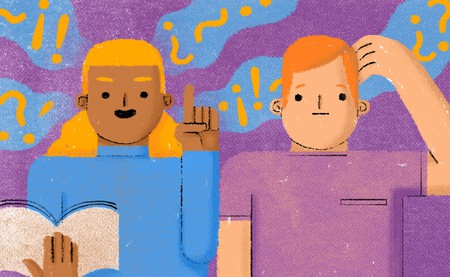 Exercise caution in certain areas of the city

Some neighborhoods in Mexico City are considered more dangerous than others. Tepito, a barrio located in the Cuauhtémoc borough, is one, as are the areas of La Lagunilla, Mercado Merced and Doctores. Outlying barrios like Ciudad Neza and Iztapalapa have also developed dangerous reputations. Stick to well-lit, central streets while in these areas and try to avoid them at night.

Be cautious with your cash

This encompasses everything to do with money and cash-carrying while in Mexico City. Obviously, don’t carry around every peso you brought with you. Only carry what you’ll need for the day and preferably in two different locations; for example, take 200 pesos in your purse and another 200 in an inside pocket. Take care when withdrawing money, too. “It’s generally safer to use ATMs during daylight hours and inside shops or malls,” says the UK Foreign Office.

Be careful with the cuisine

Mexico has a reputation for excellent street food, but you should always choose wisely. To avoid getting ill, stick to the stalls that have people flocking to them, especially if those people are locals. That way, you know they’re reputable and affordable. It is also considered best practice to avoid drinking the tap water in Mexico City and stick to bottled instead. 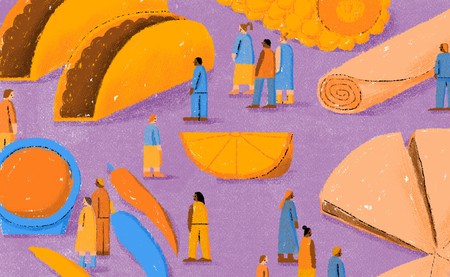 This kind of goes hand in hand with the previous point, but don’t make yourself an obvious target. Keep jewellery to a minimum—no flashy earrings or designer watches—and please carry your camera in a bag rather than slung round your neck. That DSLR probably set you back a chunk of money, so you wouldn’t want to have it snatched within your first few hours in the city. Keep wallets and purses out of pockets that are in easy reach, as cramped, rush-hour Metro travel will see them swiped in the blink of an eye.

This is a crucial piece of advice for anyone traveling in a foreign country, whether it’s Mexico City or elsewhere. Keep a list in both your phone and on a separate piece of paper of all necessary numbers. In Mexico City, the police can be reached by dialling 911 and ambulances and fire services are available on 066 or 080, although it’s worth adding that you’ll need to know Spanish to communicate with any of these services. You should also carry the number of your home country’s embassy with you, as well as any personal emergency contacts.

Many travelers come to Mexico City expecting the tropical weather of Cancún, and while the country is definitely not cold all year round, you should make an effort to do as the locals do. Try not to wear shorts, sandals and vest tops when everyone else is in jeans and jumpers. That’s not to say you need to be uncomfortable, just don’t dress for a day at the beach when you’re actually just exploring the city. 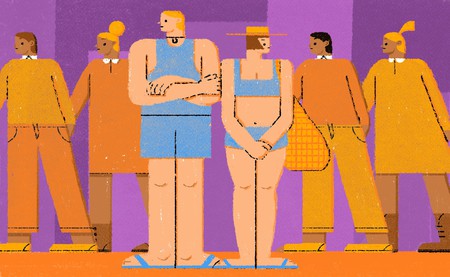 If something does happen, don’t fight back

If you are unlucky enough to be mugged or, worse, kidnapped while in Mexico City, you should never resist. On this topic, the UK Foreign Office says:

“Short-term opportunistic kidnapping—called ‘express kidnapping’—can occur, particularly in urban areas. Victims are forced to withdraw funds from credit or debit cards at a cash point to secure their release. Where victims have friends or relatives living locally, a ransom may be demanded from them. You should comply with requests and not attempt to resist such attacks.”

As frustrating as it might be, you should allow your attacker to take the possessions they want. Purses, phones and money can all be replaced, and they are not worth risking your safety for.

It is important to note here that you should invest in decent travel insurance that covers all these eventualities before setting off on your trip.

Keep copies, not originals, of important documents with you

It’s always a good idea to keep a copy of your passport and visa with you at all times. However, instead of carrying the original, which, if lost, could cause some serious problems at airport immigration, just take a decent-quality photocopy instead. If anyone asks to see your documents at any point (unlikely, but it sometimes happens), show them the photocopy and explain the original is at your hotel.