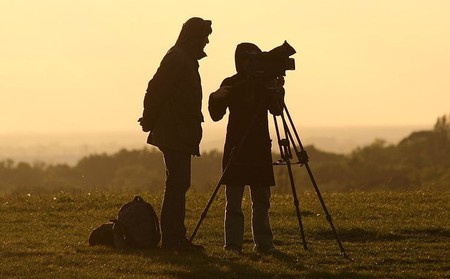 Following the release of Guillermo del Toro’s stunning feature The Shape of Water, which is nominated for 13 Oscars this March, the world’s attention is once again on Mexico’s incredible filmmaking talent. For nearly two decades, critics have spoken of a “Second Golden Age of Mexican Cinema.” Unlike the films of the first “Golden Age” that spanned from 1936 to 1959, the Mexican filmmakers of the second wave have finally broken into Hollywood and have directed numerous US productions after early successes at home. With that in mind, here are the best films (both Mexican and Hollywood productions) associated with the Second Golden Age of Mexican Cinema.

Alejandro González Iñárritu’s modern classic is commonly regarded as the film that kick-started a new “Golden Age” in Mexican cinema. Best known as the film that introduced the world to Gael García Bernal, the gripping thriller focuses on a car accident in Mexico City that brings three very different citizens together. Horrifying dogfights punctuate the narrative and serve as a powerful metaphor for the rough dog-eat-dog nature of the Mexican metropolis.

Guillermo del Toro’s third feature film, The Devil’s Backbone, is a haunting gothic thriller set during the Spanish Civil War. The complex tangle of plotlines unfurl to offer a dark vision of childhood during a time of war. The film received a very positive reception from critics and paved the way for Del Toro’s later commercial success.

Alfonso Cuaron’s 2001 hit, Y Tu Mamá También, is a steamy love story about two best friends who embark on a road trip with an older Spanish woman. The sharp, witty dialogue and fun tone are backed by the more serious presentation of inequality and political corruption in Mexico. The chemistry between the two co-stars Gael García Bernal and Diego Luna reflects their real-life, off-camera friendship.

Guillermo del Toro’s 2006 feature established his worldwide reputation as a groundbreaking director. El Laberinto del Fauno (Pan’s Labyrinth) tells the story of Ofelia, a young girl growing up during the Spanish Civil War. In the midst of the bloodshed, Ofelia discovers a magical, supernatural world that provides relief from the horror that surrounds her. A haunting and highly original film that is worthy of several viewings.

Iñárritu’s first Spanish language feature since Amores Perros is set in the rundown outskirts of Barcelona and stars Javier Bardem as a streetwise hustler who can speak to the dead. Far from the picture-perfect Barcelona of the postcards, Biutiful portrays the city’s dark underbelly: a world of crime, drugs and violence. The film received two Oscar nominations in 2011 – Best Actor for Javier Bardem and Best Foreign Language Film.

Alfonso Cuaron’s 2013 blockbuster Gravity is still his most successful film to date. The visually-stunning feature stars Sandra Bullock and George Clooney as astronauts who are forced to return to earth after their space shuttle is destroyed. The film was released to five-star reviews and won seven Oscars in 2014.

Birdman or (The Unexpected Virtue of Ignorance)

Iñárritu’s black comedy Birdman won four Oscars in 2015 and was celebrated by critics. Starring Michael Keaton as a struggling actor determined to mount a Broadway show, the film was most noted for the work of Emmanuel Lubezki. The visionary cinematographer arranged for the film to appear in one long, single shot and was awarded a second consecutive Oscar in 2015 (his first was for Gravity the previous year).

Del Toro’s 2015 gothic fantasy is compulsive viewing for anyone with a love of horror. The visually astounding film tells the story of Edith Cushing – played by Mia Wasikowska – an American heiress who is haunted by the dark, terrifying ghost of her mother. With its ornate sets and unusual camera angles, some critics felt that the film was visually overdone. Yet fans of Del Toro will find plenty to love about the macabre melodrama.

Iñárritu’s 12th feature film stars Leonardo DiCaprio, and was noted for providing the actor with his long overdue Oscar in 2015. Emmanuel Lubezki received a third consecutive Academy Award for his cinematography. The epic western centers on Hugh Glass, a trapper looking to find his fortune in the American frontier. During one hunt, Glass is mauled by a Grizzly bear and left for dead in the wilderness.

Del Toro’s latest film has received a very positive reception from critics and is nominated for no less than 13 Oscars. The film centers on Elisa, a mute cleaner, and her love interest, who happens to be a finned creature that lives underwater. As with all of Del Toro’s films, The Shape of Water is visually sumptuous, and touches on fascinating and original themes.