Mexico City’s colors, chaos, and charm have enticed many creative minds to create their masterpieces among its streets. Whether foreign or home-grown, artists, writers, and photographers have drawn on Mexico City to help their creative juices get flowing, and have often set stories and paintings within its world. Here are just a handful of the many artists who have been inspired by Mexico’s grand capital city. 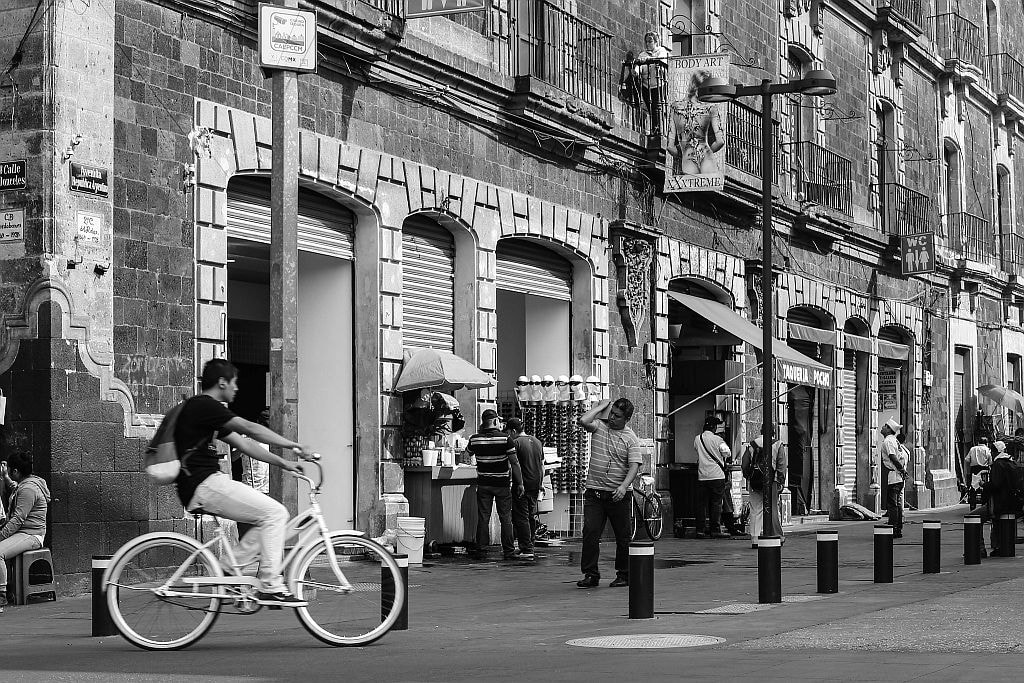 Kati Horna was a Hungarian photographer who came to Mexico City to escape World War II. She worked on dozens of local magazines including S.nob and Anita Brenner’s Mexico this Month. Her work looked at aspects of everyday life and the people in it, whether she was shooting for the Republicans in Spain in the 1930s, or on the streets of Mexico City in the 1940s. Horna also became known for her portraits of the avant-garde artists of Mexico City at the time. Germán Cueto, Pedro Friedeberg, Alejandro Jodorowsky, Mathias Goeritz, and Leonora Carrington all had their portraits taken by this talented visual artist.

Leonora Carrington is a much-loved Mexico City émigré whose work can be found all over the city. Though she was born in England, she came to love Mexico City as her own home after moving here in 1942. Carrington’s work was deeply influenced by the other artists that surrounded her life in Mexico City – Remedios Varo, Kati Horna, André Breton, Benjamin Péret, Alice Rahon,  and Wolfgang Paalen. Her mature work was shaped by the imagery and animals of her childhood in England, as well as her study of the occult in Mexico and Latin American folklore and its symbols. 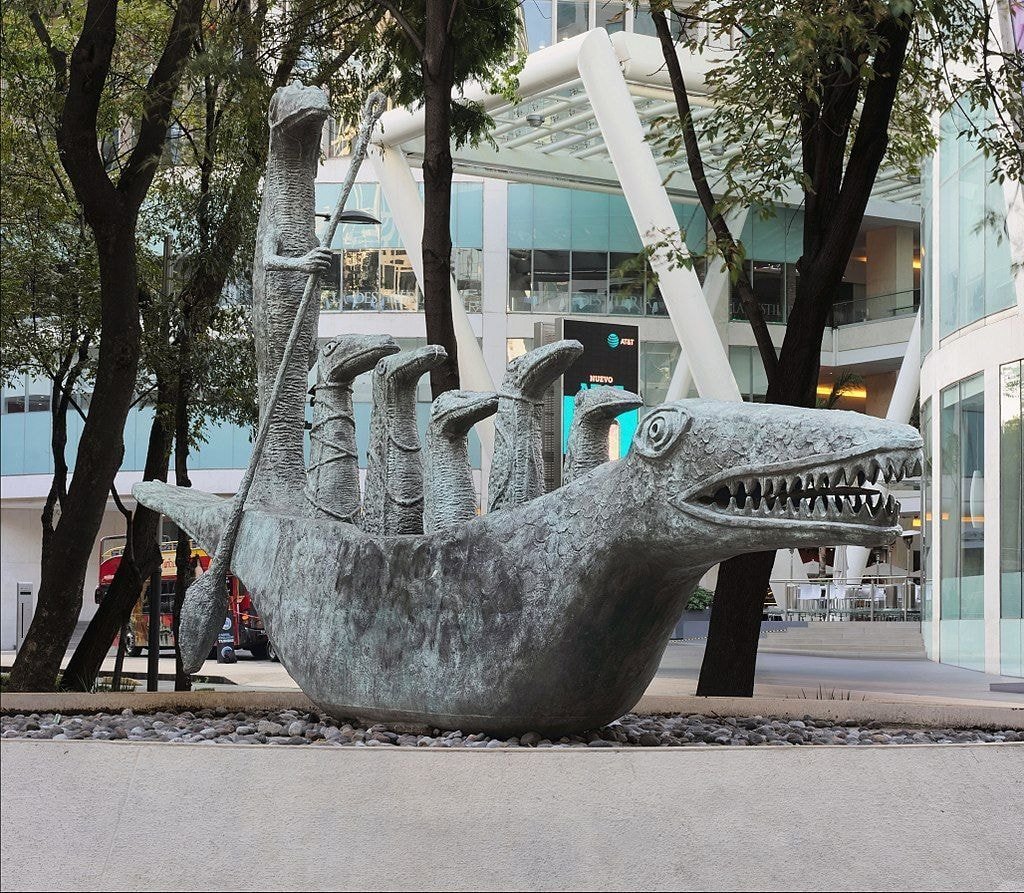 Considered one of the most important figures in 20th century Latin American photography, Bravo was born and raised in Mexico City. His work used the streets of the city and its urban landscape to project a different kind of Mexico than what viewers were accustomed to seeing. Bravo refused to represent the familiar kitschy images of Mexico and Mexican life, and instead strove to present scenes that were ironic, irreverent and real. He was a major influence on Mexican photographers Nacho Lopez and Héctor García Cobo, who would go on to capture the changing urban dynamics of Mexico City over the next century.

Mata Rosas might just be Mexico’s most well known contemporary photographer. He worked as a photojournalist on Mexican newspapers in the ’80s and ’90s, and since that time has continued to capture the attention of the world with his fresh and faithful depictions of life on the streets of Mexico City and beyond. Inner-city reality, urban tribes, popular religious cults and the grit of the country’s capital and beyond are some of this photographer’s specialities. He recently became curator at the Foto Museo Cuatro Caminos, now one of the city’s foremost photography museums.

Adopted as a Mexico City daughter by many, Remedios Varo spent the most productive of her years in Mexico City, living in Colonia Roma in the heart of Mexico’s capital. Fleeing Paris and the Nazi invasion of 1940, Remedios arrived in Mexico City with her lover Benjamin Péret, a surrealist poet. She didn’t start producing her best work until several years later, when she married Walter Gruen, and the financial stability that that brought allowed her to focus solely on her work. Mexico City’s Museum of Modern Art has the largest archive of her work in the world.

Also a photojournalist, Lopez was one of the first Mexican photographers to create series of photos, or “photo essays,” for a local magazine he worked for. His shots as an independent artist were often staged to see the reactions of regular passersby, and one of his most famous is of a beautiful Mexican woman passing various groups of men on the streets of Mexico City, much like the Ruth Orkin’s “An American Girl in Italy.” Lopez’s work still inspires viewers with its ironic and playful representations of his hometown.

An Irish impressionist who became a Mexican citizen in 1999, Phil Kelly was able to describe Mexico City visually in a way that made the chaos and malaise of the sprawling urban landscape look like a brightly colored wonderland. He was particularly fond of Mexico City’s VW taxis and its hodgepodge skyline of buildings. His work has now been exhibited all over the city in such honored settings as the Museum of Modern Art, the Museo Universitario del Chopo, and the Palacio de Mineria. It is said that he walked every day to the Plaza Melchor Ocampo from his house in the Verónica Anzures neighborhood, to paint in a workshop that he owned there.

O’Gorman was a famous Mexico City painter and architect. His architectural work was influenced by Walter Gropius, Le Corbusier, and Frank Lloyd Wright. He not only built some of Latin America’s most important functionalist buildings; he was also a muralist. He became very good friends with Frida Kahlo in school, and one of his earliest buildings was a house-studio that he designed for Kahlo, with a high bridge connecting the two separate buildings. As a muralist, one of his best-known pieces is on the side of the National Library on the UNAM (National Autonomous University of Mexico) campus. He designed many other such collaborations of public art and public buildings throughout the city. 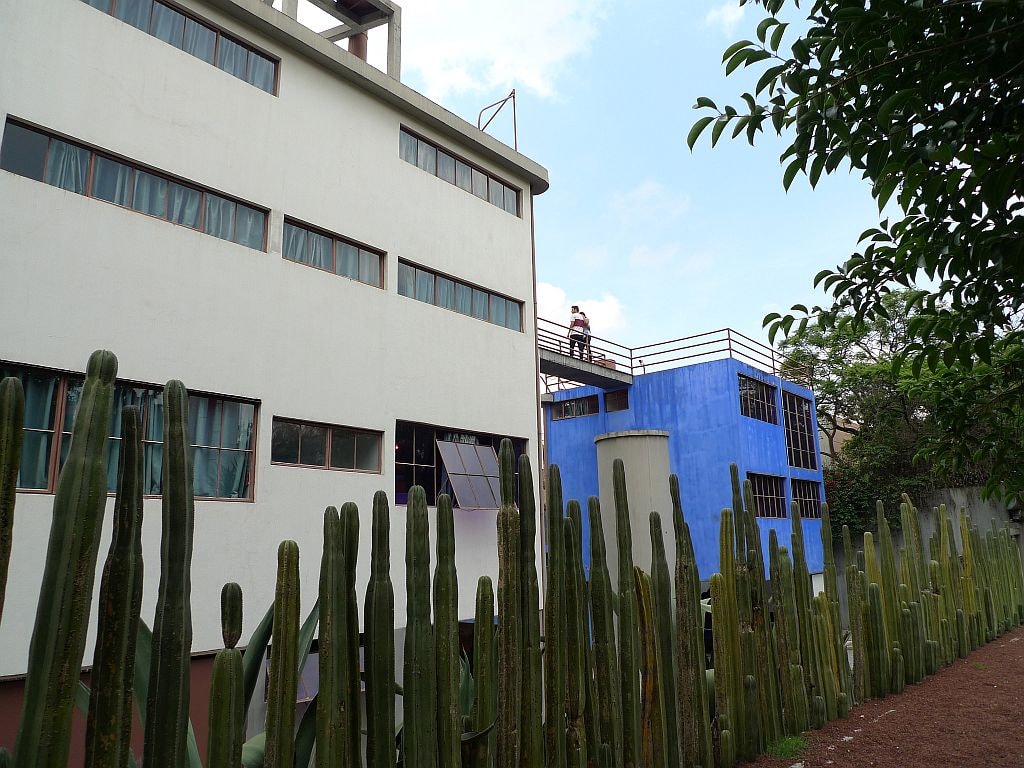 Garcia Cobo was born and raised in Mexico City, hailing from the Candelaria de los Patos neighborhood in the older part of the city’s centre. He was a bit a juvenile delinquent, but found his salvation in photography and worked as a photojournalist for various magazines and other publications in and outside of Mexico. He had an irreverent attitude towards the city’s elite classes, often framing his shots in a way that would mock them. He was also very interested in chronicling the lives of the city’s masses and their daily reality.

Tellache is an urban muralist whose work is constantly popping up all over Mexico City in the form of beautiful and detailed murals. His work has been displayed at some of the city’s well-known landmarks: the W Hotel, Delirio Cafe, the Palacio de Hierro, and Parque Mexico in Mexico City’s Condesa neighborhood. His work incorporates Mexican themes and has an ethereal beauty that goes beyond cultures. One of Mexico City’s leading street artists, Tellache not only intervenes in public spaces, but has involved himself in many local causes, donating his time and work to organizations such as No Sombrero, Arte Vivo, Oso Fredo, Fundación Rebecca de Alba, and the Va Por Mi Cuenta movement. 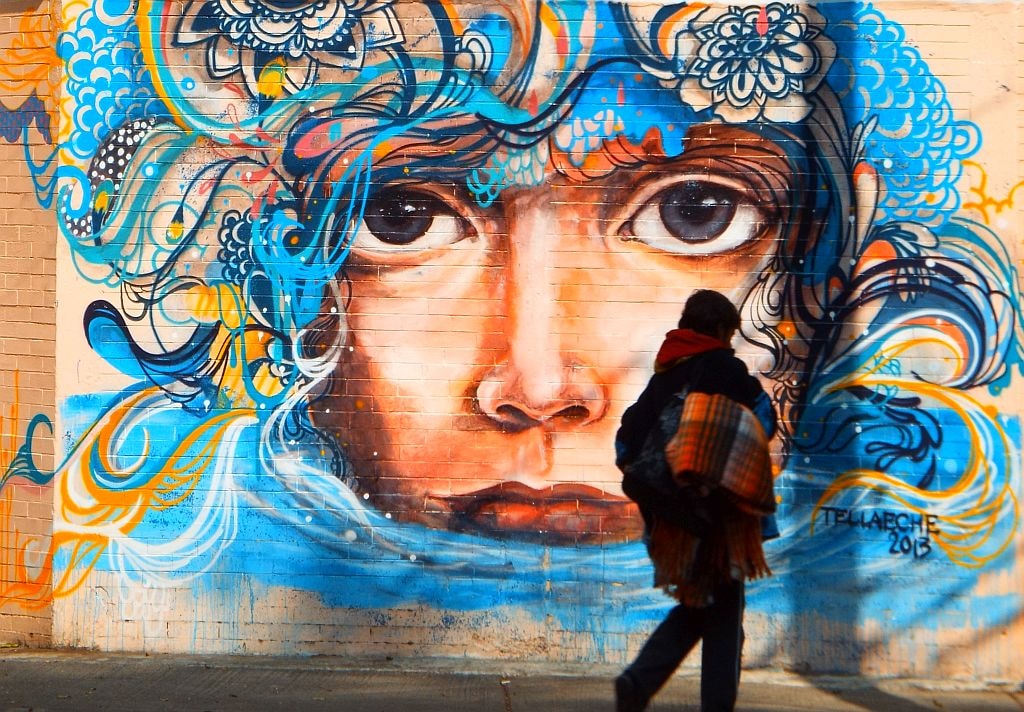