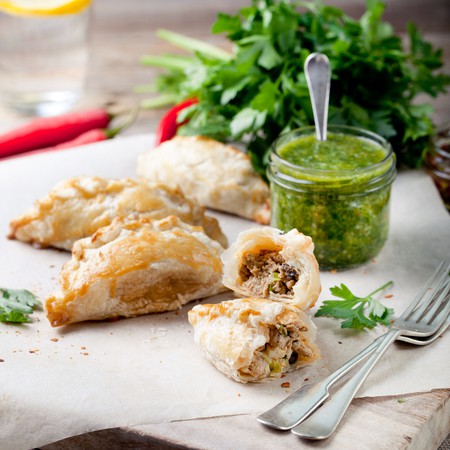 Cancún is the glamourous destination on the Mexican coast, with its white sandy beaches facing the crystal clear Caribbean sea. The idyllic views, combined with the eternal party atmosphere, create an exciting context for the outstanding restaurants that are based here. From dining in ancient caves to sampling contemporary Mexican fusions and Michelin-starred menus, we’ve updated our list of Cancún’s 10 unmissable restaurants and dining experiences. 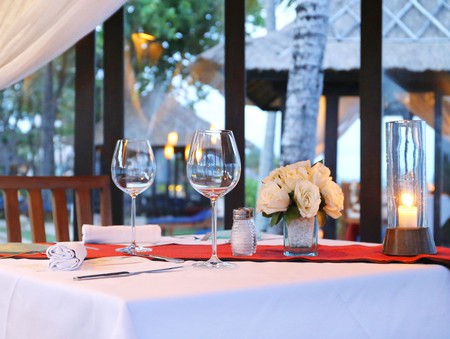 Tempo is a premier gastronomic hub run by Basque chef Martín Berasategui. Born in San Sebastián, Martin has established himself on the international stage with his own take on Basque cuisine. His most celebrated accomplishment is Restaurant Martin Berasategui, situated in Lasarte-Oria in Spain, which proudly possesses three Michelin stars.. The sophisticated art-deco design of the Cancún location is a tremendous setting that helps to set the tone for a special dining experience. In aiming to pay homage to Mexico as well as ultimately enriching Cancún’s foodscape, the menu is bursting with flavours as exemplified by the enticing mellow suckling pig terrine served with tatin of papaya and citrus purée.
Open In Google Maps
Km 16.5 Boulevard Kukulcan, Zona Hotelera Cancún, Quintana Roo, 77500, Mexico
+529988811790
Visit Website
Give us feedback

Du Mexique is an intimate French restaurant run by chef Alain Grimond and his wife Sonya. The restaurant used to be a house, so conceptually there is a dinner party approach to the proceedings, actively nurtured by the hospitable owners. They encourage you to structure your night accordingly by first enjoying the appetisers in the lounge, then to move on to the dining room where no more than 20 people at a time are served. Finally, to finish the night, it is advised that you move out to the La Pergola garden in order to enjoy dessert, as well as to drink in the views. Du Mexique’s space is small yet immaculate with walls adorning works of contemporary art. The menu showcases French cuisine infused with fresh Mexican ingredients bought locally.

Fantino, situated at the Ritz-Carlton Cancún, artistically brings to life the aromas of the Mediterranean coast in their exquisite dishes. The opulent dining room is an enthralling and romantic scene for those who are looking for somewhere unique to dine. In the dinner menu, you could engage with organic chicken piccata accompanied with creamy risotto, vegetables, black truffle sauce or Maine lobster lasagne served with fresh bean ragout and brandy cream. Meanwhile, there is also a six-course tasting menu specially prepared by the chef. Fantino is one of the few restaurants in the world to possess the AAA Five Diamond Award, so dining here is guaranteed to be an intoxicating experience.

Alux Restaurant finds itself in a 10,000-year-old cave, literally taking haute cuisine to its subterranean depths. Visitors descend down a flight of stairs to enter an open chamber that, to many, resembles entering a new, strange world. When the dinners sit down, they will notice that they are surrounded by stalagmites and stalactites dotted around on the walls of the cave. Meanwhile, the chef aims to engineer food that is befitting of this extraordinary setting, using unique ingredients such as huitlacoche, local gourds and lima in order to create dishes that evoke pre-Hispanic traditions. 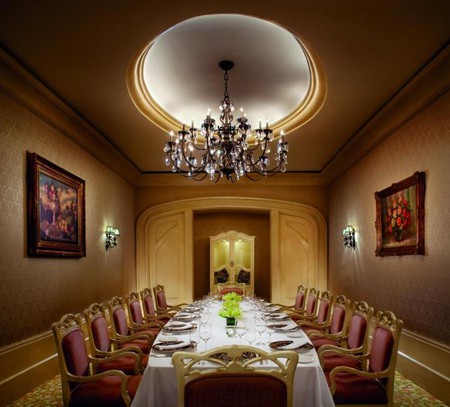 Churrasco is a form of grilled meat that is popular across South America, and particularly in Brazil. Bovino’s Churrascaria is intent on introducing this Brazilian fare to Cancún, celebrating a three-centuries-old Gaucho tradition from the mountainous area of Rio Grande Do Sul. Consisting of numerous connoisseurs of Gaucho cooking, the kitchen team uses cuts of meat such as Brazilian chorizo, pork ribs and skirt steak that are cooked arrachera style. Those who do not have such an appetite for big lumps of steaks, fear not: you can visit Bovino’s bar where you’ll be able to feat on shrimps, sushi, eggs, soups and salads.

In English, the name of the restaurant translates simply as ‘My Julia’. The owners Irma and Lupita Chavez, sisters from Guadarla, paint Julia – a fictional character – as a woman who enjoys the rhythms of life with her favourite Mexican drink: tequila. She also relishes the rich diversity of Mexican food that constantly stimulates the palate. The restaurant only opened in 2013 but is already an enormous success attracting the locals with its offering of contemporary Mexican cuisine. Julia Mía‘s menu is thorough, encompassing all the best recipes from Mexico: for example, you can order fried blue corn tortilla served with black beans, mango guacamole and red onions with habanero chili. Diners also get a chance to hear live music, including the popular mariachi band.

La Habichuela is one of Cancún’s best-loved restaurants thanks to its award-winning Latin Caribbean food. Indeed, it specialises in seafood such as the classic lobster tail cooked in pre-Hispanic style – seasoned with achiote. La Habichuela can be found in two parts of Cancún: the original venue is based in a downtown location while the other one possesses expansive outdoor dining and spectacular views overlooking the lagoon. Both restaurants pay tribute to Mexico’s Mayan heritage when it comes to the décor, with Mayan-inspired pieces of art and accessories. Ultimately, La Habichuela is a hive of activity in the evenings, as diners flock here to soak in the sunset in the gorgeous setting. 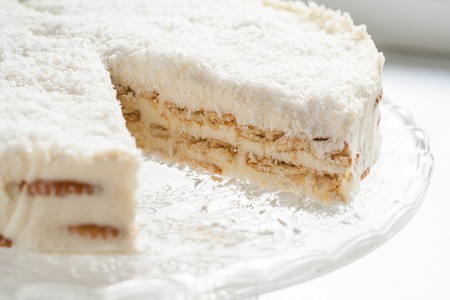 On a piece of coconut cake plate | © TanaCh / Shutterstock

La Parrilla can call itself an institution in Cancún, for it has been resolutely providing locals and visitors a taste of traditional Mexico since 1975. The venue buzzes with energy, combining art with tequila and mariachi music; a convivial family restaurant, it exudes charm with its colourful décor, while its hacienda-like spaces remind visitors of old Mexico. However, the food is the main attraction here: La Parrilla’s tacos al pastor with spit-cut chunks of meat is a popular choice for dinners, as are its flame-grilled meats and selection of desserts such as bananas flambéaccompanied by rich ice cream.

Le Chique at the Azul Sensatori Hotel by Karisma delivers a dazzling form of avant- garde cuisine that can be sampled via an exclusive 12-course tasting menu. At the helm is El Bulli-trained Chef Jonatan Gomez-Luna, who specialises in molecular gastronomy thereby endeavouring to offer an original experience for the lucky dinners. Le Chique, situated on a spectacular oceanfront location, is a serial awards collector, including acquiring the much-coveted AAA Five Diamond award this year.

Puerto Madero is a waterfront barrio based in Buenos Aires, yet its name has become synonymous with this well-respected chain steakhouse: Puerto Madero Cancún brings the best of Argentinean meat and seafood to Mexico. The restaurant on Boulevard Kukulcan provides a remarkable view over the Caribbean thanks to its outdoor terrace seating. Of course, the centre piece is the Argentine-style wood- grilled steaks, yet if you are looking for a specific recommendation then the best bet would be to go for the Surf and Turf Puerto Madero – served with Maine lobster and prime tenderloin. 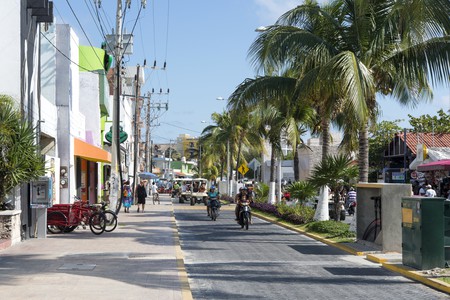 © ppart / Shutterstock
Give us feedback