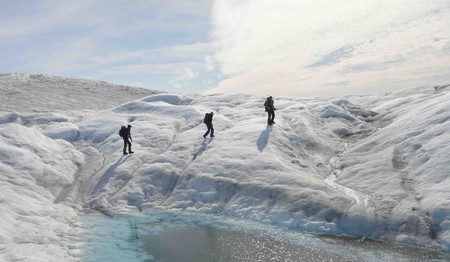 The summer sun never sets on Greenland’s desolate landscape. Here, glaciologist Joseph Cook explores how one of the world’s tiniest lifeforms could hold the answers to the biggest questions facing us on global climate change.

Every year, Joseph Cook spends months camping in one of the most perilous environments on Earth. A glacial microbiologist, Cook studies the effects of climate change on Greenland. It’s so isolated that the remotest corners of the island’s ice sheet, a vast frozen body roughly seven times the size of the UK, are accessible only by helicopter. 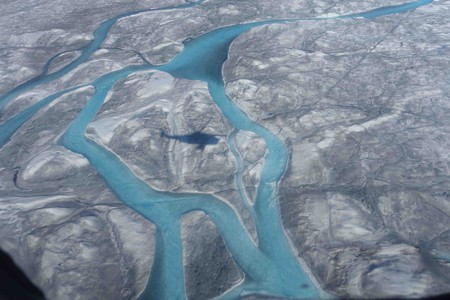 “It’s like stepping onto the moon; it’s a landscape like nowhere else on Earth,” Cook says. “You can see for hundreds of miles in every direction. You expect that it’s going to be white and boring to look at, but it’s not – there are giant channels, rivers and lakes that cut into the ice. “The sun doesn’t set during the summer months – it just swings along in the sky and bounces in the horizon, giving off long shadows and golden sunlight. There are hummocks and hills and colours – neon blues, deep purples, something called cryoconite, which looks like soil but is jet-black.”

It’s these unexpected colours – in particular, a long, dark stripe running along a stretch of the country’s coastline – that first piqued Cook’s interest in the frozen tundra. “When you look at photographs of Greenland from space, you can see that all the way down the western coast is a stripe of darkness that emerges every summer,” Cook says. “No one knew what it was, but it was clear the ice there was melting faster than elsewhere.” 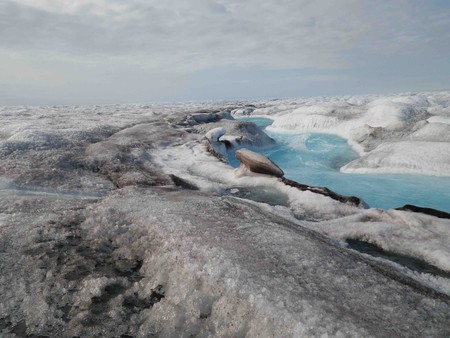 If Greenland’s ice sheet were to melt entirely, it could raise global sea levels by more than seven metres (23 feet), flooding both Miami and Lower Manhattan. But, as Cook explains, even a partial melt would have dire consequences. “Any increase in the ice melt is a big problem,” he warns. “Even a very small amount of sea level rise can threaten millions of lives in coastal communities around the world.”

Flooding is not the only possible consequence. A complete melt would release carbon dioxide, raising atmospheric levels of the gas and further warming the planet. Just as worryingly, a melt would turn the ice’s huge reserves of methane clathrates – solids originally thought to exist only in the outer reaches of the solar system – into a greenhouse gas. Scientists created models to predict how much sea levels would rise over time in a bid to help coastal areas prepare, but these models didn’t take into account the higher melt rate of Greenland’s black ice – a phenomenon Cook was among the first to identify. In the race to protect humankind from climbing global temperatures and catastrophic flooding, understanding the cause of this acceleration is critical. 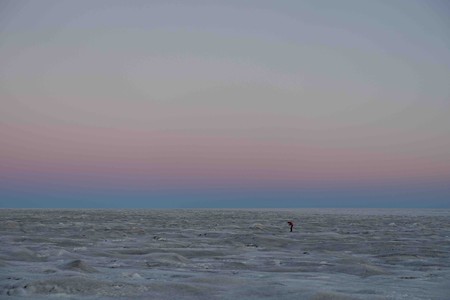 Cook’s journey towards solving this Arctic mystery began in childhood with a microscope, a gift from his father that sparked a fascination with science. Between 2008 and 2012 he completed a PhD in glacial carbon cycling at the University of Sheffield; the city lies nestled against the rocky ridges of the Peak District National Park, where Cook developed an obsession with rock climbing. A year of scaling peaks around the world followed and, after that, a few years of university lecturing back in the UK. Then, in 2016, Cook earned a spot in a postdoctoral research team in Sheffield with a grant from the Natural Environment Research Council (NERC) to investigate Greenland’s peculiar melting ice sheet.

To prepare for life in the Arctic, Cook and his team underwent coaching, including a year of rifle training – in case of run-ins with hungry polar bears – before setting off to the remote “dark zone”. He was already familiar with Greenland, having travelled there as frequently as five times a year since 2010, camping out “in the same type of tent you’d take camping anywhere”. On his most recent journey, an iceberg weighing more than 10 million tonnes floated into the harbour outside the island settlement of Innaarsuit, close to the researchers’ departure point. When a chunk broke off and sent waves rippling through the village, its residents were evacuated due to fears that a larger break-up could trigger a tsunami-like wave. The helicopter that was meant to transport the scientists to Greenland’s remote northwest was put on standby for search and rescue, leaving the group stranded in the village. It was nearly four weeks before the helicopter could ferry them to the ice sheet, and they could set up camp on the frozen terrain. 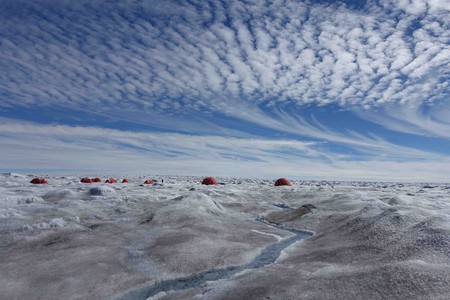 Having analysed samples, taken spectral measurements and used satellites and drones to get a better understanding of the land mass, the research team concluded that the ice’s discolouration was the result of microscopic algae growing on its frozen surface. “Algae produce pigment, basically as natural sunscreen, to protect them from getting sunburnt,” Cook explains, “but the side effect is that they turn the ice a dark brown-grey.”

As the algae bloom, the soil-like cryoconite – tiny particles of dust and soot from wildfires and combustion – blows across the Arctic and insulate the ice below, compounding the algae’s growth and intensifying the surface’s hue. While the effect alone doesn’t cause climate change – Cook stresses that human-made carbon emissions are to blame for that – the algae and cryoconite act as “amplifiers”, absorbing the sun’s heat and accelerating the melt.

To raise awareness of the threat the melt poses, Cook founded Ice Alive, an organisation dedicated to innovative communication of polar science and the promotion of emerging scientists, artists, writers and musicians working on related themes. He’s recently worked with composer Hannah Peel to create a film profiling Greenland’s stunning landscapes to help bring the power, beauty and vulnerability of Earth’s ice and snow to a global audience. 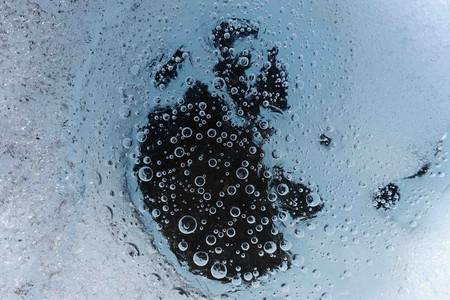 But “solving” the problem that Cook and his team have identified is not as simple as it might seem. “People tend to say, ‘Well, shouldn’t we just kill the algae or wash them off?’ First, it wouldn’t work, and second, the downstream ecological consequences are uncertain and could be catastrophic.”

Algae are a source of nutrients and carbon for oceans and lakes. “To kill them we’d have to introduce some kind of artificial biocide to the ice surface, which would wash off to downstream lakes and oceans,” Cook says. “And, because the ice surface isn’t solid, and is more like a giant sponge, we’d have to have a continuous application of some kind of biocide because a lot of what we’d spray on would just immediately flush through. To me, it seems like an ecologically irresponsible thing to do.”

The better option, in Cook’s opinion, is to start working on what caused the Greenland ice sheet to begin melting in the first place: human-made carbon dioxide emissions that have brought about climate change.

“It’s frustrating, as a scientist, to see that there’s a huge pile of data, and we can keep adding more to the pile – but if people are ignoring the whole pile, then, to an extent, what’s the point?” he muses. “The algae simply amplify whatever our effect is. If we’re warming up the atmosphere, they’re growing more. If we start to cool down the atmosphere, they’ll grow less. A more sensible way forward is to combat the root cause of the climate change, rather than try to eliminate one of the cogs in the giant machine.” 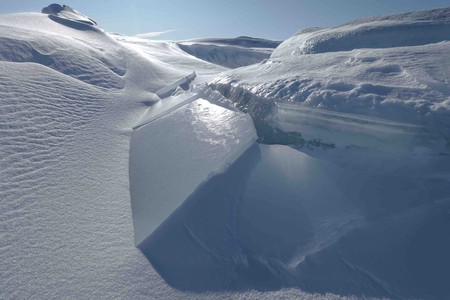 Cook seeks to bring the power, beauty and vulnerability of Greenland's ice to a wider audience | © Joseph Cook
Give us feedback