The Big Arctic Culture Guide To The North Pole

The Arctic Circle is an icy sheet often neglected by travellers, as even the most seasoned explorers think of it as desolate and unwelcoming. The reality, however, is much different, with plenty of natural wonders, excellent cuisine and an interesting and welcoming culture. We explore 10 of the best things to do in the Arctic Circle, from art in Nuuk to Greenlandic food in Qaqortoq and the colourful town of Kulusuk. 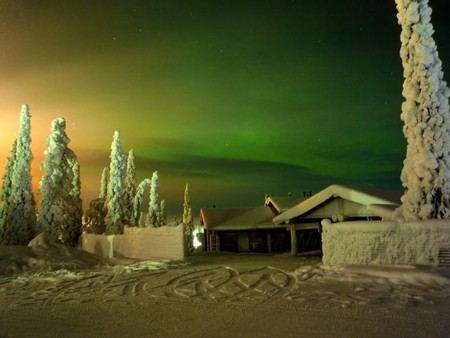 Throughout the centuries there have been various theories propagated and elaborated on by natives of the North Pole to explain away the Northern Lights: the spirits of the deceased playing football, premonitions of famine or great disasters, indicators of the spirits of giants, and more. The true reason, revolving around particles from the sun colliding with other gases in an explosive synthesis, is no less magical. Southern Greenland is one of the best places in the Arctic to see the lights, and if it’s a clear night as far away as possible from major towns, then around midnight there is a good possibility of a natural light show.

One of the main art museums of Nuuk, Greenland’s largest city, is the Nuuk Kunstmuseum, a unison of the country’s modern painting and sculpture, with a strong presence of traditional artistry and national identity. The 400-square-metre gallery is housed in the old adventist church of Nuuk, encompassing the former house of artist and pastor Niels Lynge, who painted the walls in vibrant shows of Greenlandic activity, which live on as primitive graffiti. The main collection comprises pieces owned by the Junge Pedersen couple, Svend and Helen, who donated their collection to the municipal museum. 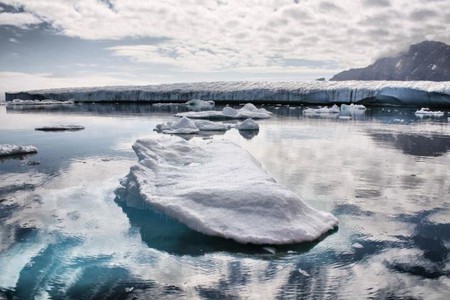 Greenland’s ice is picking up speed, as one of the country’s main glaciers (the one thought to have spawned the deadly iceberg that sank the Titanic) has become the fastest-moving structure of its kind, getting up to 17 kilometres per year. Glaciers are mammoth masses that stretch beyond the imagination’s limits and which, in Greenland, stem from the ice sheet covering most of the country. Excursions can be done by car, boat, plane or on foot for the bravest. Crevices and pinnacles dot the landscape of glaciers and ice rivers, which can hide under snow or protrude under cover of night-time, equating to a treacherous terrain which is best discovered with a qualified guide. 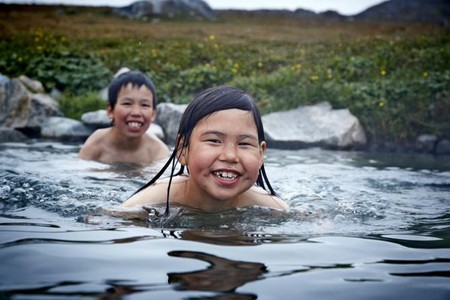 The inhabitants of the elusive country of Greenland number a mere 56,000 – there are fewer people than there are seals (two million, approximately) and yet the human inhabitants represent a large number of backgrounds and anthropological influences: inuits, paleo-eskimos, Norse settlers, Portuguese explorers and Danish immigrants. All those that settle on this icy island adapt to the territory that surrounds them, and, as such, have developed a way of life that is in tune with the nature around them, and which depends on the island’s scarce flora and fauna. 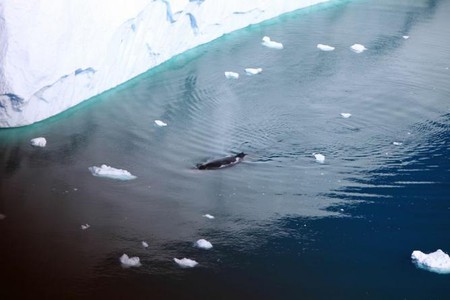 From whaling to whale-watching

The irony of whales in Greenland is that their preciously conserved status in the waters surrounding the country is due to the hunting, which recently brought them to near-extinction. The whaling trade continued to thrive until 1986, when the practice was finally banned, with an exception made for indigenous communities, who were permitted to continue with their subsistence whale hunting. There are around 10 different species to be spotted in the waters surrounding Greenland, including humpback, sperm, beluga and killer whales. Excursions to spot them are commonplace and although they require patience, the reward is astounding. 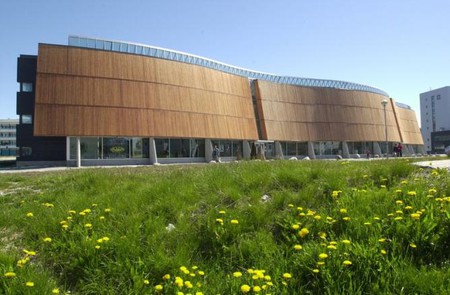 For those in search of contemporary art, culture and architecture, Katuaq is the prime stop-off point. Katuaq is housed in a newly built facility designed to be in harmonious synchrony with the glaciers and undulating hills of Nuuk, and also to reflect the Northern Lights that roll across the night sky above, especially in summertime. The house cafe is a social hub for artists and visitors alike, serving a variety of hot and cold food and drinks, and the venue also caters for functions and conferences. Showcasing the best of art and performance of Greenland is the venue’s main mission, and the conviction is evident in the regular concerts and exhibitions. 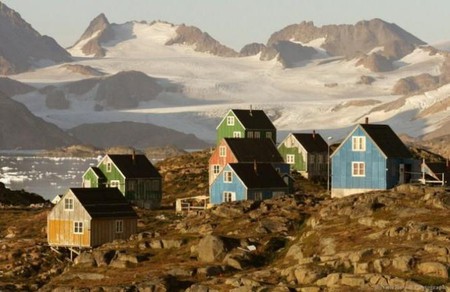 Kulusuk is known as the Gateway to East Greenland, and also looks like the end of the rainbow, where a pot of multicoloured gold lies, in the form of picturesque and perfectly proportioned buildings. Dotted around the hillside in resplendent painted wooden beauty, the town is made of a colour-coded medley of dollshouse-like creations. The colours originally had a practical purpose; hospitals were yellow, fish factories were blue, houses were red and the telephone company was green. The island’s architecture comprises a perfect example of Danish colonial style, with timber kits brought from Scandinavia from the beginning of the 18th century.

The sole form of transport for many inuit hunters is fast becoming a popular adrenaline activity for daring visitors, and for those who have, it seems, seen and tried everything, there is a new challenge in the form of dog sleds. There’s no experience quite like speeding across glaciers as dogs glide in and out of formations pulling their charge behind them, with the breathtaking landscapes of Eastern Greenland breeze across in a cold whip of whites and blues. 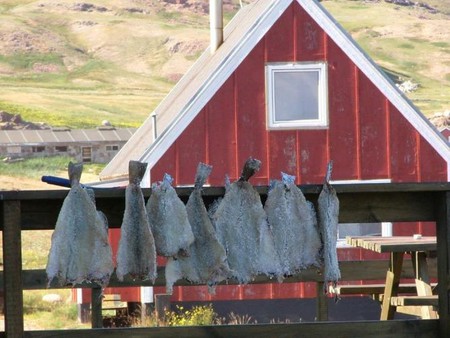 Qaqortoq is a port town that lies in the south of the country. In one of the oldest houses in the tiny main square lies an incredibly inviting, conscientious and sophisticated restaurant. Chef Emil Karsbaek serves up whale carpaccio, reindeer in blueberry juice and other experimental-traditional plates at Restaurant Napparsivik. Local produce from land and sea, bought at the local markets, or brættet, are enticingly presented and allow visitors to experience true Arctic cuisine. 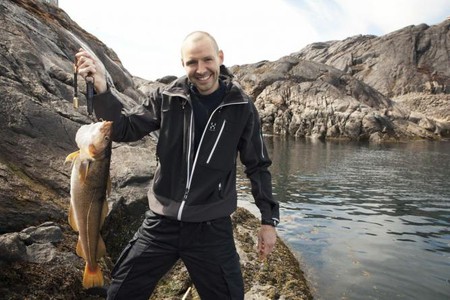 Nuuk Fish Market (or any other fish market)

Greenlandic cuisine thrives on fish, and no major town is without a well-stocked fish market. Whole fish or fins, seal ribs or whale meat are laid out in beautiful array, though the more rustic markets are not for the faint-hearted as gutting and hacking is done on-site. The Nuuk fishmarket is located in the commercial centre and is a highly sanitised, clean and distinctly non-fishy atmosphere. These fish markets, or ‘brættet’ in Danish, are great places to find out what the locals are cooking for dinner and see where the food that’s served in the restaurants is sourced from.