Born in Qaqortoq, Greenland in 1981, Bolatta Silis-Høegh is a contemporary artist with a fierce and fresh voice who challenges viewer’s conception of modern reality. Shelton Lindsay looks at her work, which engages with Greenland’s cultural and ecological identity. 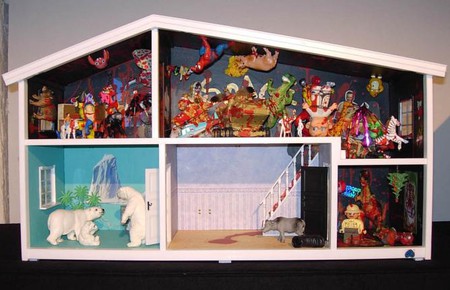 Art is clearly the life blood of Silis-Høegh’s family. Bolatta Silis-Høegh’s brother is acclaimed modern artist Inuk Silis-Høegh, her father is famed photographer and videographer Ivars Silis and her mother is Aka Hoegh, one of Greenland’s most prominent artists who is often cited as being one of the originators of the country’s independent artistic identity.

A graduate of the Aarhus Art Academy, Silis-Høegh began exhibiting her work in 2003 with a solo exhibition called Intaglio. From then on she has continued to exhibit regularly, and has produced several works for exhibitions with her talented family members.

Much of the artist’s work explores Greenland’s identity on the world stage as well as its relationship with its own past. By attempting to marry these two discordant principles, Bolatta Silis-Høegh is looking for a way to forge new avenues for discourse on the issues of modernisation and ‘distasteful Americanisation’ which she says is occurring all over Greenland, from the small and cosy cafés to the giant shopping centres. 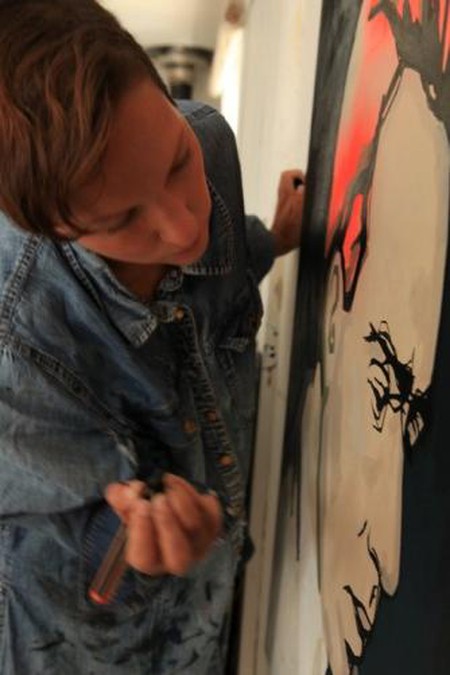 Silis-Høegh’ sees this state of affairs to indicate a great identity crisis. Concrete buildings are springing up everywhere; an otherwise splendid cultural centre becomes a multiplex cinema with a cafeteria that serves coca cola in plastic cups, or the cosy bakery replaced by charm abandoned supermarkets – this is why so many people are looking for the ‘original’ culture of Greenland.

It is this search for ‘original’ culture that first motivated Bolatta Silis-Høegh as an artist. Her early work is very much informed by the desire to reach out and understand the past while exploring ways to connect history to the present. She does this through a mixture of multi-media presentations involving everything from collages which inter-splice Disney graphics with more traditional imagery, to installations which ask viewers to question how the world will view the present time through the lens of history.

This hunt for ‘original’ culture, though it remains a vital interest for the artist, is an inquiry that she has departed from in recent years. The sense of national romanticism inherent to these projects prevented Bolatta Silis-Høegh from being able to see the larger picture surrounding her work and how it relates Greenland to contemporary culture at large.This shift in focus can be attributed to the time she spent away from Greenland in Copenhagen. It was upon coming back to Qaqortoq that she began to view her society and its unique context in a new light. By exploring the positive and negative aspects of her own community, she was able to approach her investigation from a broader point of view and thus more radically analyse how society forms and functions. 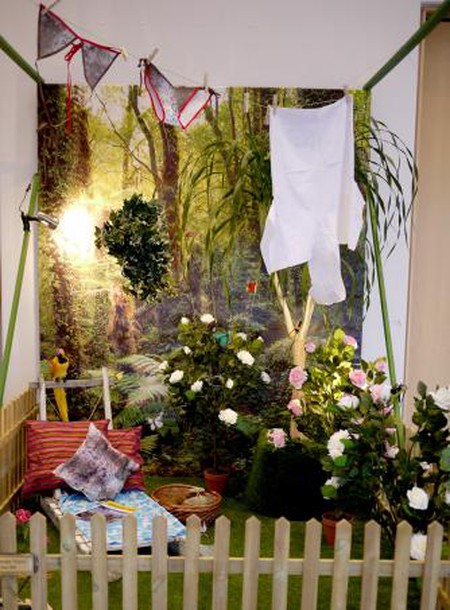 These particular musings helped Bolatta Silis-Høegh to produce what may be her most famous work, Haveforeningen Sisimiut 2068. A Complex and often humorous meditation on the global warming crisis, this installation piece acts as a window into the future and takes the form of a mock garden allotment from the year 2068. Bolatta Silis-Høegh replaces the traditional aesthetic of Greenland’s natural spaces with a lush and dense jungle of tropical plants, palm trees, coconuts and butterflies. Articles from Greenland’s rich cultural past, such as the Ulo, or traditional woman’s knife, an old dog sled, and an anorak can be seen lying about the installation as casual throw away reminders of a past lost to greed and human negligence. Yet for its harsh critique of contemporary reality, the almost hyper real presentation of Haveforeningen Sisimiut 2068 asks viewers to comically engage with a vision of the future. The proposed scenario is not a barren and apocalyptical world, but one nevertheless different from dominant assumptions about the future; it forces one to consider what it is that defines culture, history and progress.

It is this playful melding of assumption, history and social commentary that makes Bolatta Silis-Høegh’s work so refreshing and topical. She speaks with a modern voice that is uniquely her own. Informed by the artistic heritage of her family and her country, she strives to create her own methods to bring topics close to her heart before the global stage.