The public art around Vancouver represents a great deal of the city’s past and hope for the future. Each sculpture was carefully planned by the artist as something that encompasses the culture of the city, and many a lovely to look at. Here is an easy guide to some of the city’s most well-known and beautiful sculptures. 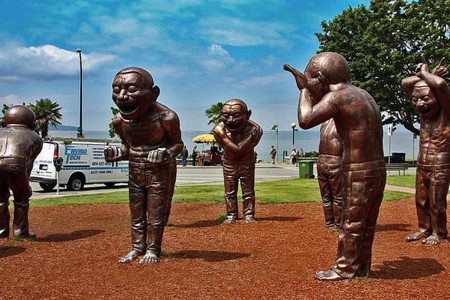 A bronze statue located in Morton Park, A-Maze-Ing Laughter was created by Yue Mingjun for the Vancouver International Sculpture Biennial. The sculpture depicts a series of 14 figures, each 3m tall and weighing at approximately 250kgs. The artist sought to represent different stages of hysterical laughter, and in turn inspire laughter and playfulness in the viewer. 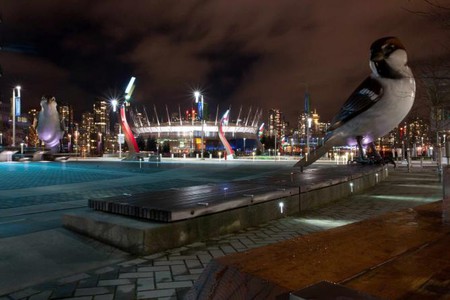 Built for the 2010 Winter Olympic Village, this pair of bird statues was inspired by Alfred Hitchcock’s movie of the same name. The sparrow are around 5 meters tall, making them more than 50 times the actual size sparrows. The artist, Myfanwy MacLeod, created them to be an ‘ode to immigration,’ as the house sparrows depicted are not native to North America. The sparrows also represent the history of the city’s shipyards, as it was common for sailors to have various different tattoos of sparrows. 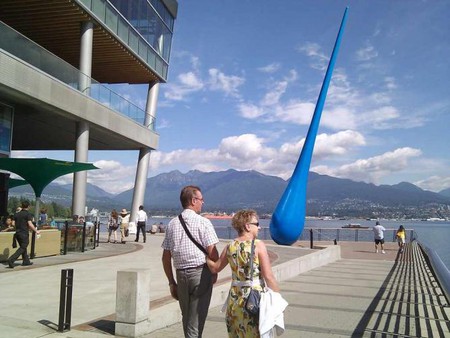 Located at Bon Voyage Plaza in the Coaltown neighborhood of Vancouver, The Drop was created by German artist group Inges Idee, and is over 65ft tall. The steel sculpture resembles a bright blue raindrop, and is meant to represent the fearsome power of nature and the human relationship with the water that surrounds us. 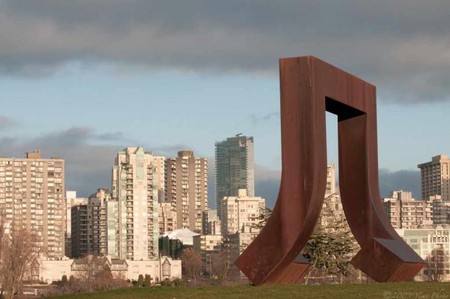 Gate to the Northwest Passage

Created in 1980 by Alan Chung Hung, the Gate to the Northwest Passage was built to commemorate the arrival of Captain George Vancouver to the Burrard Inlet in 1792, and sits next to the city’s Maritime Museum. The rusted steel sculpture is over 4.6 meters and has been likened to a twisted paper clip, as the square shape of the sculpture has been twisted to create an arc. 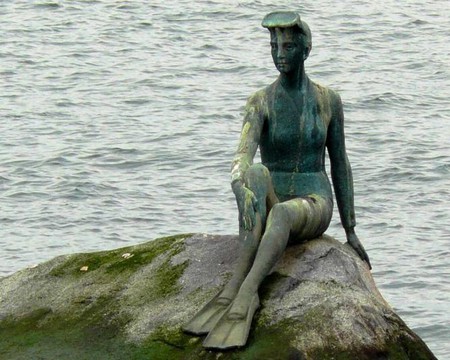 Girl in a Wetsuit

Located on a rock in the water on the north side of Stanley Park sits Girl in a Wetsuit, a sculpture created by Elek Imredy in 2007. As the name suggests, it represents a girl wearing a wetsuit and flippers sitting on a rock after what seems to be a long day of scuba diving. The statue is made of bronze and is lifesized, but doesn’t have any symbolic meaning other than to represent the growing interest in scuba diving in Vancouver at the time. The statue is beautiful to look at over the water, and has inspired others to take a swim or maybe even try diving for themselves.